Bold And The Beautiful Spoilers For The Week (September 7, 2020)

Steffy will try to play on Finn’s sympathies in order to get her prescription refilled, this week on the Bold And The Beautiful (B&B). Also coming up, Bill and Ridge will face off and Katie and Brooke will attempt to mend fences. Learn more below in the B&B spoilers for the week of September 7, 2020.

Spoilers tease Steffy will become desperate when Finn turns down her request for another prescription refill. The doctor will sympathize with her, but he’ll also tell her he can’t ethically give her any more pills. Finn doesn’t want to see Steffy become dependent on the medication and hasn’t yet realized she already is.

Steffy will also show Finn her vulnerable side when she lets her guard down around him. She will open up to him and will even admit she’s not just in physical pain but is hurting emotionally as well. Playing on his sympathies, she’s hoping the doctor will change his mind and refill her prescription. Although Finn will still decline her request, he will be kind and provide a shoulder for her to lean on. 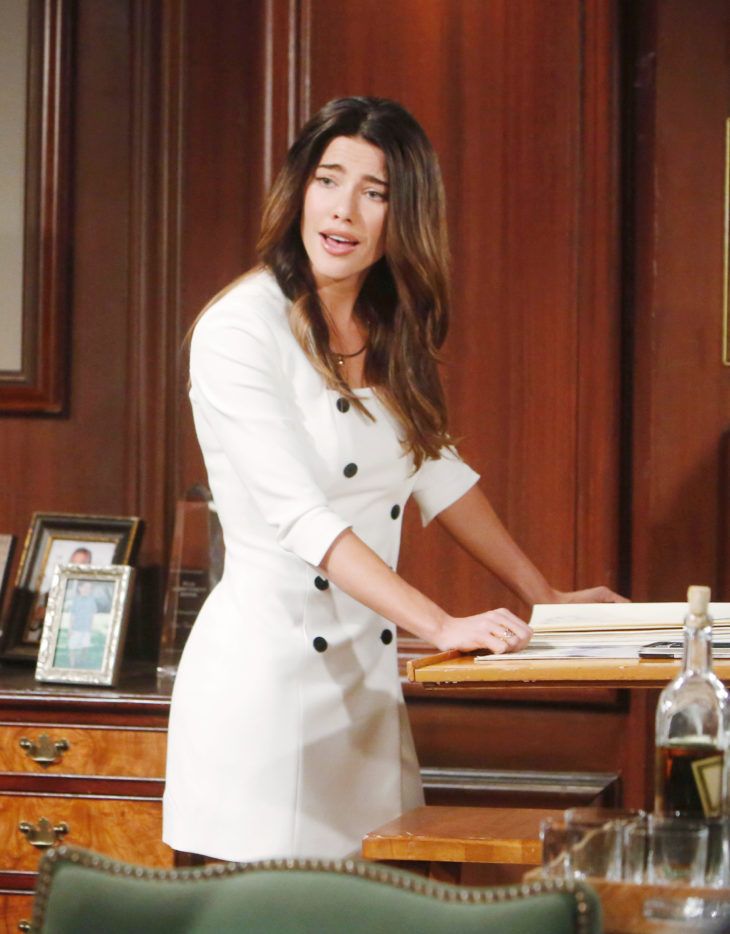 Bill’s words of warning will be ringing in his ears and Liam will reel when Steffy calls and gives him an earful. He’ll find out Hope didn’t take Kelly back to Steffy’s place as she had promised and Steffy doesn’t like it one bit. Of course, Hope will try to smooth things over, explaining that Kelly and Douglas were working on a project together and she was going to bring Kelly back to the cliff house later. 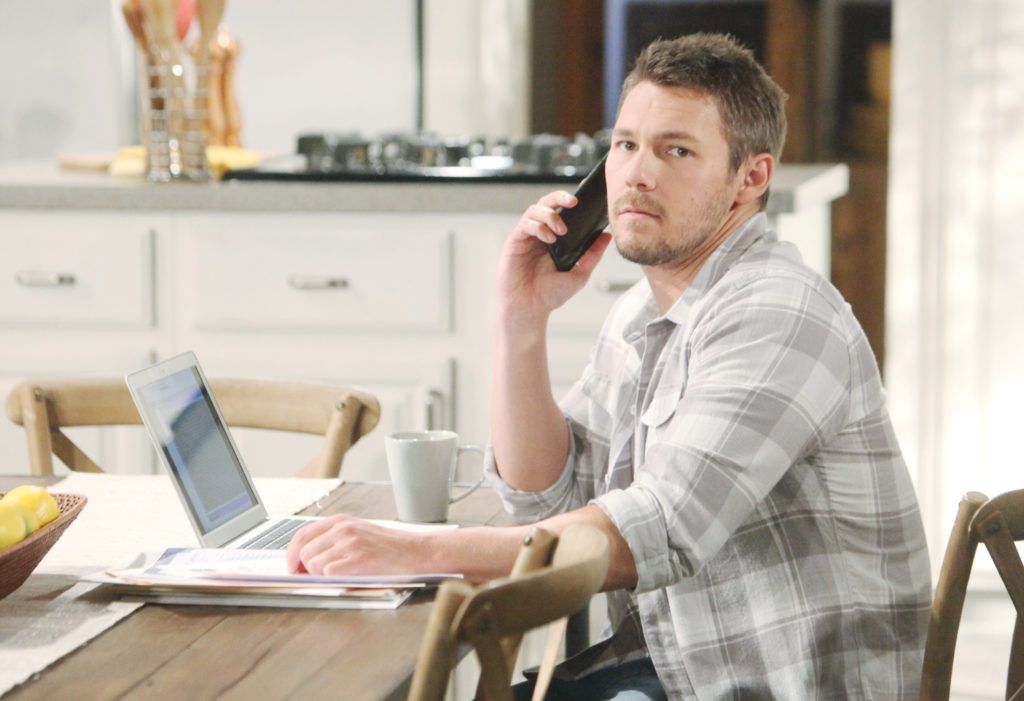 Spoilers tease Shauna will move into the Forrester mansion. She’ll be thrilled that she and Ridge will finally be living together as man and wife, even though she still feels guilty about how her nuptials came about. And rumor has it, Wyatt will make a joke about a drunken Las Vegas wedding that will hit to close to home. 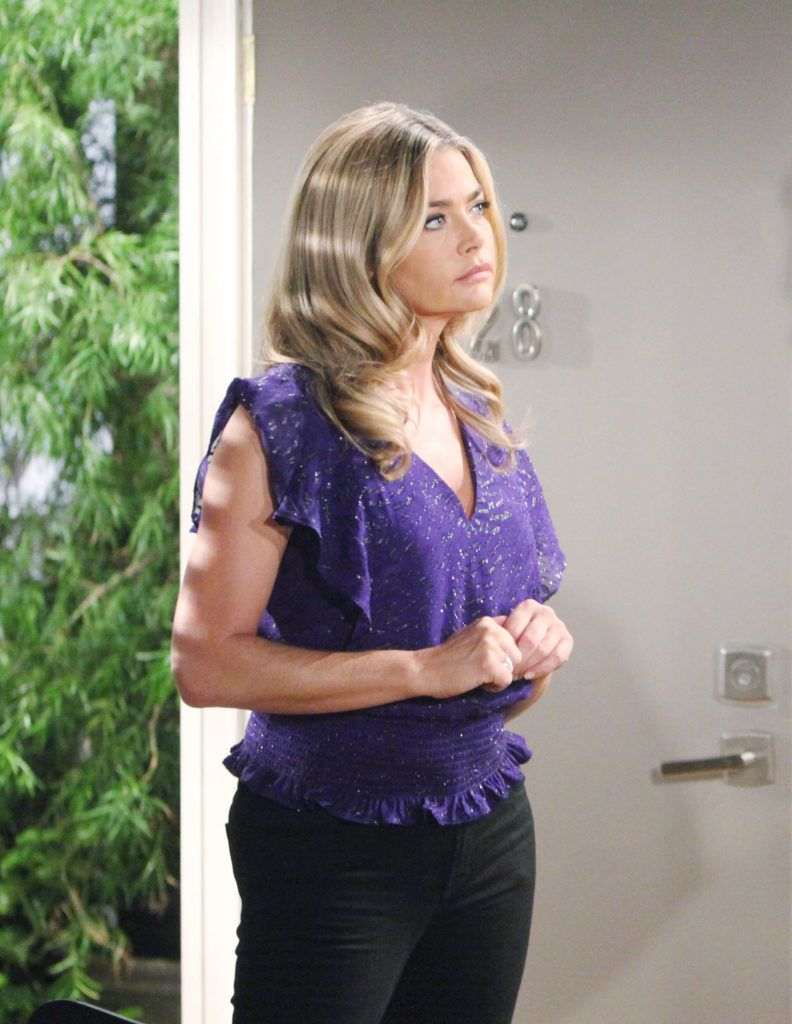 5. Ridge And Bill Face Off

Ridge will face off with Bill this week and he’ll bring up his rival’s past transgressions against his family. Bill will give it back as good as he gets when he spouts off at The Dressmaker for breaking Brooke’s heart. But will he also tell Ridge the only reason he was at her house that night was because Quinn had egged him on and encouraged him to tell Brooke how he felt? 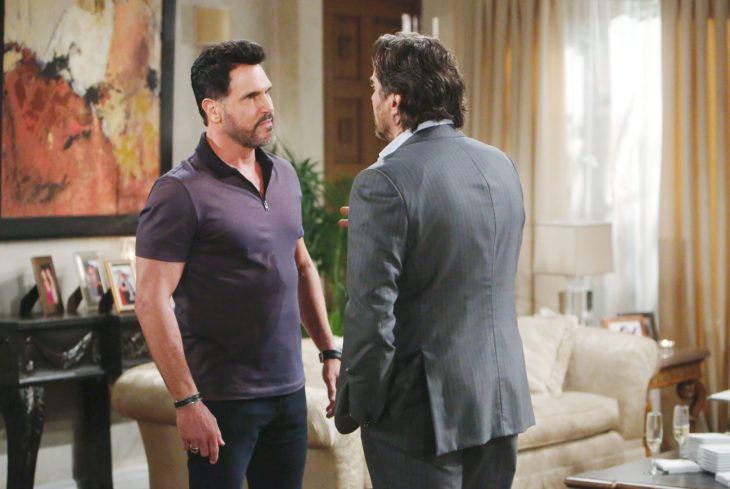 Brooke and Ridge will be stunned when they find out someone unexpected is on their side. Could it be Thomas? After all, even Steffy was taken aback when Thomas admitted Brooke was good for his father. He even expressed some regret about his past actions towards Bridge. Will he tell Brooke and Ridge he now supports them? 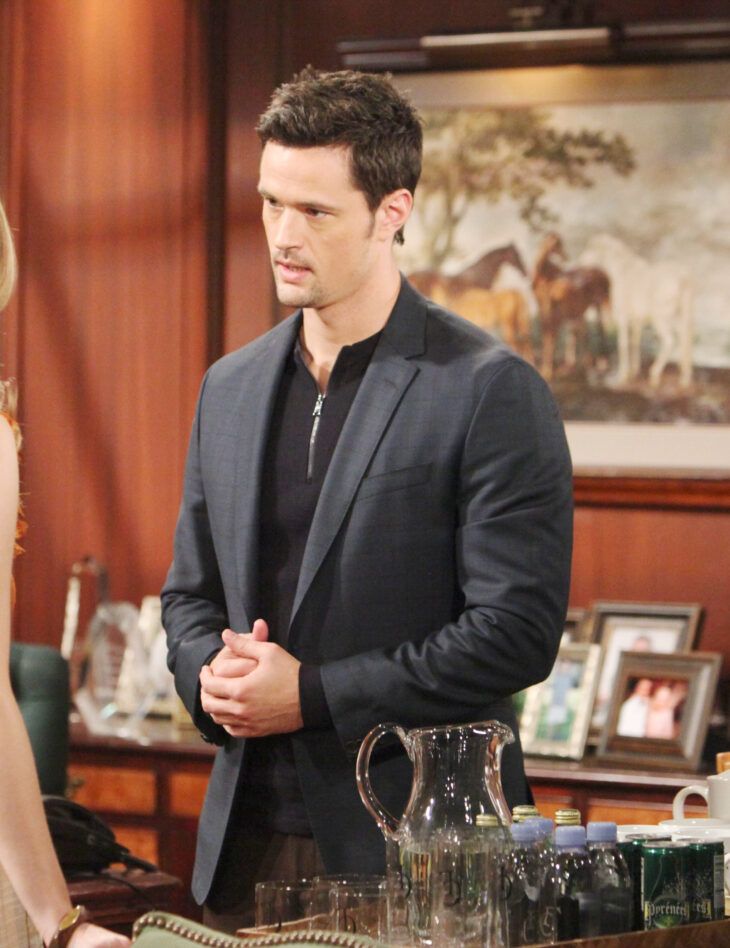 Brooke will again attempt to make up with Ridge. She refuses to believe she and Ridge are over for good and she will appeal to him to believe her when she repeats that she’s not in love with Bill. But Bridge will be interrupted when Quinn shows up at Brooke’s door. And what she does next will be enough for Ridge to take action. 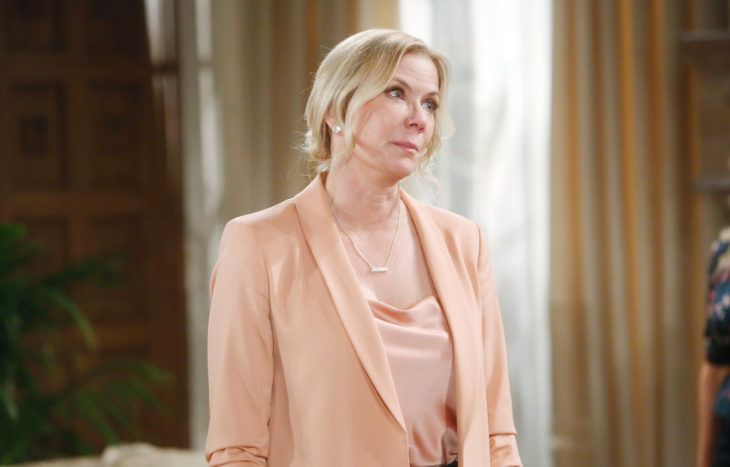 Rumor has it, Ridge has had enough of Quinn’s latest antics. After she interrupts his conversation with Brooke, he’ll go to his father and tell Eric all about Quinn’s brazen and devious move. Ridge knows Quinn is cunning but has he figured out everything she’s been up to lately? And will Eric do anything about his wife’s recent actions? 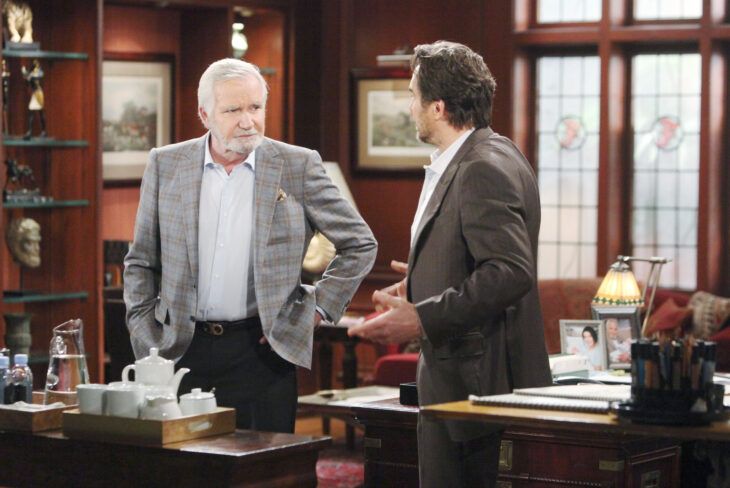 Brooke and Katie will attempt to make peace this week. As they discuss what’s been going on in their lives, they’ll begin to realize they’ve been manipulated. Katie will mention that when she found out Bill had professed his love to Brooke, he had been talking about it with Quinn. But will they also put two and two together and realize Quinn was responsible for Ridge’s Las Vegas wedding to Shauna? Keep watching B&B to find out! 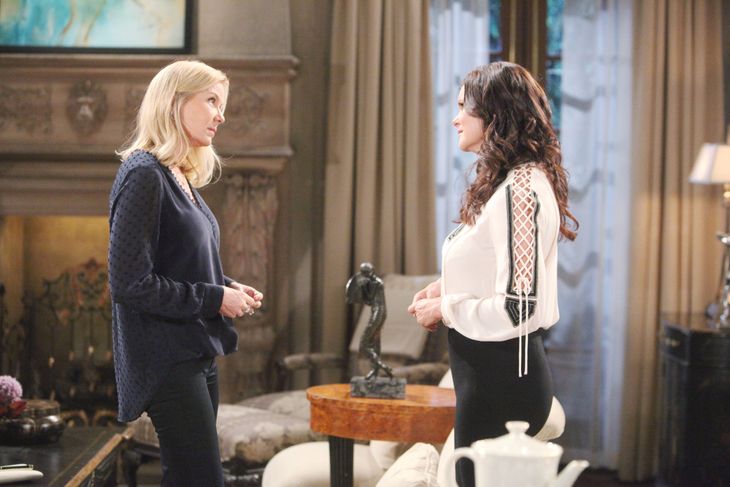 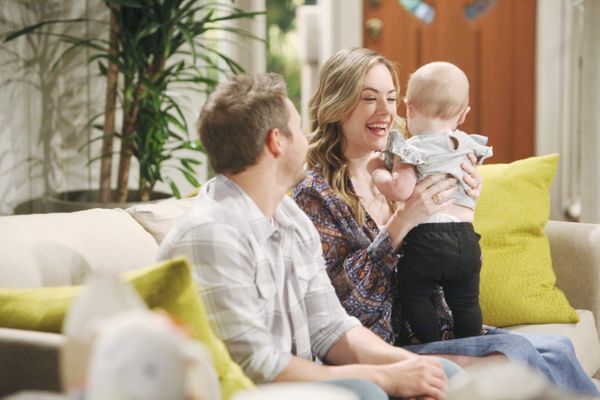