The Bold and The Beautiful (B&B) has had its share of memorable couples that have long since been forgotten. Some had an electric chemistry together, while others were coupled for the sake of their children. A few were scandalous, secret affairs. But as the years go by in the soap’s decades-long history, some of those couples have been disregarded. Below are B&B’s forgotten couples.

When viewers think of Hope’s first love, they picture Liam Spencer. But Hope’s real first love was Oliver. He was a photographer at Forrester Creations when the character of Hope was SORASed to a teenager in 2010. Oliver was smitten with her at first sight. They started dating but Hope made it clear she was a virgin and was not yet ready to take the next step in their relationship. In a case of mistaken identity, Oliver thought Hope was ready during a masquerade party for her high school graduating class. Hope and her mother Brooke were both dressed in the same costume and Oliver ended up having sex with Brooke at the party. Brooke thought he was Ridge and Oliver thought Brooke was Hope. This incident ended any chance this forgotten couple ever had. 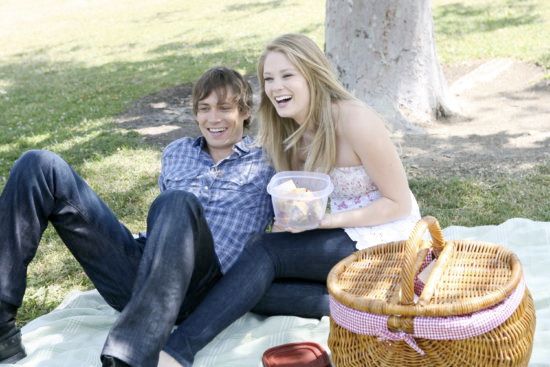 Kristen is the eldest daughter of Stephanie and Eric Forrester. In the early 1990s, Eric sent his daughter to Spectra Fashions to woo one of their designers, Anthony, over to Forrester Creations. Although he refused to leave Spectra, Kristen did end up wooing Tony, as he asked her out on a date. Kristen and Tony fell for each other, but Tony found out he was HIV positive. He broke up with Kristen, afraid she would contract the disease. When Kristen refused to give up on him, the two were married. Although the pair no longer appear on B&B, fans assume this forgotten couple remain happily married to this day. 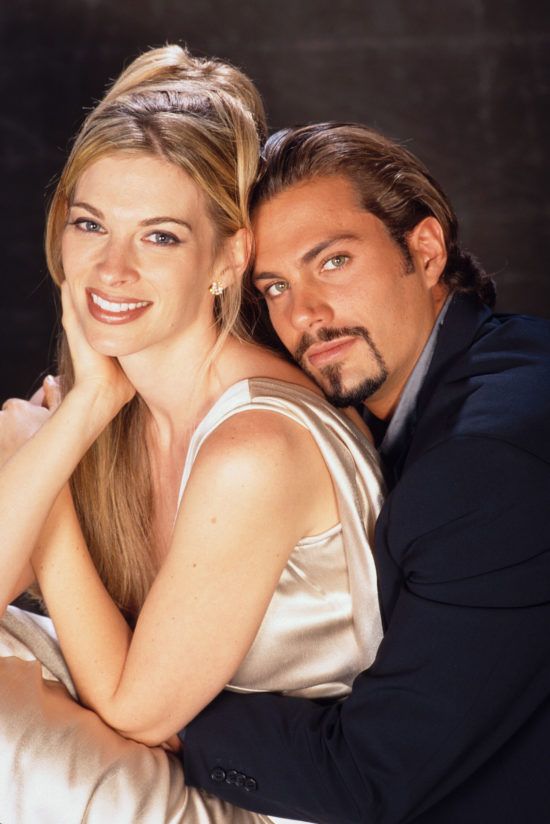 Another of Eric and Stephanie’s daughters, Felicia, was thought to have died of cancer in 2006. But when she returned from the dead, she found out her only child Dominick was being raised by his biological father Dante and his girlfriend Bridget. During the next few months, Dante and Felicia grew close. He proposed to her, even though he was still in love with Bridget. And this forgotten couple eventually broke up. 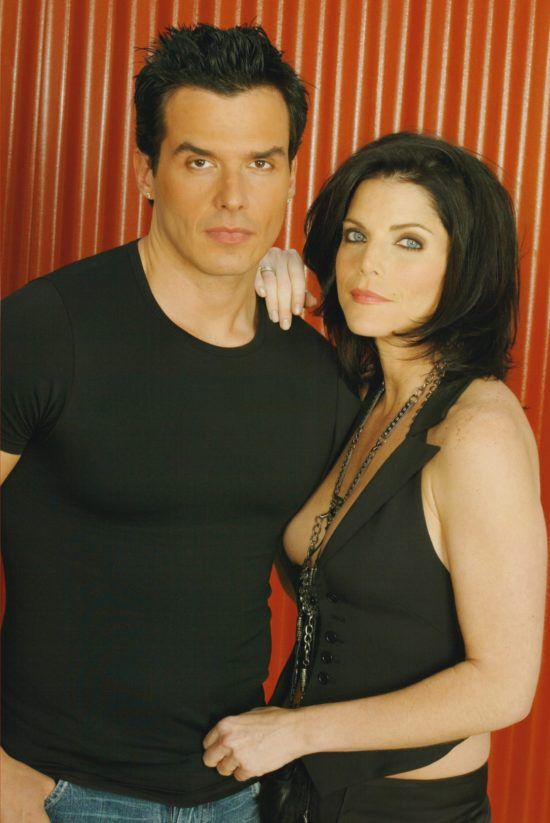 When Macy and Thorne’s marriage ended, she found solace in a new friend and fellow recovering alcoholic, Deacon. The two bonded over their struggles and fell deeply in love. They eventually married and started raising Deacon’s son Eric together. They also tried to win custody of Deacon’s daughter with Brooke, Hope Logan. But this forgotten couple’s relationship ended abruptly and violently when Macy was killed while performing at the opening of a new nightclub in LA. A chandelier fell on Macy, she was badly injured, fell into a coma and never woke up. 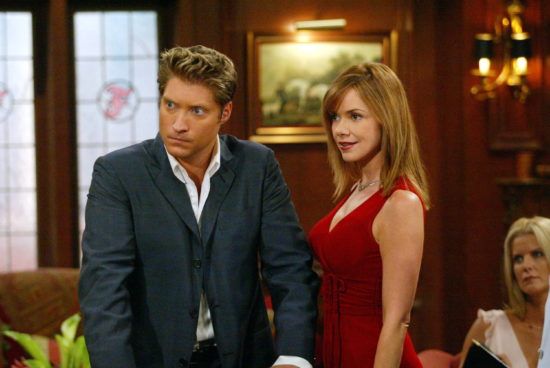 Sheila was presumed deceased on the Young And The Restless (Y&R) in the early 1990s. But she turned up in LA, caught the eye of Eric, and they quickly got engaged. When Sheila’s nemesis Lauren Fenmore discovered she was alive, she headed to LA to confront her. Lauren told Eric that Sheila had kidnapped her son and tried to kill her. When Sheila begged for forgiveness, he gave in and they were married. She then slept with another man and told Eric she was having his baby. He told her he’d had a vasectomy and separated from her. Viewers were reminded of this forgotten couple recently when Sheila reappeared on the B&B in 2017. She had returned, hoping to rekindle her romance with the Forrester patriarch. But Eric rejected her in favor of his wife, Quinn. 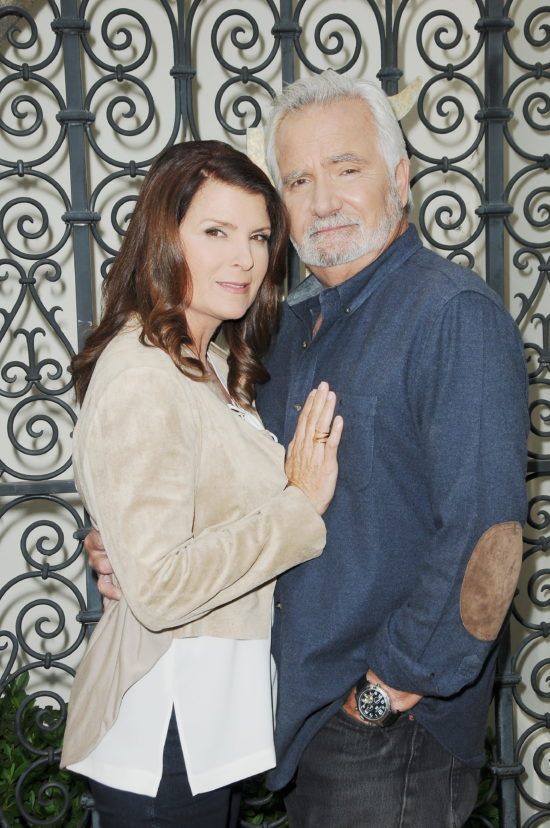 Another of several character crossovers with the Y&R, Lauren moved from Genoa City to LA in the mid-1990s after Sheila left town. Once there, Eric became infatuated with her and the pair had an affair. Lauren eventually broke up with Eric out of loyalty to her good friend Stephanie, who was hoping to remarry Eric. Sally found out about their liaison and slipped a photo of the two in bed together in a bible used at Stephanie’s marriage to Eric in Italy. Stephanie called off the wedding and as Eric and Lauren flew home, their plane crashed. They survived, then dated for a while but broke up. This couple has been long since forgotten. 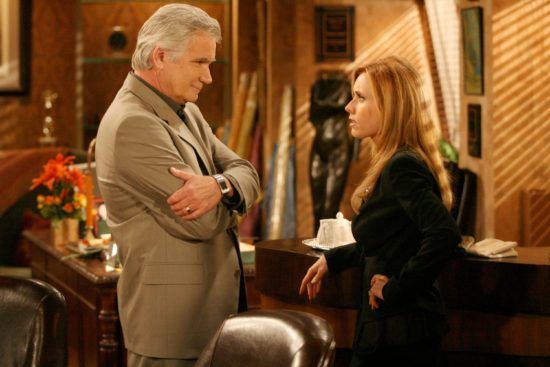 Speaking of Y&R crossovers, many have forgotten that Eric’s son Ridge was with Ashley in 2007. She arrived in LA from Paris, after having had an affair with Rick. Ridge was attracted to her and they got engaged. But when she went to Paris on a business trip for a few weeks, Ridge reconnected with Brooke and broke off his engagement to Ashley shortly after. 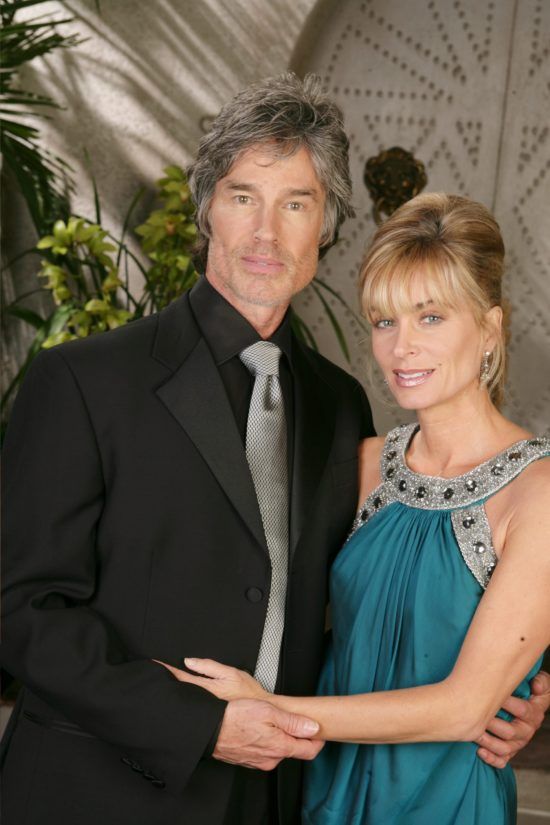 Clarke was a designer at Spectra Fashions who Sally was enamored with. She offered to give him half of her company if he married her. This offer was payable to Clarke on their second wedding anniversary. Sally almost stopped the wedding, believing that Clarke didn’t sincerely desire her. But she did marry Clarke in 1992, wearing a pink wedding dress he’d designed. When she realized she was expecting, being the cad he was, Clarke demanded she terminate the fetus. She lied and said she did but gave birth to CJ months later. When her employees showed Sally a video of Clarke making love to another woman, the night before their second wedding anniversary, she fired him and filed for separation. Clarke left the marriage with exactly what he deserved – nothing. 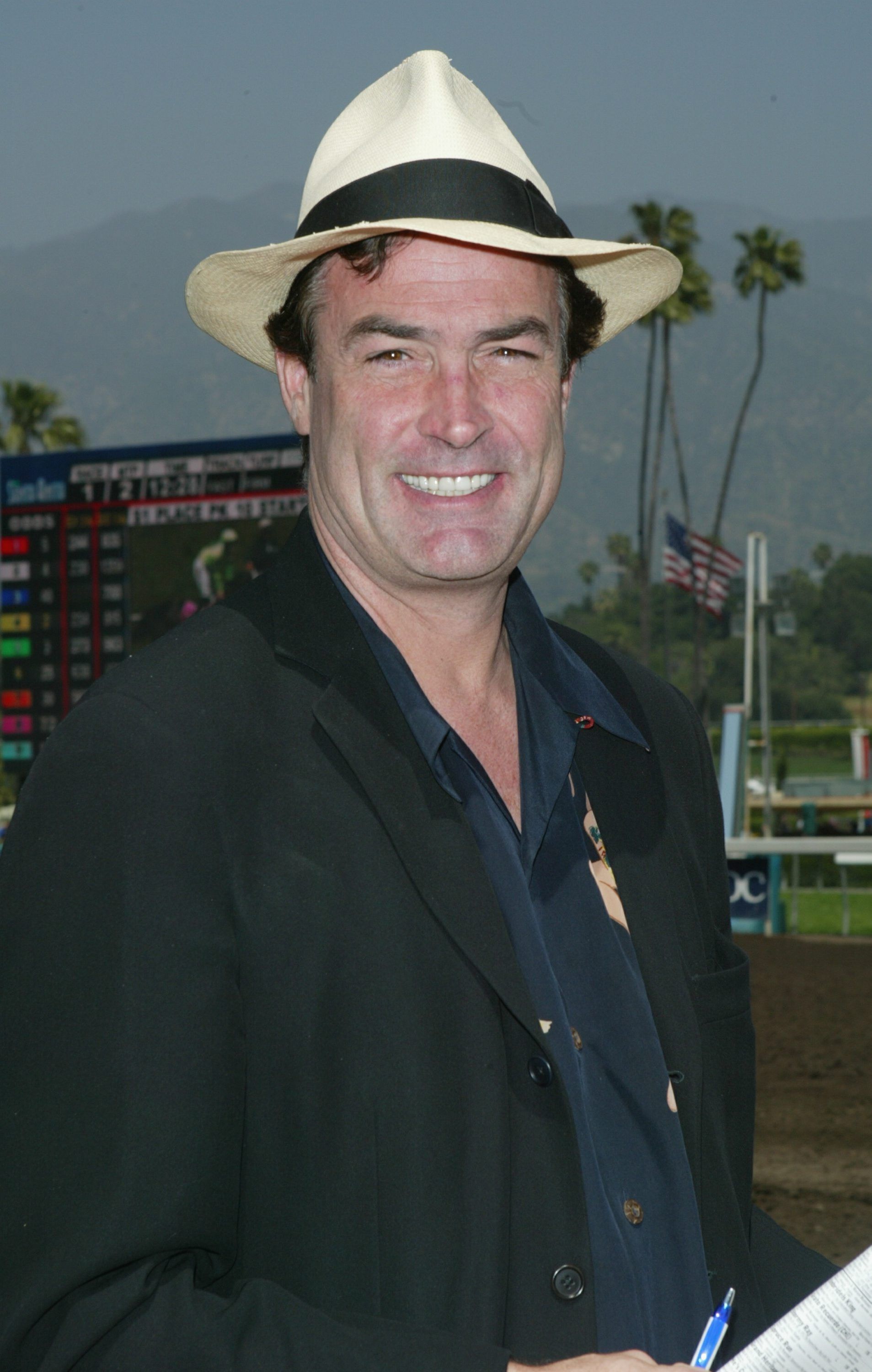 The biological son of Donna Logan and Justin Barber, Marcus was adopted by Eric Forrester during his marriage to Donna. Steffy and Marcus got together in 2008, after Eric gave him a job in the shipping department at Forrester Creations. The pair instantly clicked and began dating. When Steffy learned Marcus was Donna’s child, she was angry that he hadn’t told her himself. But the couple got through it. Later, Marcus became head of shipping at Forrester, and was Steffy’s boss, which complicated their relationship further. Despite being her boss, Marcus remained in love with her. But this forgotten couple broke up shortly after Steffy’s twin sister Phoebe was tragically killed in a car accident. 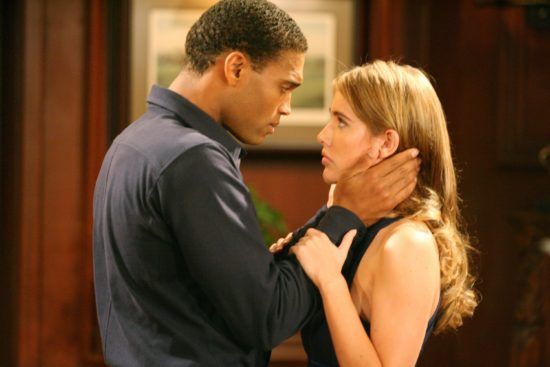 Quinn is currently happily married to Eric Forrester. But viewers tend to forget that just before their relationship began, Quinn thought she was in love with Liam Spencer. Liam had fallen and passed out in the Forrester Creations parking lot. He woke up days later in a cabin with amnesia. Quinn told him his name was Adam and hers was Eve and he was her husband. Days turned into months and, even though Quinn had loathed Liam, she fell in love with his alter ego, Adam. She tried to persuade him she was the love of his life; however, Liam still had many doubts about his “wife.” The romance ended suddenly when Quinn’s son Wyatt discovered his missing half-brother kissing his mother in the cabin. 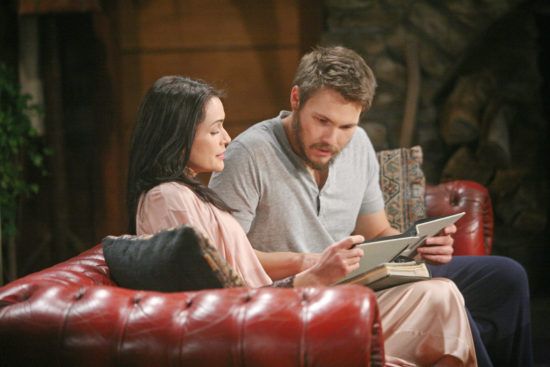 Owen and Jackie were involved in a May/September romance that burned up B&B’s screens from 2009 to 2012. Owen got a job at Jackie M Designs and started dating Jackie soon afterward. It annoyed her son Nick, who was sure Owen was after his mother for her money. He tried several times to break up the couple and when Owen proposed to Jackie, Nick vowed to end their relationship. Owen planned a surprise wedding for Jackie in Hawaii. When Nick found out, he rushed to stop it but was too late. Jackie and Owen eventually sold their LA house and moved to New York. This couple has been off the B&B canvas ever since and is long forgotten. 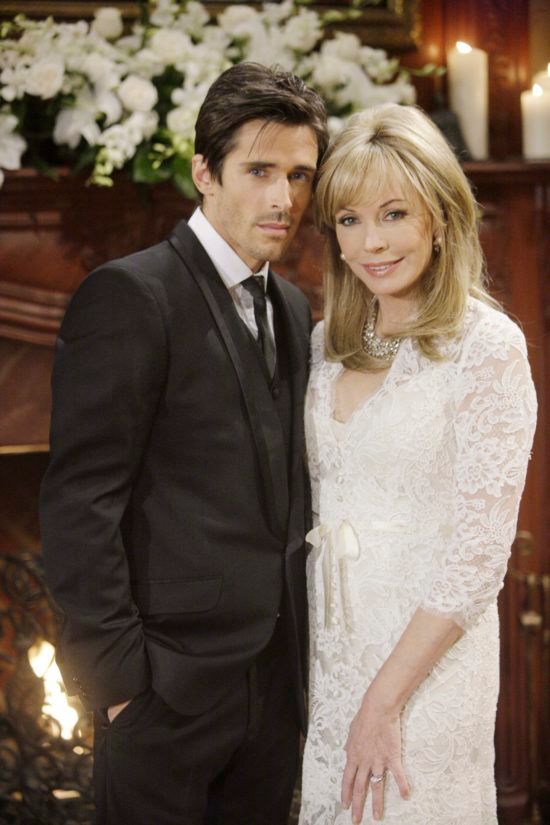 Many viewers forget that not so long ago, Bill and Quinn had a secret affair, while Brooke was waffling about whether she wanted to be with him. Bill was living at the beach house and Quinn would sneak in after dark. They had rough and tumble sex several times. Quinn was clad in black leather and had a whip in her hand as they threw each other against walls, the floor and finally, Bill’s bed. These two have a love to hate each other relationship and their off the chart chemistry could give Still a run for its money. This couple may be forgotten, but they’re not gone forever. On a soap like B&B, who knows what could happen between “Quill” in the future! 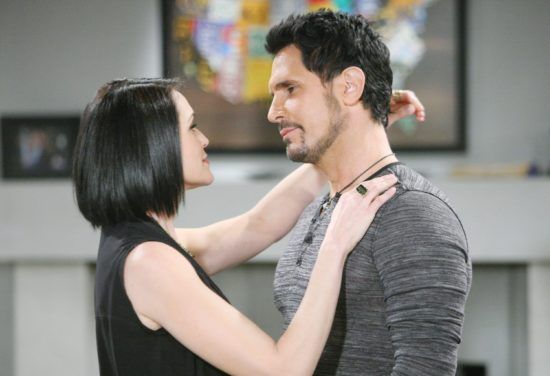 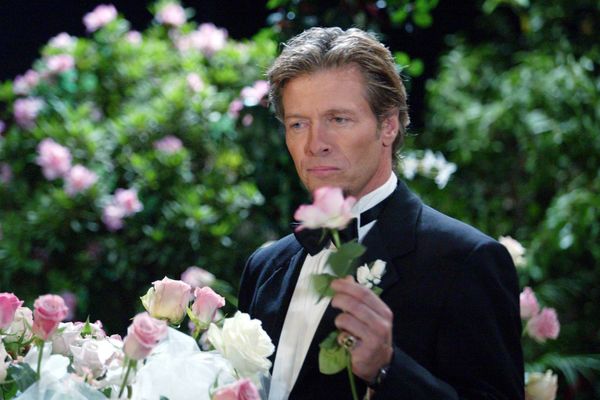