The Bold and The Beautiful (B&B) has had its share of villains, tyrants, heroes and eccentric characters but it’s also had some boring, wishy-washy characters who couldn’t make decisions to save their lives. Others began as interesting individuals and became incredibly dreary and mind-numbing to watch. Below are the B&B’s 12 Worst Characters of All Time.

Whipple “Whip” Jones worked in public relations at Forrester Creations and found out Brooke was pregnant with her daughter’s husband’s child. He blackmailed her but before long fell for her and then talked her into marrying him to hide the true paternity of her baby. Whip knew Brooke didn’t care for him but despite this, he let her walk all over him. He was literally Brooke’s whipping boy! When Bridget found out her husband Deacon was the father of Brooke’s child, Brooke kicked Whip to the curb and he left town. Years later, the character returned to Los Angeles, only to marry Taylor Hayes, who ended up dumping him because she was still in love with Ridge. Whip needed to man up, but the last time this character was seen on B&B, he was sitting around with his cousin Oliver Jones, sympathizing about being unlucky in love. 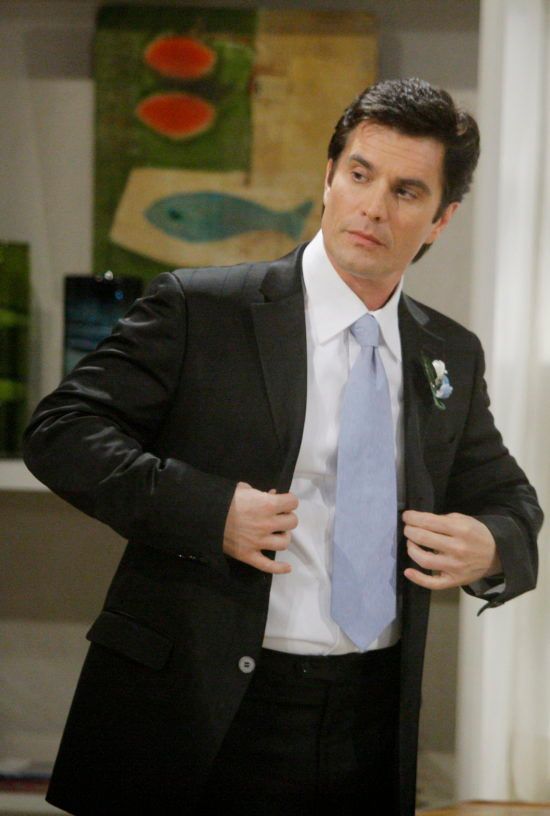 Speaking of needing to man up, Whip’s cousin Oliver was about as pathetic a character as Whip. A photographer at Forrester Creations, Oliver did have a few relationships on B&B but most of his time was spent pining for Hope. Oliver was Hope’s first boyfriend and she was upfront with him that she was a virgin and would remain so until she was married. Despite this, Oliver was stupid enough to think Hope was willing to have sex with him at her high school graduation costume party. It turned out Oliver had had sex with Brooke, Hope’s mother. Hope and her mother had both been wearing the same costume (that included a mask). When Hope found out about it, their relationship was over and Hope moved on with Liam. Oliver spent most of his time yearning for her and trying to win her back. 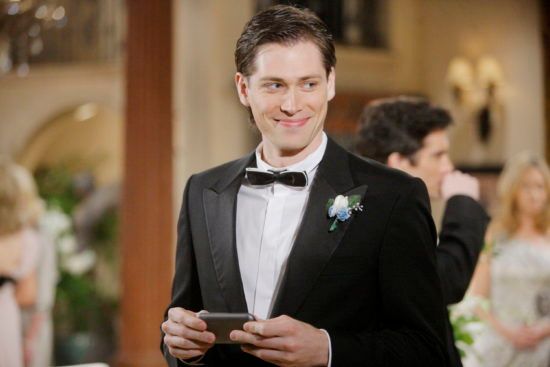 Played by Lorenzo Lamas, B&B viewers were excited to have a Falcon Crest alumnus make his way over to their daytime soap in 2004. Hector’s storyline was appealing when he first arrived; he was a single dad who ended up rekindling his romance with the mother of his daughter, Samantha Kelly, who thought their child had died. Then Samantha vanished from his life and he became enamored with Taylor Hayes, who was married to Ridge at the time. His obsession with Taylor and finding a way to make her love him became tedious and downright dismal and it was a relief when the character lost his sight (due to a fire he was caught in because he had kidnapped Taylor) and finally disappeared from the show. 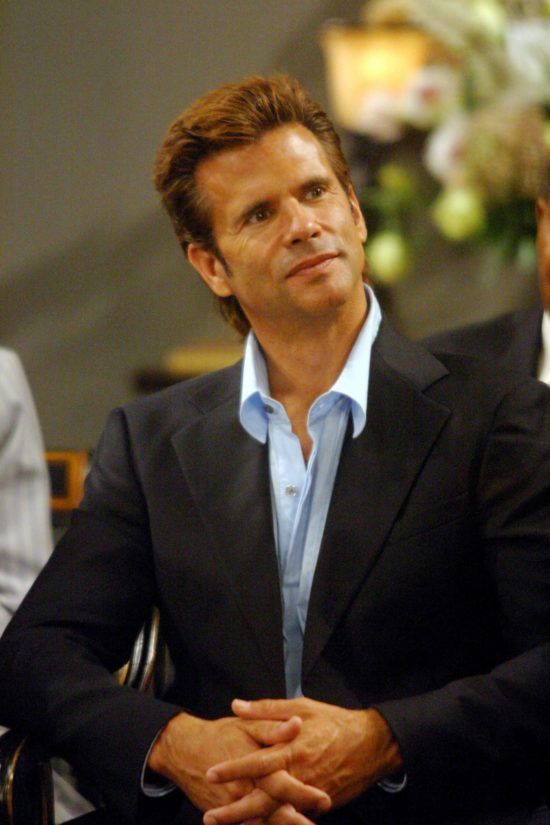 When Ivy first arrived in Los Angeles in 2014, she was a breath of fresh air. The Forrester family’s Australian cousin was cute, charismatic and even a little cheeky. But her relationship with Liam dragged the character down to desperate depths (at one point she guilted him into marrying her, so she could stay in the U.S.) until they finally broke up and she went back to the land down under. When she returned to LA in 2016, she took Quinn’s bad advice to “Americanize” herself, dressing just like her cousin Steffy and speaking with an American accent, all in a bid to win back wishy-washy Liam’s affections. Her Americanization did nothing but turn her already tiresome character into an even bigger waste of time. 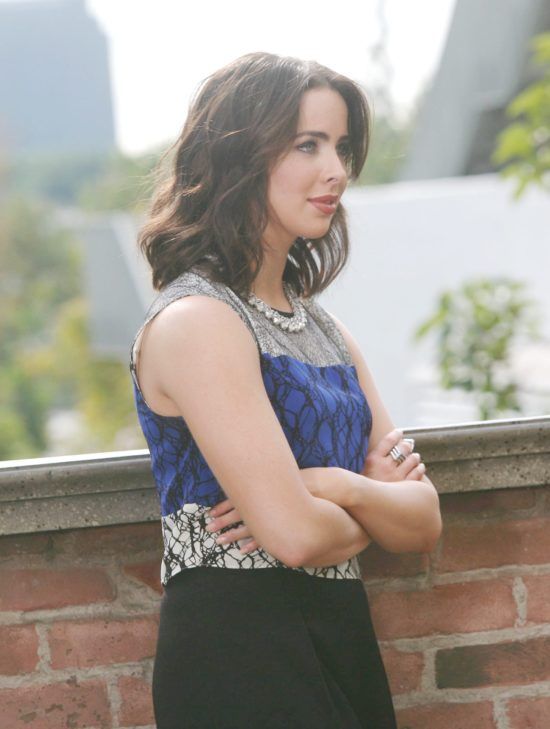 The character of Carter Walton was brought to the B&B canvas as the adoptive brother to Donna’s illegitimate son Marcus. An attorney, he was hired by Ridge as Forrester Creations’ legal counsel. Since then, the most exciting thing to happen to Carter was his awkward and stilted romance with Maya Avant. This character is so bland, he’s currently only ever in a scene when someone either needs legal advice or is getting married, as he’s a licensed wedding officiate. 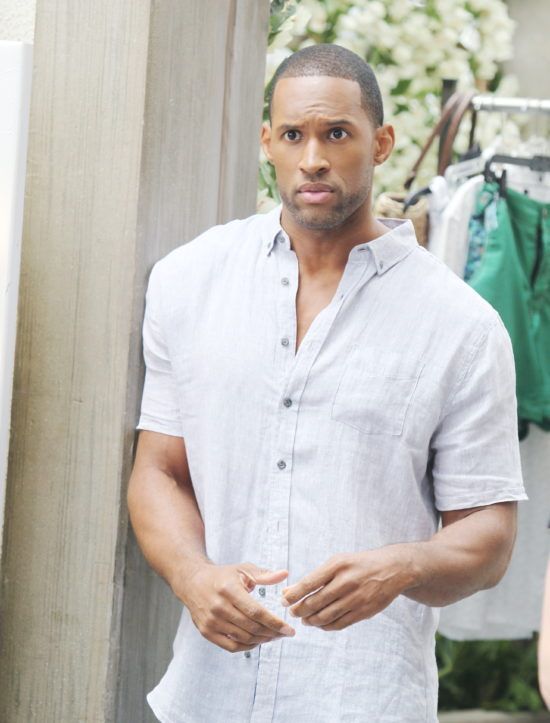 The character of Gabriela was so dull that her main function on the show in 2004 was as a pawn in a fashion face-off. The daughter of Stephanie Forrester’s housekeeper Helen, Gabriela, found out she was in the United States illegally when her mother died. Thomas Forrester flew her to Las Vegas and married her, so she could stay in the U.S. His father Ridge was not pleased and came up with a compromise – he and Thomas would battle out Gabriela’s fate in a fashion competition. If Thomas (who was designing for Spectra Fashions) lost, his marriage would be annulled. Ridge won, and the marriage was over. Gabriela eventually found out she could continue to live in the U.S. legally, then headed off to college. That was the last viewers ever saw of Gabriela. 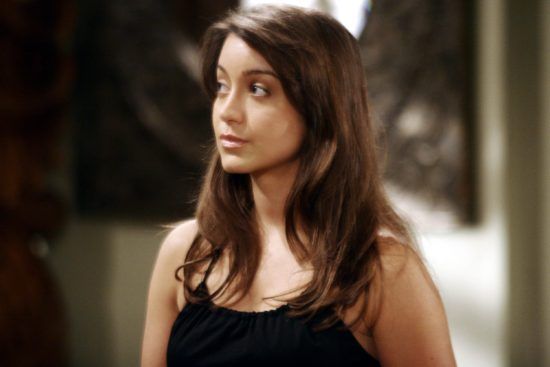 You’d think having two eccentric parents like Sally Spectra and Clarke Garrison would make a person a little bit unconventional but not in the case of C.J. Garrison. As a teenager, the character was interesting and rebellious, getting into food fights and fistfights with Rick Forrester until the two eventually became friends. When actor Mick Cain came back to the show to reprise his role as C.J. last year after his cousin Sally Spectra arrived in Los Angeles, he had become as spineless as a jellyfish. He let Bill Spencer walk all over Sally and her reformed Spectra Fashions business and he caved just about every time Bill made a demand of him. He hasn’t been back since. 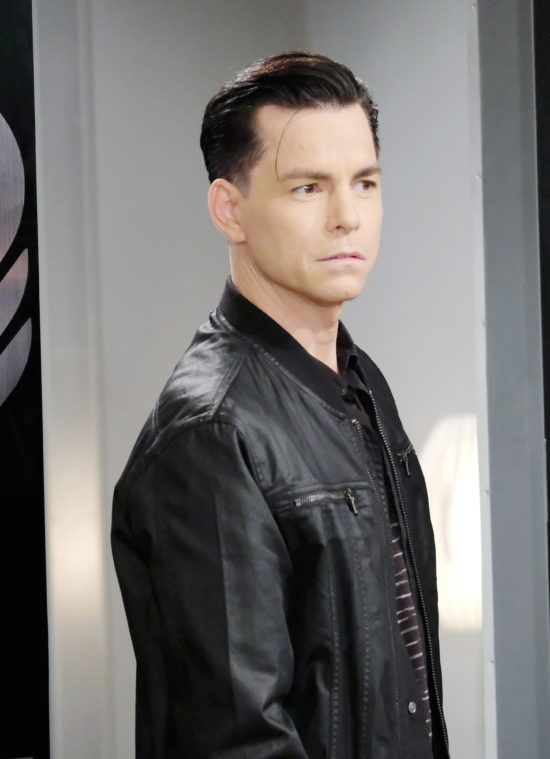 Although B&B has featured reality show contestants in bit parts over the past few years, this is the first time they’ve given a reality star a regular role. Nia Sioux, who spent her younger years on the show Dance Moms, was added to B&B as the character of Emma Barber earlier this year. Her acting skills needed some polishing, but Emma was sweet and spunky at first. When it was later revealed she was the niece of Justin Barber, Bill Spencer’s henchman, viewers wrongly believed there would be some intrigue this character would be involved in. But since her love interest Xander Avant arrived on the scene in early summer, Emma has become incredibly boring. All she does these days is stare jealously at Xander’s ex-girlfriend Zoe. 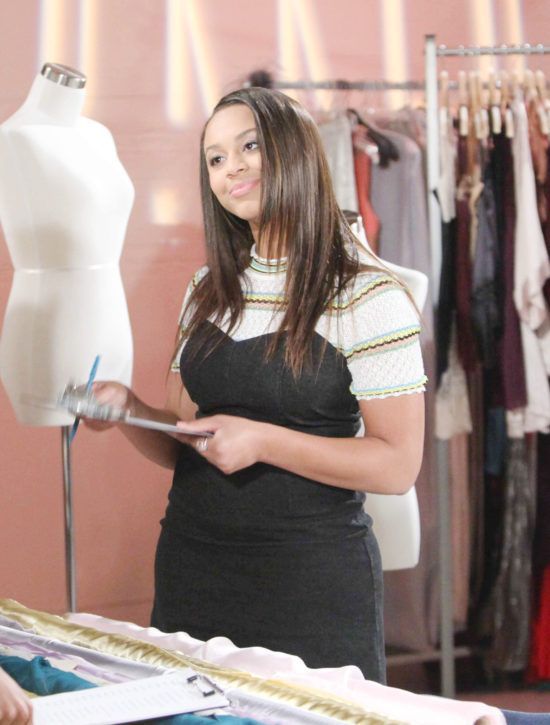 Brooke’s attorney Connor Davis, played by Scott Thompson, was a handsome addition to the B&B cast back in the early 1990s but when he fell for Brooke (don’t they all?) he became an absolute dullard. He turned into even more of a whipping boy for Brooke than Whip Jones ever was. As her lawyer, he would take her side and offer to defend her even after she’d treated him like garbage, which she often did. He dated a few other women on the show in between his dalliances with Brooke but Connor was so boring that not many storylines came his way. The character would show up on occasion when a lawyer was needed (like Carter Walton) but eventually faded away. His last appearance on the B&B was in 2005. 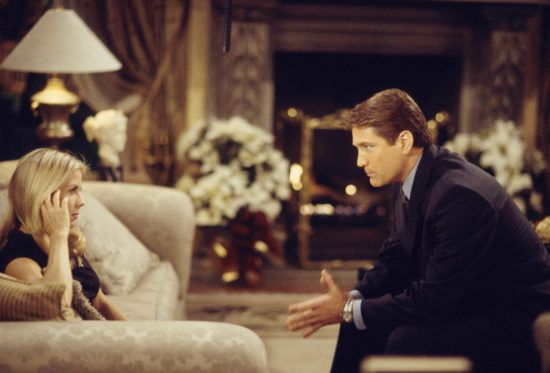 Grant Chambers was another boring character in a long list of men who fell in love with Brooke and/or Taylor but was rejected by them because of their love for Ridge. This incredibly weak character was a Forrester fashion designer who got engaged to Brooke, even though she was upfront with him that she was only doing it to make Ridge jealous. After they were married, Brooke refused to make love with Grant on their wedding night, and he still stuck around! When Brooke eventually found out they weren’t legally married, she kicked him to the curb as fast as possible. Grant died of cancer in 1998. 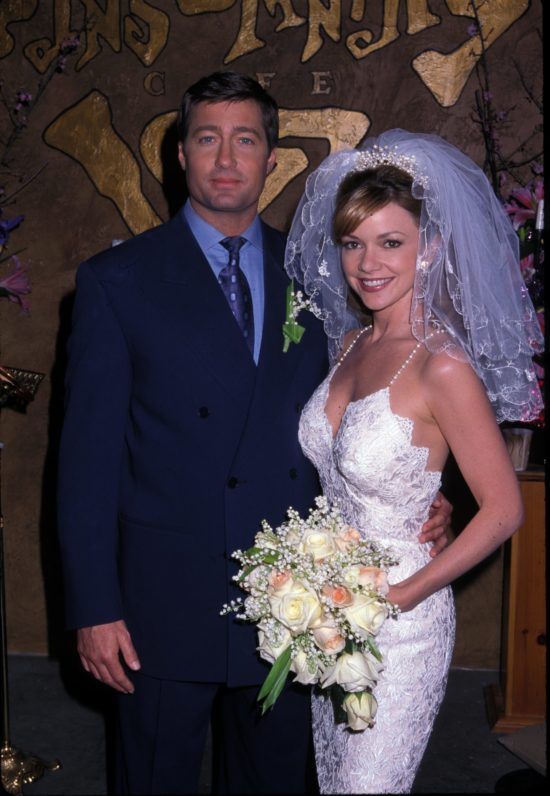 Coco was brought in as a summer love interest in 2017 for Brooke and Ridge’s son R.J. and her character was a goody two shoes from the start. An intern at Forrester Creations (as an aside, B&B writers should know by now these summer intern storylines do not work), she saved R.J. when some heavy boxes started falling on him in the warehouse. R.J. rewarded her with a kiss. When her sister Sally asked her to help Spectra spy on Forrester and take pictures of their designs, she refused. She got into a little trouble when she crashed R.J.’s car while texting and driving but other than that, this character was pretty dull. When Sally recently returned to Los Angeles, she didn’t bring Coco with her but if she ever does return, let’s hope the writers give her a juicier and more mature storyline. 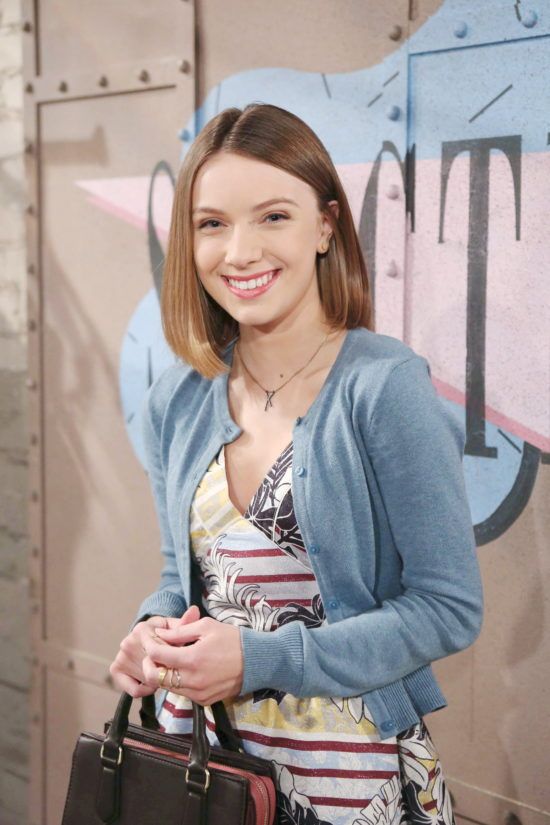 Scott Clifton is undoubtedly a talented actor, but unfortunately, the character he plays is loathsome. Liam simply cannot make up his mind about what he wants. Time and again, he’s got the choice between Hope Logan, who is as boring as he is but loyal to him like a puppy, and Steffy Forrester, the feisty and independent Co-CEO of Forrester Creations, who recently cheated on him with his father. Liam is so pathetic that during his most recent flip-flopping between the two women, Steffy basically said, “That’s it, I’m out,” and handed Hope over to him. Has there ever been a more spineless character in the history of this soap? 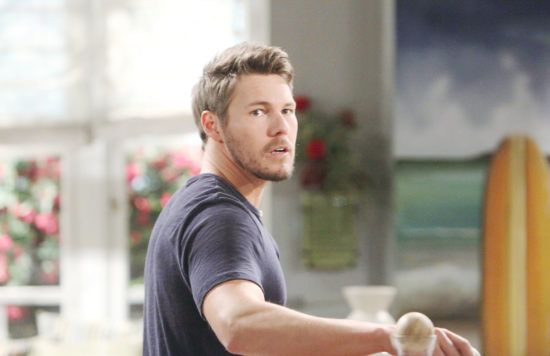 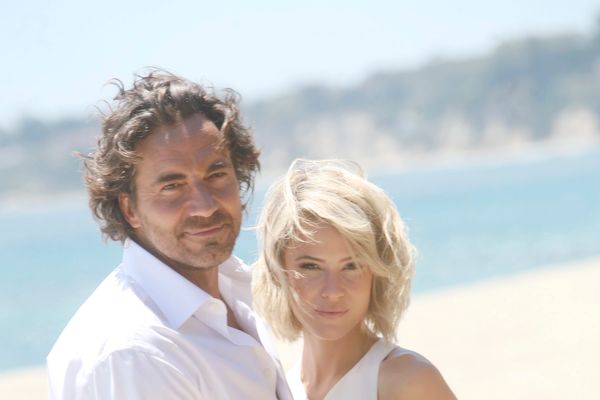