13 Celebrities Who Don’t Believe In Monogamy

Celebrities are known for being flakey – they begin and end relationships faster than we can blink and extramarital relationships are par for the course. However, the following stars are so cynical that they’ve adopted the idea that people aren’t meant to be with just one person. Here are 13 celebrities who don’t believe in monogamy…

Given that Hugh Grant cheated on his girlfriend at the time Elizabeth Hurley with a hooker back in 1995, it shouldn’t be too surprising that he doesn’t believe in monogamy. In a 2016 interview with Howard Stern, the Florence Foster Jenkins actor, he discussed the idea of monogamy and how he doesn’t think it is feasible for people to be with one person for their entire lives. “Do I think human beings are meant to be in 40-year-long monogamous, faithful relationships? No, no, no. Whoever said they were? Only the Bible or something. No one ever said that was a good idea,” he said. He even implied that people who have long-term marriages also have affairs. “I always admire the French and the Italians who are very devoted to their marriages. They take them extremely seriously, but it is understood that there might be other visitors at 5 o’clock in the afternoon,” he told Stern. “You just never boast about [it]. They never say anything, but that’s what keeps marriages together.”

The Motorcycle Diaries star Gael García Bernal thinks that we inherited the idea of monogamy from the medieval period. “So many things have changed in the last century. The concept of monogamy is an inheritance of a medieval time, when family would carry the tradition of the name and certain privileges. It’s a way of organizing society, perhaps. So all the moral issues that carry with monogamy and the real meaning of where it comes from? It’s questionable nowadays. I can’t say I don’t believe in it, I just think that everyone has their own interpretation,” he told Elle.

While promoting the movie The Other Woman – a film about infidelity – Cameron Diaz announced that she doesn’t think monogamy is natural. “I don’t know if anyone is really naturally monogamous. We all have the same instincts as animals. But we live in a society where it’s been ingrained in us to do these things,” Diaz told InStyle.

Will Smith has hinted that his marriage to Jada Pinkett Smith isn’t monogamous. “Our perspective is, you don’t avoid what’s natural and you’re going to be attracted to people. And if it came down to it, then one would say to the other: ‘Look, I need to have sex with somebody. Now, I’m not going to if you don’t approve of it.’ In our marriage vows, we didn’t say ‘forsaking all others.’ We said ‘you will never hear I did something afterwards,’” the rapper-turned-actor said.

Jada Pinkett-Smith has hinted that monogamy is unrealistic in a long-term relationship. “Will and I BOTH can do WHATEVER we want, because we TRUST each other to do so. This does NOT mean we have an open relationship…this means we have a GROWN one,” the actress-turned-singer wrote on her Facebook page.

Shailene Woodley – who is only 22-years-old – doesn’t think humans are genetically engineered for monogamy. “I just haven’t met anyone where I was like, ‘Wow I could definitely see myself spending a season of my life with you. I don’t even know if humans are genetically made to be with one person forever,” Woodley told Marie Claire.

Hugh Hefner ins’t a huge believer in monogamy, but we already suspected that – I mean, come on, Hef had seven girlfriends at once when he was in his seventies! “I think that monogamy is something that has been invented along the way to take care of children,” the Playboy mogul said.

Fashion designer and film director Tom Ford has weighed in on monogamy. Despite the fact that he has been in a relationship with writer-journalist Richard Buckley for almost 30 years, he isn’t a strong advocate for monogamy. “I think that monogamy is artificial. I do not think it’s something that comes naturally to us,”Ford admitted.

Akon thinks that monogamy is totally unrealistic and that America should encourage polygamy instead. “The average guy in the world has a main chick, then they got a side chick, and then they got a jump off. At the end of the day as a male, we’re natural breeders by nature. We can’t even escape it if we wanted to,” the R&B artist said.

When Scarlett Johansson was married to Ryan Reynolds, she discussed the idea of monogamy with Cosmopolitan magazine. “I don’t think it’s a natural instinct for human beings and I don’t think a lot of people can do it,” the Golden Globe-nominated actress said.

Emma Thompson thinks it may be time for us to redefine relationships and the notion of monogamy. “I do think that monogamy is an odd state, and actually I think it’s an odd state for women. I think that we’re locked into certain ideas and certain romantic ideals that have shaped our thinking about relationships for some time. And I do sometimes wonder about whether there are alternatives, and about whether our fury and rage and disbelief and horror about infidelity is quite realistic,” the Oscar-winning actress said.

Ethan Hawke isn’t an advocate for monogamy, but we already assumed that – he cheated on Uma Thurman! “People have such a childish view of monogamy and fidelity. ‘He’s cheated so he’s bad, she’s cheated so she’s bad,’ as opposed to a recognition that our species is not monogamous. To act all indignant, that your world has been rocked because your lover wasn’t faithful to you, is a little bit like acting rocked that your hair went gray,” the Oscar-nominated actor said. 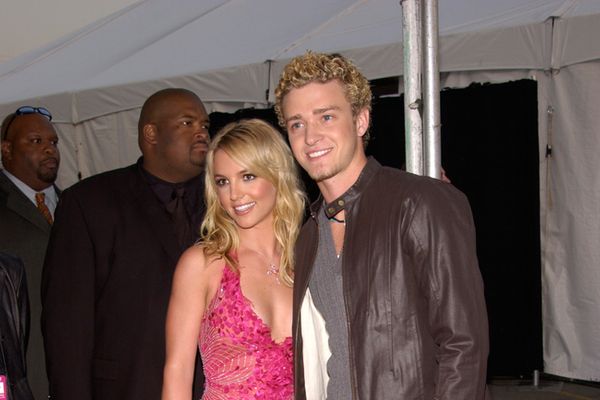