In the world of celebrity, it’s easy to guess where people lean politically. Tradition would dictate that if you’re gonna make it big in Hollywood, then you best align your politics with the left. Still, there are those who are quite outspoken when it comes to politics, and they don’t share the ideology of the political democrats. Consider a few well known celebrities who can’t be pinned to the “Hollywood left.”

Stacey Dash is an interesting anomaly in Hollywood–she genuinely doesn’t seem to age. At 47, people mistake her for early 30s, and often confuse her for the young, voting democrats associated by race and profession. Nope. Stacey is a card-carrying Republican. Many celebrities lean to the right when considering American politics, but few have received the backlash that Stacy Dash did when she openly admitted she would be voting for Mitt Romney in the 2012 Presidential Election.  Of course, the very real, misunderstood hate came spewing from all directions on social media: How could she!? She punched a hole in a ballot, that’s how.

Ben Stein has enjoyed a phenomenal career in politics and entertainment, and takes a pretty hard stance on traditional values. Before Ben Stein was known for his droning personality in Ferris Bueller’s Day Off, he was a writer, and wrote many speeches for Presidents Richard Nixon and Gerald Ford during their campaigns. Over the last decade, Stein has offered a common sense approach to political speech in the United States, and suggested that a progressive agenda with no goal in sight is nothing more than a waste of energy. He is, strangely enough, an outspoken proponent of the right wing as a Jewish man–something that is a rarity in and of itself.

The Ladies Love Cool James, and Cool James loves voting Republican. And Democrat. And… don’t pigeon hole this guy, because he’s an independent in every sense of the word. Regardless of being one of the foundations of empirical hip-hop, James Todd Smith has gotten back to his roots as he’s gotten older. He’s a church-going, God-consulting, spiritually active independent, who doesn’t like to be put in any boxes based on his skin color. So, when considering the upcoming election, it would be interesting to know where LL might lean in a race between Hillary Clinton and a likely Rand Paul.

Do you smell what The Rock is cookin’? It’s tough to tell. Like LL Cool J, Dwayne Johnson pledges his allegiance as an independent. And when you’re best known as The Rock, what else would you be? Perhaps The Rock has been influenced in recent years by the “Hollywood left,” but something suggests he is above all influence. He does what he wants, when he wants. Therefore, it’s no surprise knowing that he is more about getting people active in exercising their right to vote, than campaigning for any candidate in particular. In 2000, he even made appearances at the Republican and Democratic National Conventions.

Judging Vince Vaughn by his movie characters, one would guess him to be as liberal as they come. In one sense, that is true. He’s a legit liberal–a libertarian. Whether or not Vince is a registered member of the party–most likely he’s registered as an independent/decline to state in CA–he is all about personal liberty. Sure, he’s cool with conceal and carry weapons laws… Sure, he’s cool with the legalization of marijuana… Sure, he’s cool with gay marriage… No, he’s not a fan of affirmative action… Vince Vaughn doesn’t want to inhibit anyone’s personal liberties, and doesn’t believe Americans should rely on the Federal Government to solve problems, rather uphold laws and the constitution.

Any man who has made millions upon millions rocking on stage in iconic makeup and costumes has to be a liberal democrat, right? Not Gene Simmons. Not even close. Gene, who was given the name Chaim Weitz when born in Israel, is a pro-Israel independent, according to his own standards. To what degree will Simmons rock the political boat? In 2008, he loved the idea of Barack Obama. By 2012, he called his decision to vote for the standing president a mistake, and threw his support behind Mitt Romney. Ultimately, the KISS front man is not a fan of political correctness, and is no stranger to controversial statements. There’s little doubt that he’ll lean right in the 2016 election.

Where else could Buffy The Vampire Slayer lean politically, but to the right? She does have to protect those 2nd Amendment rights, after all. Seriously, Sarah Michelle Gellar is a Republican–or so her voter registration states. There’s no denying she likely voted for Barack Obama in 2008, and might lean toward Hillary Clinton in 2016, but is there something more that the private actress doesn’t share with her adoring public? Maybe she isn’t interested in politicians, rather policy. Who’s to say she didn’t punch a hole for the elephant in 2012? It’s definitely no secret that her husband, Freddie Prinze Jr. leans right.

There is no way 50 Cent could be anything other than a supporter of the Democratic Party, and President Barack Obama, right? Nope. 50 Cent throws a proud Republican stamp on his politics, including his love of former President George W. Bush. He once compared himself to Bush, suggesting that he was the George Bush of hip-hop–everyone may hate him, but he’d still be running things for the next four years. There’s never doubting where Curtis Jackson stands in any election.

There are few Hollywood conservatives as vocal as Jerry Bruckheimer. The producer who partnered with Disney for years, and now has a deal with Paramount, has brought to the public films and TV shows such as: Armageddon, Flashdance, Top Gun, Pirates of The Caribbean, Amazing Race, CSI and Black Hawk Down. He commands respect in Hollywood like few others, and most certainly a Republican. He has publicly donated to Republican campaigns, including the McCain/Palin ticket in 2008. According to Bruckheimer, he always wanted to be involved in making movies, and he feels that beyond politics, Hollywood is a respecter of hard work. 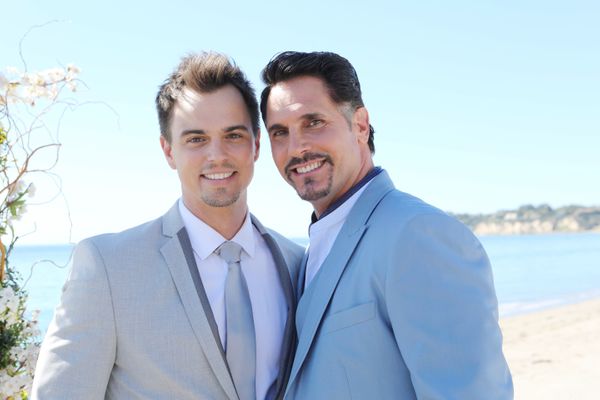