For some, Hollywood is not the route to happiness and success, and many actors tire of the fictitious lives of celebrities, craving something more substantial in life. Other actors age gracefully right before our very eyes on-screen and bow out at the end of their day, retiring from the biz with a good chunk of change and a well-respected image. This list takes a look at those actors who left the world of showbiz in search of something more:

Rick Moranis made the choice to step out of the spotlight after his wife tragically died of breast cancer in 1991. While he took on fewer roles to try to juggle his time as a single dad, his retirement came after the 1997 release of Honey, We Shrunk Ourselves and he hasn’t fully returned to showbiz since. With classic flicks like Spaceballs and Ghostbusters under his belt, it’s hard to understand how he doesn’t miss it.

Rumors regarding Jack’s disappearance from the limelight were widely circulated and tabloids began reporting the failing health of the most nominated male actor in Academy Award history. But Nicholson was sure to put a stop to all of the speculations: “I’m not going to work until the day I die, that’s not why I started this. I mean, I’m not driven. I was driven—but I’m not, I don’t have to be out there anymore…I had the most chilling thought that maybe people in their twenties and thirties don’t actually want to be moved anymore. They may want just to see more bombs, more explosions, because that is what they have grown up with. And I’ll never do that type of movie.” We can’t exactly blame Nicholson for his stance.

Alright so this guy didn’t really retire and he also didn’t really give up the biz to pursue other ventures. His last movie was Balls Out: Gary the Tennis Coach in 2009, and in 2010 he and his wife Evi had run off to Canada after they failed to appear in a California court to face felony vandalism charges. They tried to seek asylum in Canada, claiming that they were running from a celebrity-killing organization called the “Hollywood star whackers,” but were only granted permission to stay until 2011 and their request for permanent residency was denied in 2013. In 2015, they tried to cross into Vermont from Canada and were arrested. Not much has been heard from him since.

Child star Johnathan Taylor Thomas sent preteen hearts whirling and fans were devastated when the Home Improvement series ended. Instead of continuing on in the industry, JTT decided instead to focus on his studies and attended Harvard for philosophy and history. What’s even better is that in 2010 he graduated from the Columbia University School of General Studies. The last appearance he made on screen was on the show Last Man Standing.

Chuck Norris is best known for his role as Texas Ranger Cordell Walker on Walker, Texas Ranger that ran until 2001, but his real legend began when “Chuck Norris Facts” went viral. His popularity has only grown since his departure from acting after the series completion, but he hasn’t cashed in on the interest in his larger-than-life personality. Instead, he played a small part in his buddy, Stallone’s The Expendables 2, and has been contributing regular columns to the conservative blog, WorldNetDaily. He’s also published books and backed political candidates. Regardless, we miss you, Chuck…and that mustache.

Dave Chappelle is known for his disappearing act in which he left his hugely successful series Chappelle’s Show to escape the limelight and go live in South Africa. Critics had hailed him “the comic genius of America” and his flight produced rumors of a mental breakdown. In 2014, with David Letterman, Chappelle attempted to explain his desire for privacy: “There’s not too many good hiding places left in America.” The comedian is said to have left a deal with Comedy Central worth $50 million. When asked if he regretted his decision he said, “It’s very hard to go through something like this because no one’s really done it before, so there’s not too many people that don’t think I’m crazy.” Only time will tell if Chappelle has quit acting for good.

Joe Pesci retired from acting back in 1999, but not before giving us some classic flicks like Casino, Raging Bull, My Cousin Vinny, and of course, my personal favorite, Home Alone. But the actor hasn’t left the limelight completely. In 2006, he appeared in The Good Shepherd, and in 2010 he was in Love Ranch. It would seem that he’s been focusing on gaining fans in another area: music. Yep, Joe Pesci has released a few albums that combine humor, rap, and jazz.

This leading man had an acting career for the books. His time spent in the business spanned over 50 years and earned him two Academy Awards for The French Connection and Unforgiven. In 2004, he said farewell to acting and officially retired, but that hasn’t stopped him from soaking up some of the creative world’s limelight. Together with undersea archaeologist Daniel Lenihan, Hackman has written three historical fiction novels. He has also released two of his own novels, Payback at Morning Peak and Pursuit.

While this legend turned down what could have been the greatest role of his career as Gandalf in Lord of the Rings, we still have mad love for him for being the best James Bond. And this is good news because he turned down the role of Gandalf to star in The League of Extraordinary Gentlemen. Unfortunately, this dud would be his last film and he announced his retirement from acting after being awarded the Lifetime Achievement Award from the American Film Institute. Sean Connery’s legacy as the pioneer star in the James Bond films and his Academy Award for Best Supporting Actor in The Untouchables makes this actor’s retirement a crying shame. He doesn’t seem to think so though. In public appearances at sporting events, the ex-actor says, “retirement is just too damned much fun.” 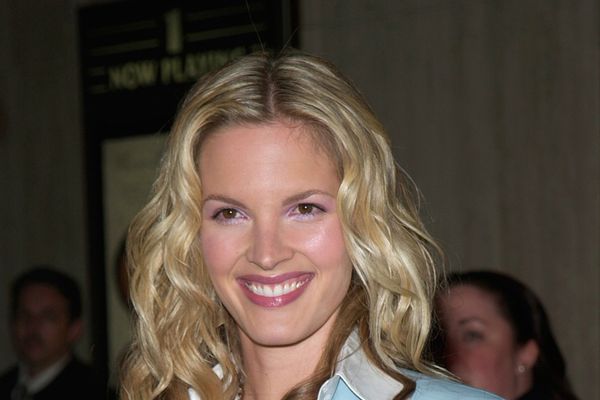