In the amazing film franchise Back to the Future, a teenager, Marty McFly (Michael J. Fox), and his genius scientist friend Dr. Emmett Brown (Christopher Lloyd) go to the past and the future in a DeLorean-turned-time-traveling device. While the first film from 1985 sees McFly sent 30 years into the past where he encounters his parents and the people they knew as teenagers, the second film, Back to the Future Part II, has McFly sent to the future which just so happens to be October 21, 2015. When the film was released back in 1989, there were many ideas about what over 25 years in the future would look like, and now that we’re finally here, it is a great time to look back on the film franchise that supposed we would be riding around on hoverboards and traveling in flying cars. Check out 10 Fast Facts about the Back to the Future series!

In the movie, McFly stands in front of a billboard which says the Chicago Cubs won the World Series that year. Interestingly enough, the Cubs battled it out with the New York Mets in the National League Championship Series, but they lost, and it was the Mets and the Kansas City Royals who made it to the World Series, with the Royals defeating the Mets.

For some of the other predictions the film made, we haven’t come as far in technology. For instance, in the movie, before heading to the future with McFly, Dr. Brown exclaims, “Where we’re going, we don’t need roads,” because in their version of 2015 everyone had flying cars. We are on our way but they are nowhere near the mass consumption stage yet. We also do not have robotic dog walkers, stereo vests or robotic gas stations, but we do have hoverboards — they just aren’t nearly as cool as they are in the movie.

The entire series has become a classic with many who were ecstatic to celebrate “Back to the Future Day” on October 21, 2015. As it turns out, however, it almost never came to be as the script was reportedly rejected over 40 times by every major Hollywood studio with writer Bob Gale telling CNN some studios rejected it “more than once.”

The DeLorean has become an icon thanks to the films and John DeLorean even sent a fan letter to writers Bob Gale and Robert Zemeckis to thank them for “keeping my dream alive” by using the car as the time-traveling device, but that too almost didn’t happen. In the film’s second draft, the time machine was actually a “time chamber” in the form of a fridge.

6. Before They Were Famous

Elijah Wood got his screen debut in Back to the Future Part II as one of the kids playing the arcade game “Wild Gunman” in the cafe. Apparently, Johnny Depp also auditioned for the role of Marty McFly, but Bob Gale doesn’t even remember it.

When Doc Brown kissed Clara Clayton in Back to the Future Part III, it was Christopher’s first on-screen kiss in his entire acting career. At that time, he already had 46 acting credits to his name and had been acting for 15 years, but never had to do an on-screen kiss in all that time.

While all studios initially rejected the film, Disney’s reasoning was that it was too “dirty” for them. Their explanation was that it was incestuous when Marty goes to the past and his teenage mother ends up falling for him instead of his would-be father. “You’ve got the kid and the mother in his car! It’s incest!” Disney told Gale and Zemeckis.

In the second film, Marty McFly sees that Jaws 19 is now playing in theatres and the sign says it is directed by Max Spielberg, who is the original Jaws’ director Steven Spielberg’s actual son.

Universal studio exec Sid Sheinberg suggested that no one wanted to watch a movie with the word “Future” in the title and instead it should be called Spaceman From Pluto and even made suggested script changes to make the title make sense.

It may have taken some time to get the film accepted by a studio, but it definitely paid off as Back to the Future was the highest grossing film of 1985 and raked in $210 million in America alone. 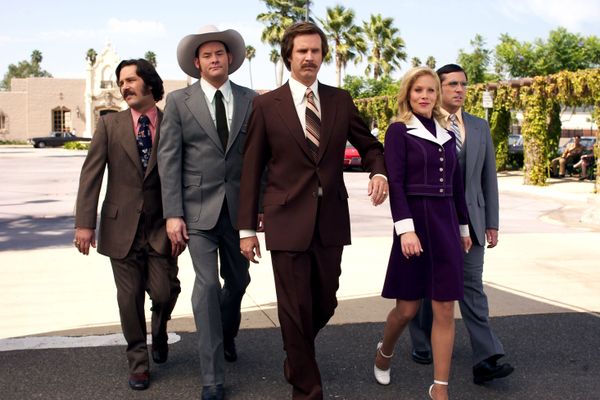