10 Forgotten Actresses From The Early 2000s

The early 2000s were an exciting time with the dawning of the new millennium, and many young actresses were cashing in on the changing of an era. But some of the budding starlets didn’t quite make the cut to stay on the radar into the next decade. This list takes a look back at some forgotten faces that were once plastered everywhere and that may evoke that sense of nostalgia for a time of cropped tops, streaky hair highlights, and flared jeans!

Elisha Cuthbert hasn’t quite disappeared from Hollywood, but her popularity has definitely waned since the early 2000s. Cuthbert got her start in her native Canada as a host on the television series Popular Mechanics for Kids in the late 90s. By 2001 she landed a gig on the hugely successful series 24, and began starring alongside fellow Canuck, Kiefer Sutherland. This helped raise her profile and from there she became the hot chick in The Girl Next Door, Old School, and House of Wax. Cuthbert continued to score television roles into the latter part of the decade and played Alex Kerkovich on Happy Endings. The show debuted to poor critical acclaim; however, the second and third seasons were highly praised despite poor ratings. Rolling Stone even declared the show was “the most underrated, under-watched series on TV, that may also be the funniest.” Cuthbert went onto One Big Happy produced by Ellen DeGeneres, but the show was cancelled after six episodes. This year we will see her in a Canadian film, Goon: Last of the Enforcers, but no one watches Canadian movies…

Lacey Chabert was beloved for her portrayal of Claudia Salinger in the ‘90s drama Party of Five, which wrapped up in 2000. She quickly jumped on a few surprisingly successful bandwagons including Mean Girls in 2004. She’s been in a few B-list movies over the past decade, but has largely spent her time doing voice over work for video games and television series such as The Avengers: Earth’s Mightiest Heroes, Family Guy, and Young Justice. She’s currently filming Acre Beyond the Rye, in which she plays the lead role.

Rachel Leigh Cook was huge at the beginning of the millennium with flicks like She’s All That, Josie and the Pussycats, and Antitrust. But she soon fell off the A-list radar and took to small-budget films, voice over work in video games and television, and started her own production company. In 2012, she signed on as the female lead in the TNT crime drama Perception, but the series was cancelled after three seasons. Only time will tell if she resurfaces to the fame she once held.

Mischa Barton played the unforgettable character of Marissa Cooper on the hit teen series The O.C. and she was even Entertainment Weekly’s “It Girl 2003,” but most people can’t name anything she’s been in since her days with Rebel-Ryan and the Cohen clan. Barton gradually disappeared from the Hollywood radar when asked about a possible return to television in 2007 she said, “It’s not that I dislike doing television at all. It would be interesting having more creative control over where the storylines go or the characters. But for the right thing, of course.” While Barton began her film acting career in 1995, she hit the pavement hard in 2015 and appeared in eight films no one saw. This year holds much the same promise, with two films already in post-production including Father that has an estimated box office budget of $500,000.

Mandy Moore was a double threat with singing and acting chops that came in handy for her most notable film A Walk to Remember. Moore subsequently starred in Chasing Liberty and How to Deal. After a brief stint playing herself on the series Entourage, she took largely to voice acting and was lucky to score the role of Rapunzel in Tangled. This has proven to be a lucrative enterprise with an Academy Award winning song, short-film and video game voicing deals, and a television series contract that has been announced for 2017. Moore has also declared that we’ll see some new music from her this year, “I’ve been working on music steadily for the last couple of years. I guess 2016 will be the re-emergence of my music. That side of my life has been dormant for too long in my opinion”

Julia Stiles was an actress of the early 2000s that appealed to both young and mature audiences. She starred in some teen flicks like 10 Things I Hate About You, Save the Last Dance, and Down to You, but took on more serious roles in Hamlet, Mona Lisa Smile, and the Bourne series. While not being prolific after she secured these gems under her belt, she has made some praise worthy appearances. In 2010, she had a recurring role in Dexter that earned her Emmy and Golden Globe nominations, and in 2012 she appeared in Silver Linings Playbook, which received much critical acclaim with 8 Academy Award nominations! She currently stars in the web series Blue that has been nominated for a Satellite Award and Art Directors Guild award.

Amanda Schull made the cut for the San Francisco Ballet around the same time she was offered the lead role in the film Center Stage! Not a bad start to ones’ profession!  Her beauty on the big screen led to some other less glamorous guest spot gigs on television shows like Cold Case, Ghost Whisperer, and Bones. In 2011, she appeared as Anita Colby in J. Edgar, and after a stint on Pretty Little Liars she joined the cast of Suits as the devious but good-hearted Katrina Bennett. In 2016, she is set to appear in I am Wrath and Devil’s Gate.

Piper Perabo was in tons of flicks in the early 2000s including Coyote Ugly and Cheaper By the Dozen. By the turn of the decade she was branching out and joining the TV circuit, appearing on Law & Order: Criminal Intent and House M.D. These bit parts paid off and in 2010, Piper landed the lead role in USA Network’s Covert Affairs. The role earned her a nomination for a Golden Globe for Best Actress! After the show wrapped in 2014, she once again dropped off the Hollywood radar. In 2015, she was in a B-rated horror flick Into the Grizzly Maze and she’s signed up for the upcoming project Wake, but we’ll have to see if she returns to her formal glory!

At the turn of the millennium Mena was in everything from American Beauty to the hilarious teen-comedy American Pie, and the HBO hit Six Feet Under. But by the turn of the decade, it would seem that she fell off the A-list and onto the B-list, starring in TV movies like Orpheus and Sex and Lies in Sin City, and the direct to video horror flick Day of the Dead. In 2015, she starred in the one and only season of South of Hell. She doesn’t appear to have any projects lined up for 2016, but we’re hoping she’ll return with a vengeance!

Alright, so many of us probably remember Marla from her days as Stephanie Tanner’s archenemy on Full House, but she was also on The Practice and in some classic-millennium flicks like Dude! Where’s My Car and Whatever It Takes. But since the early 2000s, she vanished off the Hollywood radar, and has only reappeared in guest spots on television series and in the occasional TV movie. She had a recurring role on The Fosters in 2014, and is set to appear in the upcoming movie Modern Love. She’s presently married with two children, and is spending most of her time as a mom. 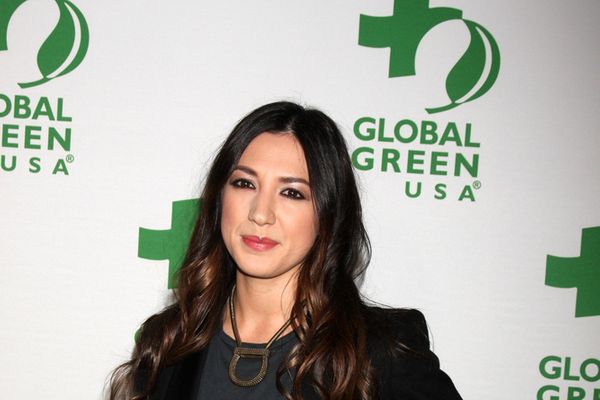