There seem to be an endless number of television shows set in high school, and often the parents play a large role in the series. These parents range from amazing to beyond horrible. Some parents are not only seen as good parents, but are also kind of cool. They may not always be cool in the most expected sense, but in some unique way, these parents are awesome. These TV parents are all very unique, and could be called cool by some viewers and maybe even by some of their children.

Joyce Summers is the mother of Buffy Summers, the Slayer. She is unaware of her daughter’s role and abilities until the end of the second season of the series. Before and after learning of her daughter’s powers, Joyce is not a bad mother, but she seems more than a little oblivious to what’s going on with Buffy. In general, she is a loving, caring, and supportive mother to Buffy, raising her on her own after her divorce from Buffy’s father. Joyce adjusts to her daughter’s power and responsibility, treating her like an adult in most respects. Not only is she a pretty understanding mother to one of the most complicated daughters in the world, but she also acts as a kind of surrogate mother to all of Buffy’s friends, who seem to view her as pretty cool.

Claire and Phil Dunphy are a strange combination of cool and super dorky. Phil tries far too hard to be cool, but he sometime managed to pull it off. With all of his crazy hobbies and antics, not to mention his attempts to be friends with his kids even though they are embarrassed of him pretty often, but appreciate his quirkiness a lot of the time. Claire is uptight, but still manages to relate to her children and help them in a variety of ways. Again, she tries pretty hard at times, but in the end, the two always manage to pull it off.

Burt Hummel has never really understood the things that Kurt enjoys, and he certainly didn’t understand much about homosexuality, but throughout the series he certainly makes an effort. When Kurt comes out to his father, Burt says that he already knew and that he loves him no matter what. He tries to understand his son’s life, interests, and sexual orientation throughout the series. His shining moment may have been when he danced to Beyoncé’s “Single Ladies” as a graduation present for Kurt. Burt always sticks up for his son and gets angry when he sees him being treated poorly. Also, after he ends up with Finn’s mother, he is a good father to him too, and tries to make his new blended family work.

8. Stef and Lena Foster, “The Fosters”

These mothers are not without their flaws, but how many people would put up with so much drama from their children? Stef and Lena can’t seem to stop adopting children. They have a biological child from Stef’s previous marriage, and they later adopted twins. After that, they decided not to adopt any more, since three kids were a lot of work, but they were asked to foster another child for troubled youth, Callie, which eventually lead to them deciding to adopt her and her younger brother, Jude. Stef may not have been seen as cool by some people, since she’s a police officer and Lena works at her kids’ school, which is incredibly embarrassing for almost any student, but despite all of that, they manage to be incredibly understanding. The parents give their kids some freedom and room to make (plenty of) mistakes. They love them unconditionally and are much less embarrassing and controlling than they could be.

Martha and Jonathan Kent always wanted a child, but Martha was unable to have one. So when they found a 3-year-old boy laying naked in a cornfield by a spaceship during a meteor shower, they decided to keep him and hide his secret from the world (and from him). This doesn’t sound like the greatest start for their parenting career, but after their strange beginning they did everything they could to be good parents to their new son, Clark Kent (i.e. Superman). In addition to their kindness, patience, values, and general parenting skills, when Clark started to develop powers, they supported him in every way they could. They would rather die than expose Clark’s secret, and Jonathan kind of did die protecting his son’s secret. They don’t seem to embarrass Clark too much, and Clark wouldn’t have a clue what to do without them. Clark owes just about everything to them. All in all, they raised Superman and that’s pretty cool.

Lily van der Woodsen (/Humphrey/Mueller/Bass) is the biological mother of Serena and Eric van der Woodsen and later on Scott Rosson. She is also the adoptive mother to Chuck Bass, and was the stepmother of Dan Humphrey and Jenny Humphrey. Lily is beautiful, fashionable, and incredibly rich woman who used to date a rocker and is an envied member of high society, who people would love to be (or date). She is not afraid to be tough, but also lets her kids make their own mistakes. She is a biological mother, a stepmother, and an adoptive mother, and adapts to all of these roles impressively, despite her children all being incredibly difficult to parent. She might not be the best parent ever, but she’s definitely not a boring one.

Ned and Catelyn Stark are far from ideal parents, and the fact that most of the family is now dead in the series does not really attest to their parenting skills, but they certainly are tough and somewhat admirable. While alive, Eddard and Catelyn Stark are forces to be reckoned with. They protect their children fiercely, and try to stay true to strong values in a world where everyone is betraying the people around them. They fight to the death to protect their children, they have strong values, they let their children make (sometimes epic) mistakes, and let them take on a huge amount of responsibility. Did it work out for them? Not really. But most kids would think it was pretty amazing if their mom would let them rule their village or lead a war. Also, while murder certainly shouldn’t be condoned (but neither should just about anything that happens on Game of Thrones), it was kind of epic the way Catelyn Stark died. She is the first to catch on that the infamous “Red Wedding” was a trap. After being injured with a crossbow arrow still in her back, she tried to save her son by taking a hostage. Her son is killed anyway, so she stays true to her word, killing her hostage with a rather haunting scream of anguish.

It’s hard being a parent during a zombie apocalypse, but Rick Grimes does his best. Rick is determined to find his wife and son when he wakes up from a coma in the middle of the apocalypse, and after he finds them, he does everything he can to protect them. Keeping yourself and your son alive by killing tons of zombies is pretty cool.

Keith Mars raises Veronica on his own after his wife leaves them. She left after Keith sided against a popular billionaire in a murder case, which caused Keith to be removed from his position as sheriff, and for the entire town to ostracize the family. The girl who was murdered was the billionaire’s daughter and Veronica’s best friend. Keith then becomes a private investigator and does all he can to raise Veronica and protect her from harm. Throughout the series, viewers see that Keith is very tough, but also very loving. Keith is also the reason why Veronica ends up being a bit of a sleuth herself, although he tries to keep her out of this dangerous line of work most of the time. He helped raise a strong, independent, rather troublesome daughter, and for that, Veronica Mars fans are forever grateful. Despite their lack of popularity among the town’s most privileged, Veronica and her dad are witty, funny, have pretty cool jobs, and are just fun people (when you’re not on their bad side).

The Cohens are far from perfect, but they clearly care very deeply about their son. Not only do they do their best to raise their son well, but they also take in Ryan, a troubled teen delinquent. On top of that, they extend their concern and support to their children’s girlfriends and friends, sometimes letting more people live with them, and always helping out in a crisis. With parents who are this cool, it seems a bit ridiculous that Seth and Ryan try to hide anything from their parents at all. Sandy and Kirsten are funny, forgiving, kind, and loving, and many teens on the show wish they could have parents who are as great as these two.

There is no other mother on TV like Lorelei Gilmore. Lorelei is hilarious, quick-witted, relatable, and supportive, and often seems more like a sister or best friend than a mother. That doesn’t make her a perfect mother, but she tries her best to raise Rory to become a strong, independent thinker and does all of this on her own. She got pregnant when she was only 15 and was disowned by her family when she refused to marry the father of her child. She then had to make it on her own, without the help of her wealthy parents. She had a tough life, but always did the best for her daughter. No parent can equal Lorelei in coolness or fun. She is the cool, young mom who can relate to teenagers and understand why they may do the things they do. She’s more silly and fun than her daughter, and often tries to get Rory to loosen up and have some fun. She loves her daughter more than anything else, and will do anything necessary for her. She’s upbeat, talks a mile a minute, and just seems like a fun person to be around. 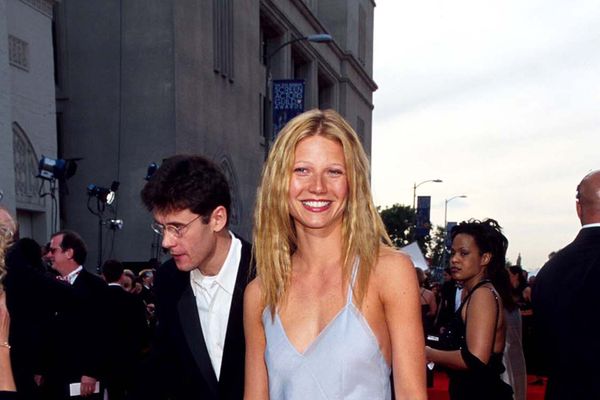