What can one say about the men of daytime dramas? They can be sweet, romantic, sometimes manipulative, and most of them are scorching hot. They fill our days with intrigue, adventure, and love. There are some very attractive men across the daytime spectrum today and below is a list of the ten hottest male soap stars that were on fire in 2017.

At the young age of 33, Scott Clifton is a veteran of soap operas and has held roles on General Hospital (GH) and One Life to Life (OLTL). He currently wows daytime audiences on the Bold and the Beautiful (B&B) playing the handsome Liam Spencer. He’s been in this role since 2010 and has had an incredible storyline this year that revolves around him and his better half, Steffy Forrester.

He’s a doctor, a priest, a great friend, and makes a pretty incredible boyfriend. Dr. Griffin Munro has a heart of gold and a good-looking face to boot. His romantic storyline with manipulator Ava Jerome continues to warm the hearts of GH fans everywhere. Plus, it’s great to see how he is helping this character to try and change. Ava has done some awful things in the past and is quite self-centered most of the time, so it would seem impossible that anyone could get her to change her ways. However, if anyone can turn Ava into a decent human, it’s going to be Griffin. It’ll be interesting to see where these lovebirds head to in 2018.

It has been quite a year for Brady Black. He went from being a decent guy into a man with a mean streak and even ran ex-love Nicole Walker out of town. Hell hath no fury like a woman scorn, but Brady Black proved this year that men can have a dark side when broken-hearted as well. Despite how he treated Nicole (and Eric for that matter), there is no denying Eric Martsolf’s hotness and star power on Days of Our Lives (DOOL). Good or bad, the soap star remains a huge fan favorite.

The Young and the Restless’ (Y&R) Cane Ashby made some terrible life choices this year that destroyed his career and tore his marriage and family apart. He certainly hurt a lot of people when he got drunk on a business trip and impregnated colleague Juliet Helton. Regardless of the scandal, Cane’s indiscretions have made for some incredible soap opera television in 2017. While Daniel Goddard has been with the Y&R for close to a decade, he continues to be one of the hottest male stars on the show.

Just as GH fans were getting used to the idea that Billy Miller was Jason Morgan, a huge plot twist came along, and it seems he may not be Jason after all. Whether he’s Jason or not, Miller is a tremendous talent and GH is lucky to have him. Here’s hoping that even if he is not the Jason Morgan, Miller stays on the show as another character. He’s handsome, charismatic, and fans would miss Billy too much if he left!

Eric Brady returned from his prison term early this year and truly shook Salem up. He helped save a sick Hope, bonded with Jennifer, and almost reunited with Nicole Walker. While Nicole ditched town because Brady blackmailed her, any avid DOOL fan must wonder what is next for Eric? He currently has an epic rivalry with step-brother Brady and with his twin sister Sami back in town, anything is possible. Here’s hoping Eric finds true love in 2018.

Scotty Grainger exploded onto the Genoa City scene earlier this year and has quickly become a staple character on the Y&R. He’s smart, handsome, charming, incredibly sensitive, and understanding. It’s no wonder he has Sharon and now Abby hanging on his every word. With 2017 coming close to an end, there’s no doubt amongst Y&R fans that Scott will continue to make huge waves on the show in the new year.

One of the biggest plot twists to hit soap operas in 2017 was the fact that Will Horton ended up being alive and well. While the story itself is crazy, one thing that makes complete sense is that Days took a major plunge to bring Will and Chandler Massey back to the show. Massey is a tremendous talent that was desperately missed by DOOL fans everywhere. Plus, who else is looking forward to a WilSon reunion?

Don Diamont is like a fine wine that just gets better with age. He was the first soap opera star to hit People’s most beautiful list in 1990 and no one would argue around the reasons why. Some fans may remember him as the Y&R’s Brad Carlton, but he’s won a crop of new fans playing Bill Spencer on B&B. He’s also won a few hearts on the show as well, wooing leading B&B ladies like Katie Logan, Brooke Logan, and Quinn Fuller.

As mentioned earlier, 2017 was all about the soap opera returns, but none were as explosive as when Steve Burton returned home to GH. The news hit social media in June of this year and there were tweets and Facebook posts flying everywhere from fans. Just over a month of officially being back on air and Patient Six … Jason Morgan … or whatever you want to call Burton’s GH character right now, has taken center stage. Burton is not only the hottest male in soaps today but one of the hottest stars currently within the daytime drama industry. 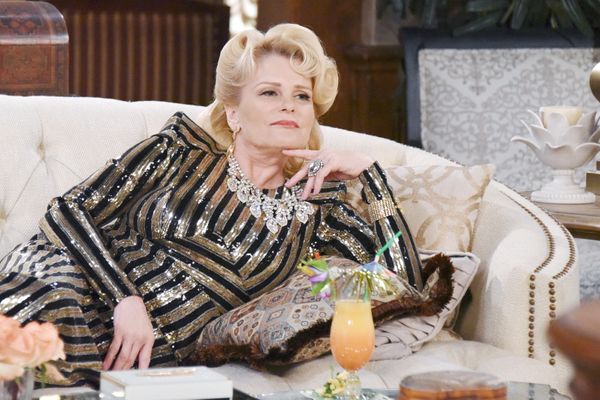