When it comes to reality TV we can’t get enough of the drama! And when lives of our favorite reality celebs take a drastic turn right before our eyes, the train wreck that ensues is reality and tabloid gold! Here is a look at some of the messiest reality TV divorces that went down on-screen:

Kim Kardashian and Kris Humphries had a traditional Hollywood wedding. They broadcast their nuptials on E! (earning $1 million), and filed for divorce 72 days later. As it turns out, with all of the exclusive deals Kim was signing with various media outlets for interviews, wedding photos, etc., she raked in a whopping $2 million! Easy cash for a few months work. In the end, despite Kim’s alleged exploitation, Humphries and Kardashian settled their divorce. “Yes, he was angry at Kim for the way their marriage ended and he truly did feel defrauded by her and the show. But lately, especially in recent weeks, he just feels sorry for her. She’s pregnant and obviously under a lot of stress. He didn’t want to be part of it any more.”

Jenelle Evans and Courtland Rogers raised some eyebrows when they wed in 2012. The couple had a tumultuous relationship from the start, it was full of breakups, arrests and rehab stints. Courtland had a previous arrest for heroin possession before marrying the Teen Mom 2 star, but things managed to take an even uglier turn once they were married. Both Evans and Rogers were arrested in 2013 for heroin possession, possession of drug paraphernalia, and assault. Rogers is currently incarcerated and Evans has moved onto another winner, David Eason. Best of luck to ya!

Camille Grammer relished in the dissolution of marriage as she got to announce it to her newly found fans on The Real Housewives of Beverly Hills. The episode in which Camille made this declaration of divorce was the number one telecast among adults 18-49 versus any other cable show in that time slot! Goes to show just how much we live for the drama. Kelsey has maintained that the marriage was over long before the show even began and that he appeared on the reality series because he “believe[d] that [he] owed something to that person.” He sardonically added, “Because she’d given up so much to endure this life with me.” By the time Kelsey spoke publicly of his marriage with Camille, Camille had flung enough dung that audiences had her pegged; according to Life & Style magazine, 52% of readers named Camille as the most hated Housewife EVER!

Fans went crazy when Vicki traded in the lovable Donn for a newer, but not improved model, Brooks Ayer. Vicki’s daughter, Briana launched an explosive attack on Brooks in one of the most epic RHOOC battles ever! She confronted her mother’s now ex-boyfriend and presented evidence that proved Brooks had instructed Briana’s husband to beat her if she got out of line! While Brooks apologized for the drunken comment, fans couldn’t fathom Vicki’s decision to be with him. At the end of 2015, rumor mills were turning out tabloid headlines suggesting that Vicki and Donn may be rekindling their romance. Fortunately, Donn has seen the light. An insider for OK! magazine revealed, “Donn would never consider a reconciliation because he is happily living a very quiet life on the Colorado River, and wants nothing to do with Orange County or the show. Donn rode happily off into the sunset and he has even been dating.”

At the ripe old age of 22, Leah Messer Simms Calvert, has two ex-husbands and three children. Esh! When Leah and Simms married, the tabloids went nuts and Leah was front page news. But it didn’t take long before the marriage went south and infidelity ruled. The couple split, making way for a wild custody battle to ensue over their twin girls. To make matters worse, Corey admitted to cheating on his current wife with Leah! What a bloody mess!

This one is just too juicy not to make the list! This couple was messy at the best of times and went to far as to crash a party at the White House. When Michaele ran off with Journey frontman Neal Schon, Tareq went off the deep end. He reported her missing to TMZ, sold her underwear on eBay, and sued Neal for ruining his life. Turns out that’s not a real court case and he lost. Michaele and Neal have since married (on television of course), but given that this is Neal’s fifth marriage, we’re not ruling out any further drama!

The Real Housewives of Beverly Hills has been premised upon the divorce and remarriage of Brandi Glanville and the philandering Eddie Cibrian. In addition to his affair and marriage to LeAnn Rimes, which of course is super juicy, Glanville and Rimes have embarked on a battle of the tweets for all to watch. The war is so epic that Glanville has published a book on the subject titled, Drinking and Tweeting: And Other Brandi Blunders. We can’t lie, this messy break up has continued to keep us on the edge of our seats for a LONG time!

This couple had a wild ride through the tabloids on the way to their divorce with allegations from both sides of infidelity. Kordell has maintained that he wanted to end the marriage because Porsha was behaving badly to earn ratings for the show and was not a good role model for her stepson. Kordell reportedly changed the locks and secretly filed for divorce and Porsha didn’t make out well in the proceedings. According to TMZ, The Real Housewives of Atlanta star walked away with zero alimony and zero assets!

The law suits with these two were unprecedented! Linda received the lion’s share of 70% of Hulk’s WWE assets after a lengthy divorce settlement, but in addition to the standard proceedings, the two have been duking it out in the court of public opinion as well. In her memoir Wrestling the Hulk: My Life Against the Ropes, Linda details the horrific emotional and physical abuse that she suffered at the hands of her ex-husband. In a radio interview, she went even further and stated that he had an affair with fellow wrestler, Brutus Beefcake. The Hulk turned around and sued Linda for defamation. Hulk recently resurfaced in the courtroom ring where he smacked down Gawker Media and was awarded a whopping sum of $115 million after they published his sex tape!

The beloved couple of Jon and Kate Plus Eight called it quits after Kate turned out to be an awful person and Jon was more interested in Kate’s plastic surgeon’s daughter than in his own wife! Even though Jon denied the affair, he didn’t win father of the year when he turned around and blamed Kate for the ‘developmental problems’ of their children. And while Jon has disappeared into obscurity DJing or working as a waiter or whatever, Kate seems to have found a permanent home on Kate Plus Eight. Desperate times call for desperate measures though and Kate’s super rich ex-boyfriend, Jeff Prescott, has come forward saying that Kate used him to try and create a love interest on the show to boost ratings. He of course pulled out of appearing on the show once he realized what was up. Another one bites the dust. 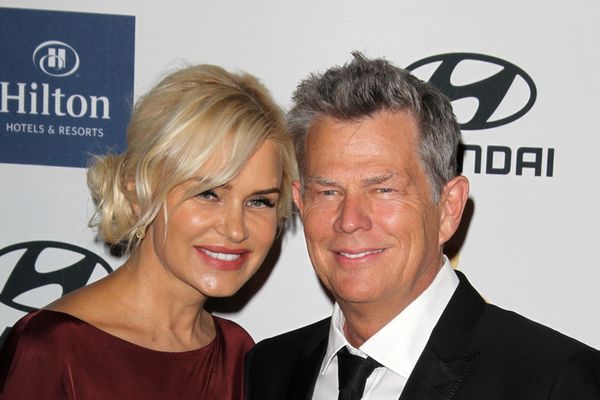 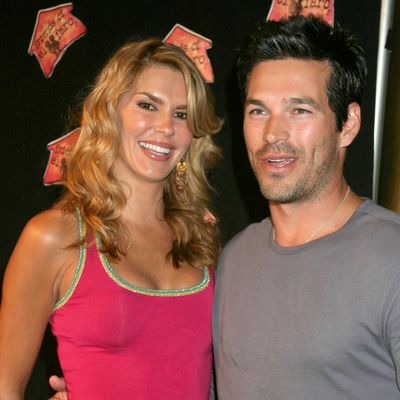