There are movies you know will be disappointing and there are other movies where high expectations are a certainty and it’s incredibly disappointing when these films fail to deliver. Especially when there is so much potential! This isn’t a list of the worst movies of 2015, there are plenty of those. Frankly, we love Kevin James, he’s a sweetheart, but he doesn’t need to see Paul Blart: Mall Cop 2 on another negative list. Fact is, that movie was what it was supposed to be. But the films on this list, well, they were promoted to actually be good and they weren’t. We have confidence in the December releases, so we’re releasing this one in month 11.

Maybe it was the peripheral drama associated with the whole concept of Ted that caused Ted 2 to come and go with little to no fanfare. Or it could be the fact that Seth MacFarlane took us down the road of episodic with Ted 2. Why do people try to hand comedy sequels an exceptionally heavy story line? If it ain’t broke, don’t fix it. Think of the long awaited Dumb and Dumber sequel. Wait 20 years to find out Harry and Lloyd would be searching for a long-lost daughter? Terrible. In Ted 2, Seth focused the story on adoption. Adoption!? Yes, it could provide for a comedy of errors, if they spent the time on a squirrelly adoption process, but instead it was some sort of presumed statement about the legality of adoption. We’re not saying Seth MacFarlane is played out, but it seems his inspiration has run dry. We need something fresh from Seth.

Did anyone see this? Raise your hand if you saw this. OK. Put your hand down now; people are looking at you like a crazy person. What happened with Mortdecai? The film starred Johnny Depp, Gwyneth Paltrow, and Ewan McGregor: people may hate Gwyneth, but there’s no denying these three individuals are talented. Exceptionally talented. We’ll have to chalk up the failures of this promising script to the fact that it became a paint-by-numbers starring a vehicle that was sold with the names of these three individuals. It was flat and lacked punch. The comedy seemed watered down, and overall there was a lot of effort that could be related to wheels spinning in mud. Johnny hasn’t lost any ability, but he needs to start saying no to some of these jobs. Mortdecai is one of those films that you start watching, hoping that it will reach its potential and it never does.

The Entourage film is like that room in your parents house that you were warned not to go into as a child. Curiosity be damned, you went in anyway, hoping it would possess something that was exciting, or maybe a little bit dangerous. At the very least, you were hoping for revelation–seeing something for the first time. Instead, you went in to discover that your parents were only trying to protect you from an old bed painted with lead, and a bevy of busted floor tiles made of asbestos. Entourage had its moments, and we hoped they would bring the story home with the film. Instead, they made a most predictable piece of cinematic schlock. It was as plastic as the West Hollywood scene. Without a doubt, the legacy of Entourage will be remarked as a story that spiraled downhill.

This one makes us a little angry. There was so much hope for this film by writer-director Neill Blomkamp. A foray into the functionality, fear of artificial intelligence, and AI becoming some semblance of sentient beings. The cast, including Dev Patel, Hugh Jackman and the artists known as Die Antwoord–Ninja and Yolandi Vi$$er–could have stirred the chemistry of something magnetic and quite spectacular. At its best, this film had problems. Serious problems. Rumors swirled during shooting that Neill and Ninja were butting heads over several issues, and it was likely the fact that Ninja was weak as an actor. Whatever the case, it was a play at sentimentality that Neill pulled off so well in District 9, but hasn’t capture since then. Chappie is one of the few films on this list that are kind of worth watching, but it simply doesn’t deliver.

Did the world need a remake of Poltergeist? It did not. Did the filmmakers at least take us down a new and interesting path with a similar story line? They did not. It’s pretty lame when they remake films from the 1970s and 1980s, and can’t match the overall quality of the film. Of course these remakes are glossy, and full of VFX the likes of which didn’t exist back in the day, but as stories, they’re weak. The performances? Forgettable. If you’re under the impression you should see the “new” version of this horror classic, rethink your plans. See the original starring Craig T. Nelson, and some of the creepiest characters that have ever existed. No digital effect can possible compare to something so terrifying in the flesh. Most disappointing about the remake? Sam Rockwell and Rosemarie DeWitt starred in it, and they couldn’t even save it.

Can we please let this world of Magic Mike die? Ladies, gay men and all bros who have a man crush on Channing Tatum, the rest of the world is dependent on you to stop seeing these films. Honestly, why not buy the first one–that co-starred Matthew McConaughey–and be able to watch it all the time at your leisure. That film was decently entertaining, but that’s all that needed to be said. So, consider this a plea: don’t be the cash cow that these studio heads are trying to milk. Don’t drink the Kool-Aid. There is nothing about the story line of Magic Mike that needs to continue. XXL was a foolish indulgence. Flimsy. There were better written, and more interesting story lines happening on Telemundo soap operas in 2015. And there’s chatter of a Magic Mike 3 in 3D? We need to say nothing other than Jaws 3D. A travesty.

Sorry to pick on Channing Tatum for back to back disappointments, but if the shoe fits… Jupiter Ascending could be honored–or shamed–as #1 on this list, but the fact is, it looks really cool. The visuals hold up. It’s one of those terrible movies that you would have thought was amazing as a child. Unfortunately, it was made for an adult audience. This is one of those films with a running time of more than two hours, but takes way to long to get going. The characters, creatures, story–all of it–sorely lacking. The pace. Eternal. Mila Kunis and Channing Tatum? They looked great, but they were given nothing to work with. This film likely broke a record for most walk outs in the modern era, but there’s no way to garner such statistics. It seemed the Wachowskis were far more interested in offering quality to Sense 8.

Dang. So much hope for this one. So. Much. Hope. But it was false hope. Why hope for something that probably can’t happen. And by that, it’s a suggestion that this comic simply can’t be made into a good film. This was strike two regarding effort, and failed execution. It became fairly obvious that it was going to be a disappointment when the cast members–all impressive young talents–began to offer interviews, and mentioned they were “proud” of the direction they had taken in the film. That’s code for, “Most people won’t get it, and won’t like it.” Frankly, the filmmakers tried to make this a character driven film. It couldn’t rival something like the Christopher Nolan’s Batman films. The Fantastic Four gain powers. Batman…just a man. That’s why the character focus works. A nod of appreciation for the risk, but it didn’t pan out.

In the realm of movies that looked like they were CBS television dramas, it was Fifty Shades of Grey. The biggest embarrassment to American culture was the fact that it won the box office during its first weekend. Not a knock on those of you who read the book, and just had to see it, but c’mon… it was awful, was it not? The casting didn’t really work, and that’s because the cast originally desired had a look at the script, and knew there was no saving it. Here’s the saddest thing about this movie: it has been done better before–twice. Nine 1/2 Weeks (1986), starring Mickey Rourke and Kim Basinger, and Secretary (2002) –especially Secretary–starring James Spader and Maggie Gyllenhaal were prime examples of sexy and smart movies. Fifty Shades… looked like a decent home movie compared to the other two steamy films.

1. Jem and The Holograms

Fans of 1980s animation, look away. Don’t even allow the thought of the live action Jem and The Holograms tease you. This film was such a disappointment, someone at Universal may have gotten fired. This film was such a disappointment, Universal pulled it from theaters during the second week of its run. This film was such a disappointment from various aspects of scripted effort and execution, it will likely win, or at least be nominated for several Golden Raspberries. It’s not to say the production was terrible, because making movies is incredibly hard work and a lot of people worked incredibly hard. Unfortunately, there was a figurative line labeled: “Proceed or Turn Back,” and they moved forward when they should have gone back to the drawing board. The first failure: trying to sell it to a new generation when the audience should have been Gen X and Gen Y. 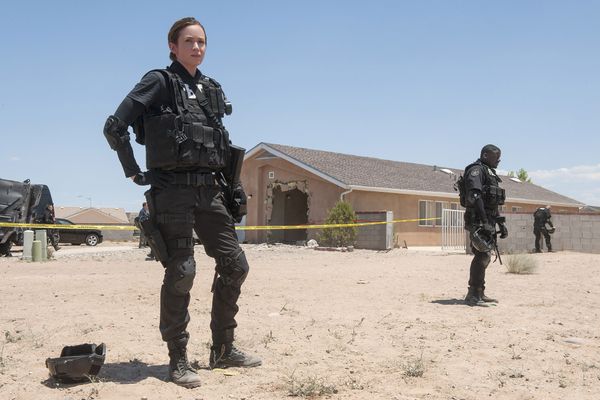