This is a celebration of annual prediction, and also a little whimper of sadness about the state of unoriginal ideas flowing forth from Hollywood. With absolute confidence we can declare excitement for the films being released in 2016, alas, so many of them are sequels, spin-offs and remakes. Still, in that mix, there are a few original stories that will sleep early to become giants during awards season–a few are on this list. Without further ado, here are 12 of the most anticipated movies to be released in 2016… all spoiler free!

The wise team of marketing professionals at Paramount have scheduled Zoolander 2 at the perfect time of year. It will serve as an early 2016 release on Valentine’s Day weekend so happy couples everywhere may compromise. How can we not look forward to the exploits of Derek (Ben Stiller) and Hansel (Owen Wilson)? The film is set 10 years in the future, and Derek Zoolander has fallen into relative fashion obscurity. The plot of this one is likely paper thin, and the characters may not translate all these years later, when vapid personalities such as the Kardashians rule the world through social media, but people are certainly excited for some smart-dumb humor. It seems another company is attempting to submarine the business efforts of Derek and foe turned friend, Hansel. What will they do? Release Date: February 12, 2016

This could be seen as a stretch in the realm of “most anticipated,” but a list of all superhero/action flicks no one can stomach. The Girl On The Train, based on the novel of the same name, will serve as some of 2016’s first Oscar bait releases. In this psychological thriller, Emily Blunt plays an unemployed alcoholic, who is obsessed with a couple she passes on her daily train ride. After a night of heavy drinking, she wakes up covered in blood, with no recollection of what might have happened…the story unfolds. This is the perfect vehicle for Emily Blunt, and the film’s dark themes will offer a nice dip into the Halloween season. Whether it will play to the more sophisticated audiences, time will tell. If Gone Girl garnered awards buzz, there’s no reason The Girl On The Train shouldn’t. Release Date: October 7, 2016

Those pesky aliens are back, and now they’re pissed off! It is imagined that they figured their weaknesses, and have come back with a new plan of attack to completely eradicate the human race by actually destroying people, as opposed to famous landmarks and buildings in the United States. Like…try Beijing, Shanghai, Mumbai and Delhi, intergalactic aliens. That would be the best start at wiping out 1/5 of humanity. We’re digressing. This promises to be the popcorn flick of popcorn flicks. 2016 will serve as 20 years since the release of Independence Day. Does that seem possible? Fortunately, the world has taken the alien tech to reverse engineer some impressive defense systems, but what defense system can hold off some really big headed, smelly, mind-talking aliens? Liam Hemsworth will step in for Will Smith this time around. Release Date: June 14, 2016

The Magnificent Seven will serve as a remake and re-imagining of the original western, based on the original-original Japanese film Seven Samurai, but filmmaking master, Akira Kurosawa. There’s no getting around spoiled plot points in this one, and any deviation from the outcome would be pushing it creatively, and not in a good way. We are excited to see what director Antoine Fuqua will do with this story, especially considering he’s got his all-stars, Denzel Washington and Ethan Hawke in the mix. They’ll be joined by Chris Pratt, Vincent D’Onofrio and Matt Bomer. If this film pushes into that enjoyable, contemporary western flavor, like 3:10 To Yuma, then audiences will be set up for quite an adventure. Sony is waiting to release this one until the summer buzz dies down. Mark this one for September. Release Date: September 23, 2016

Paramount has enjoyed impressive success with the reboot of the Star Trek franchise. The team, as well as director, J.J. Abrams, have done an excellent job paying homage to the predecessors, while embarking on new ground. For the hardest of the hardcore Trekkies, some of the new film is lacking the substance they once enjoyed, but let’s be honest, it’s all relative to time, place and personal perspective. The latest installment will continue to feature new favorites, Chris Pine and Zachary Quinto as Kirk and Spock, as well as their band of capable Enterprise crew, but the reins for direction have been offered to Justin Lin. Justin is a Taiwanese filmmaker, who is responsible for keeping the Fast and Furious franchise alive during it’s dark years, and who partners well with Paramount, and their Chinese investment group. Release Date: July 22, 2016

DC fanboys and fangirls are unequivocally excited about the potential of this film, but anyone who is familiar with the business of filmmaking is holding their anticipation at an arm’s distance. Maybe even a leg’s distance. Batman V Superman will be a departure from the Batman franchise that everyone loved and obsessed over, delivered by cinematic craftsman, Christopher Nolan. Zack Snyder is not…a cinematic craftsman. Yes, he can glue things together, and make something look as glossy and slick as you’d want it to look, but it’s always seemingly devoid of substance. Zack is the man who brought us 300, but he’s also the man who brought us Sucker Punch, which was an executive failure based on the strength, and potential of the script. For Batman V Superman: don’t allow the level of expectation to rise to the level of anticipation. Release Date: March 15, 2016

May promises to deliver more milk from the Disney cash cow known as Marvel, and Captain America: Civil War will feature all of his buddies, the Avengers. It is easily argued that Captain America: The Winter Soldier, was one of the more impressive superhero movies ever made. In the grand scheme, the creatives put it in the real similar to what Warner Bros., DC and Christopher Nolan did with the Batman trilogy. If this effort stays within that realm, we’re very excited. The premise? Steve “By The Book” Rogers wants to forego government oversight in order to protect the people of the world from any formidable foe, while Tony Stark–big surprise–offers the push back of opposition. This creates the great divide in the Avengers team. We’re resting on the probability they have to rejoin forces in order to kick some box office butt. Release Date: May 6, 2016

Dipping into the 2016 Oscar bait, for the ceremony held in 2017, this untitled film must be mentioned. The film is set during the Second World War, and it stars Brad Pitt and Marion Cotillard. Two of the most beautiful people in the world, playing a couple with a potential secret? This film will enjoy the perfect setting for the mystery that will unfold. Without giving too much away, Pitt plays a counter-intelligence agent for the Allied Forces, who has married a French agent and started a family. It is then he’s told that his wife may actually be working for the Axis Powers as a Nazi spy. Why doesn’t this thing have a title yet? Refer to the first sentence. It’s Oscar bait, and they will draw out the selection process for as long as necessary in order to maximize audience intrigue with a perfect title. With or without, it opens Thanksgiving weekend. Release Date: November 23, 2016

Can we get a little love for a drama? A little something for Terrence Malick? This film has been buzzed about for more than a couple of years, because that’s when they started shooting the thing. Once upon a time, it was to be released shortly after Terrence Malick’s experimental (aren’t they all) To The Wonder, but as things are with the enigmatic, yet incredibly inspired and inspiring filmmaker, dates were pushed. Knight of Cups may be his most “narrative” film to date, or it may be another adventure through gorgeous cinematography and visual storytelling. Christian Bale and Natalie Portman star in what will predictably be hailed as a “visual masterpiece,” and that’s to be of no surprise–all of Malick’s films offer that element. For fans of the filmmaker, it promises to be another beauty. Release Date: March 4, 2016

If nothing else, this film has one of the most captivating trailers ever assembled. Dusting “if nothing else” aside, this film should absolutely deliver. Directed by cinematic auteur, Alejandro Gonzalez Inarritu, featuring Leonardo DiCaprio and Tom Hardy in a harsh, pre-civilized American landscape, what else could you hope for in a drama that will undoubtedly be steeped in adventure? Inarritu maintained a standard so strict that millions more dollars were needed, for example a production relocation to the Southern hemisphere in order to flip the seasons and keep the film set in the winter. Inarritu and cinematographer, Emmanuel Lubezki, also decided that the entire film would be shot using only natural light in order to make the struggle seem more real. Get to the theater for this one, it’s gonna be a dandy! Release Date: January 8, 2016

Heck yes, everyone will willing suspend their disbelief for this one. Nah, this film isn’t about a job for superheroes (who always come out unscathed, because they’re metaphors for immortality), this job is too dangerous for the superheroes. This is a job for the super villains. There will be several new villains introduced to many audience members, but people are already swimming in the sea of anticipation when it comes to Jared Leto, and his take on The Joker. Woo. It better not be a let down or the Oscar winner might have to go back to doing dramas, or that My So-Called Life spin-off that we’re all still hoping for. The buzz surrounding Suicide Squad has been palpable, and with a late summer release, it may serve as the last popcorn hurrah of 2016–a chance to boost traditionally slow third quarter earnings. Release Date: August 5, 2016

Not to diminish the anticipation of what will happen in the world of cinema during December of 2015, but it is projected that a similar anticipation will remain in December of 2016 when Disney’s Lucas Arts will release Star Wars: Rogue One. It will be fascinating to see the take on this new Star Wars franchise. While the minds at Disney enjoy a wealth of talent and creative pools to swim in, the purpose is to scrape cream from the crop. What audiences won’t have patience for: a flop, or a foray into mediocrity. It may be a little premature to say that Rogue One will generate incredible buzz, but if J.J. Abrams and team deliver with The Force Awakens, it’s game on. What must be understood… this IS a spin-off, taking place in the Star Wars world…or galaxy…far, far away. Release Date: December 16, 2016 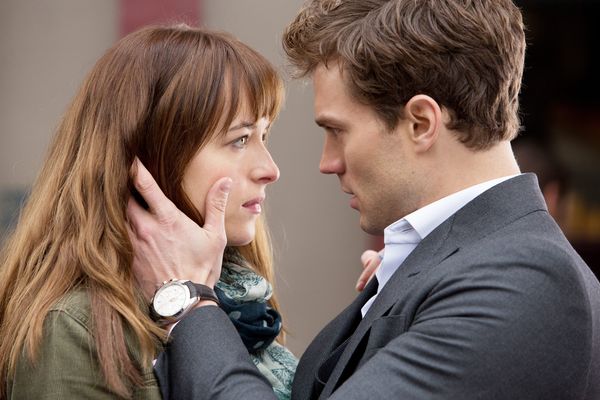