The land of Genoa City would be nothing without its leading men. They romance their women, finagle corporate dealings with ease, sometimes cause trouble, and there are those always looking for truth and justice. Many Young and the Restless (Y&R) fans have their favorites when it comes to the actors that play these interesting characters, and some are more loved than others. Here’s a definitive ranking of the most popular Young and the Restless actors!

Even though Jordi was recently let go from Y&R, he made a tremendous impact playing Rey Rosales — the good-looking, street-smart cop with a kind heart. Vilasuso is a soap opera veteran, playing on other shows like All My Children, Days of Our Lives, as well as Guiding Light, and even won a Daytime Emmy in 2003. Let’s hope another soap scoops up this talent very soon! 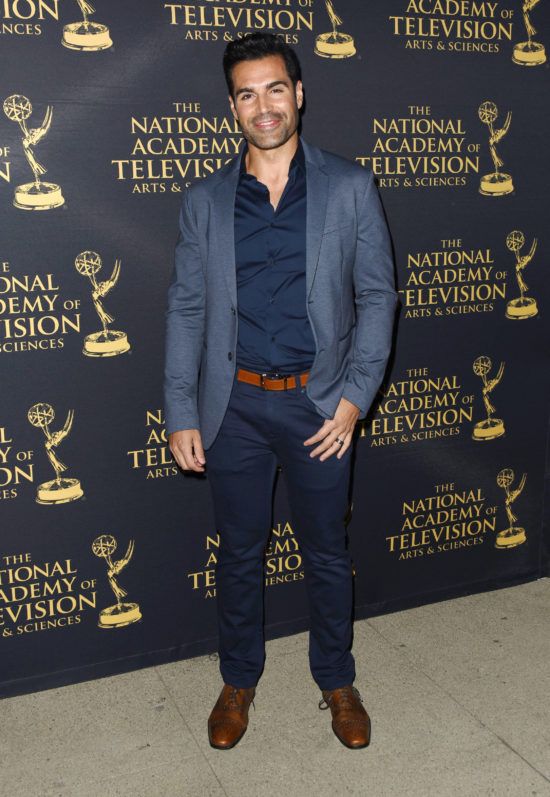 Jason Thompson is near the bottom of the bottom on this list. General Hospital (GH) fans may recognize Jason from his time playing Dr. Patrick Drake from 2005 to 2015, and Thompson joined the cast of Y&R in early 2016 when he began causing chaos on the show as the newest Billy Abbott recast. During his tenure on GH, Thompson racked up five Daytime Emmy nods and he’s proven himself a valuable asset to Y&R as well. 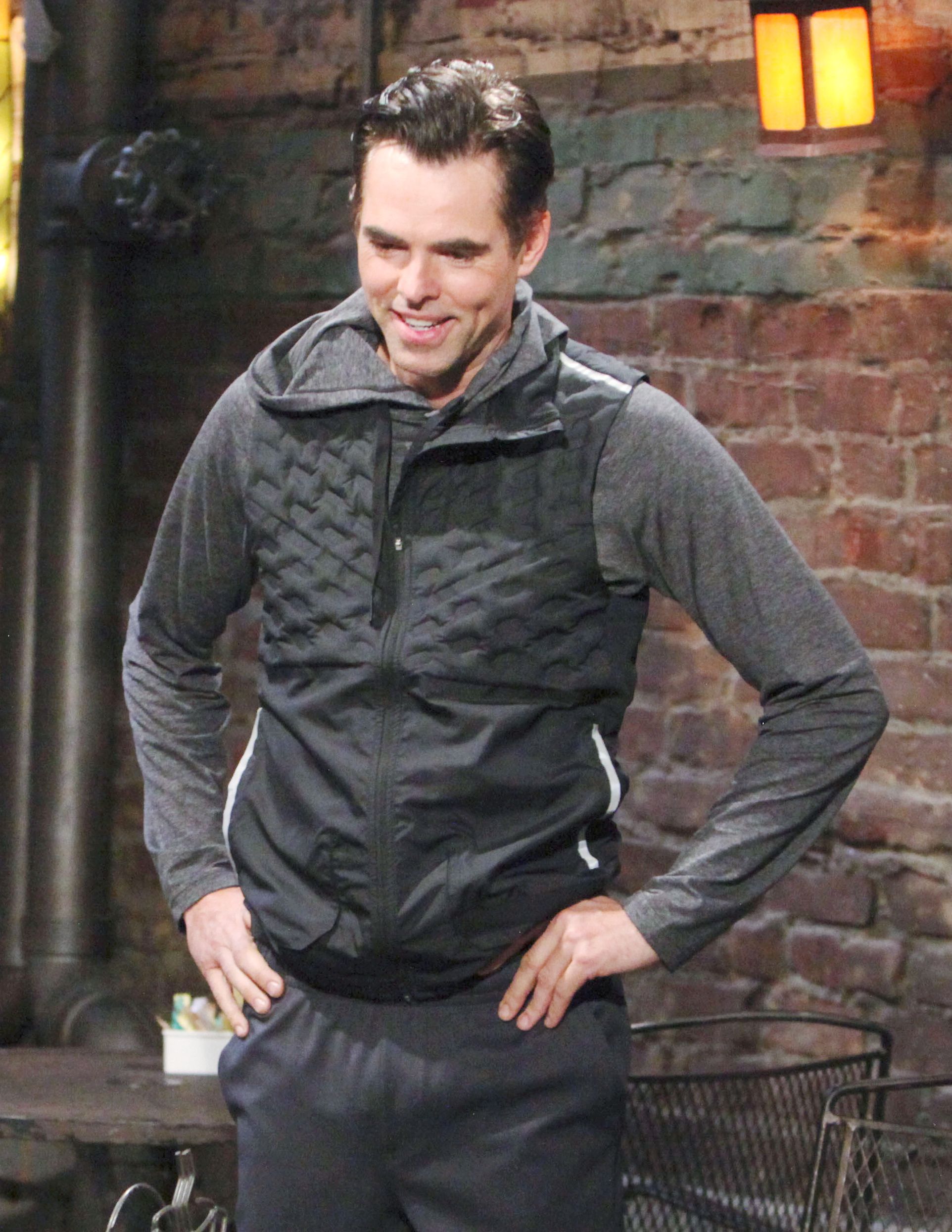 Doug is currently the Y&R’s longest-acting cast member on the show, entering Genoa City in 1978. Playing Police Chief Paul Williams, he’s romanced many of the town’s leading ladies, including Lauren Fenmore, Nikki Newman, Nina Webster and his current main squeeze, Christine Blair. He’s honest, charming, funny, handsome, and is always looking for justice to be served. Doug is also a legendary soap opera actor, with five Daytime Emmy nods and one big win in 2013 under his belt. Now if only Y&R would give him some scenes! 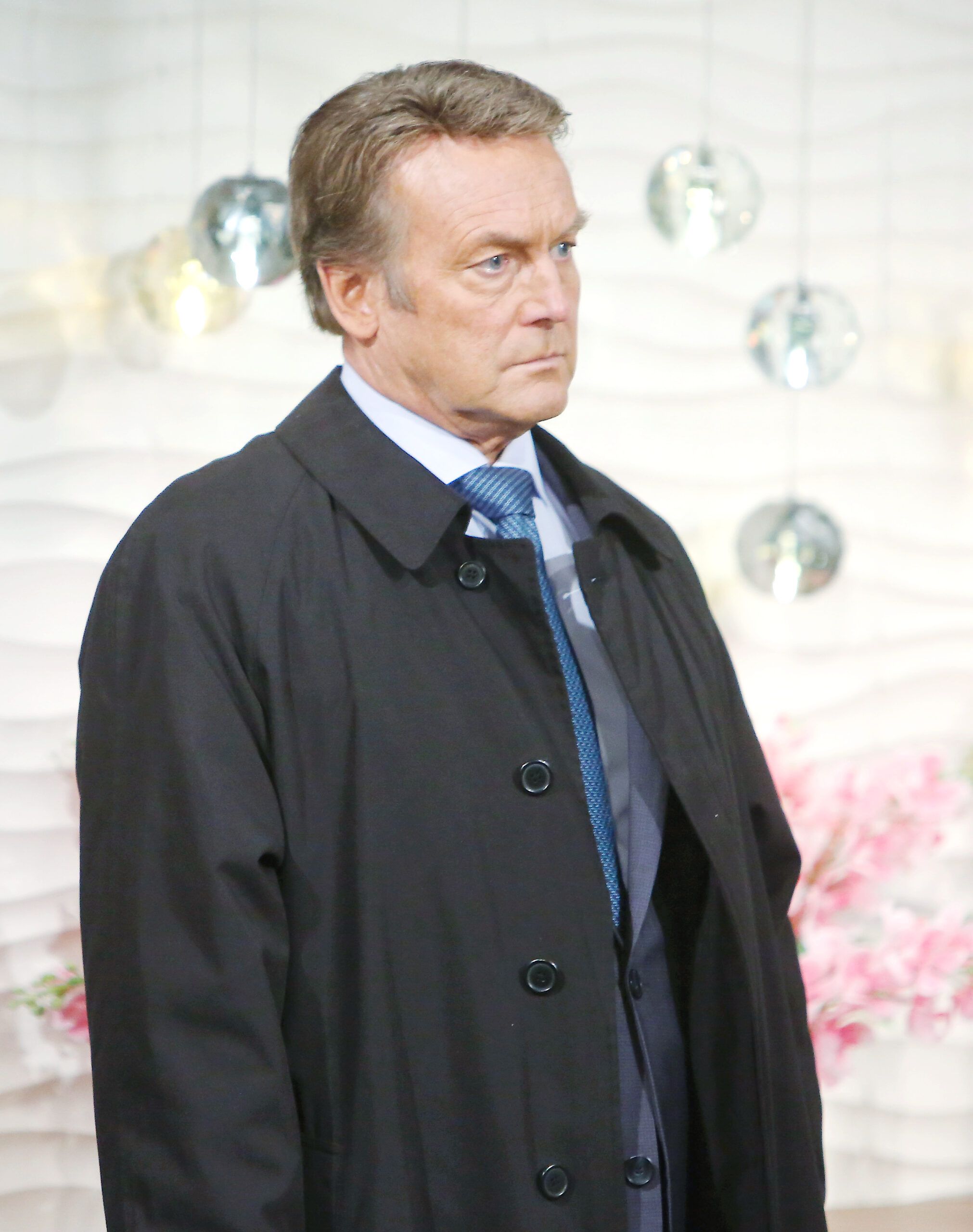 This handsome actor was recast when Y&R wanted to take Chance Chancellor in a different direction than previous portrayer, Donny Boaz. While he’s a new addition to the cast, Floyd has shown some range as Chancellor, recovering from PTSD and struggling as a new father. To boot, he’s been getting back in the saddle with the Genoa City Police Department and looking into old cases. Now that Rey Rosales is gone and Paul Williams is MIA, let’s hope the last cop in town can find some action! 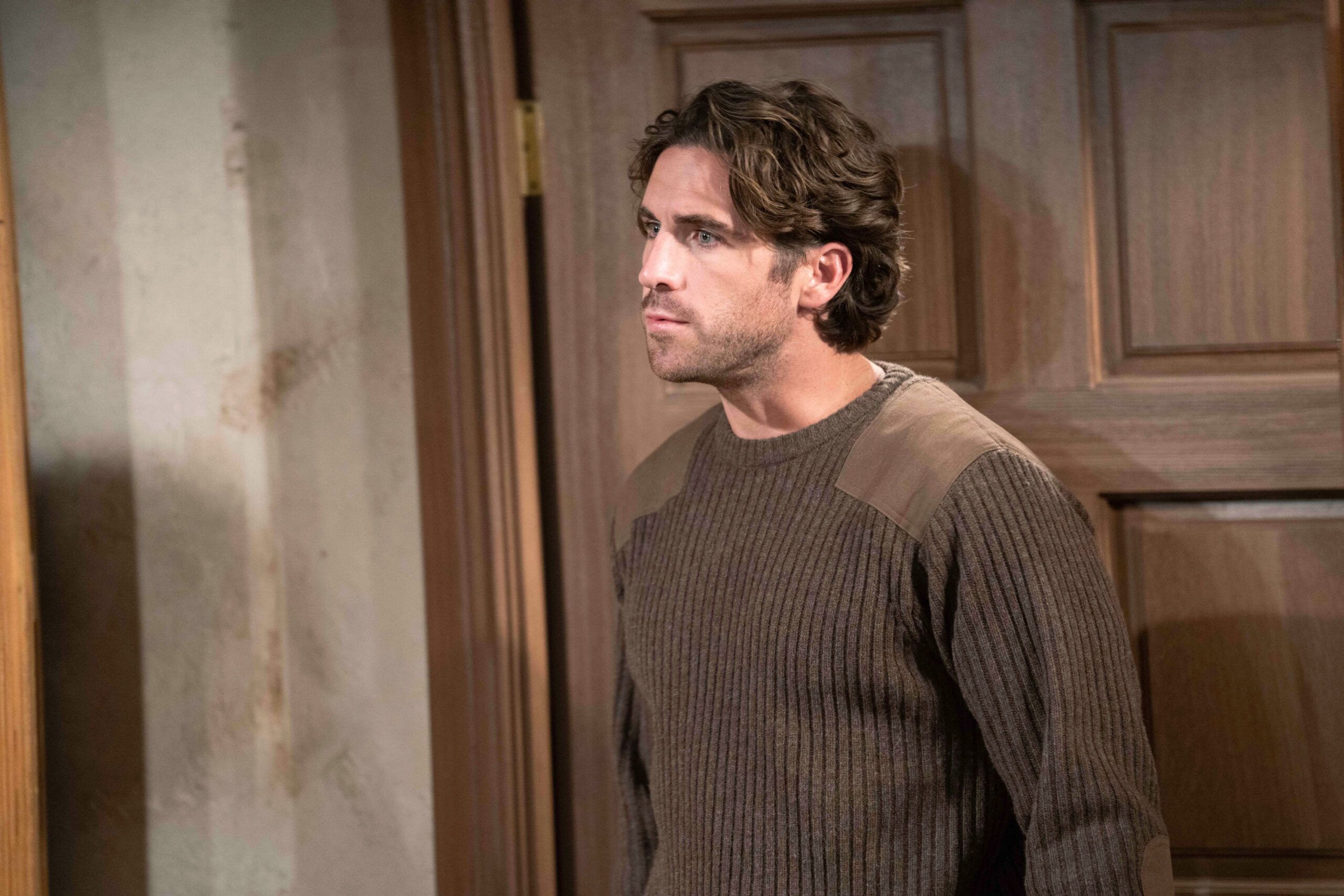 Who doesn’t love Kevin Fisher? Even during his craziest of times, he’s had an incredible heart like no other leading man in Genoa City today. Rikaart joined the Y&R cast in 2003 and evolved his Fisher character incredibly over the years. He’s also got tremendous acting talent and it shows with his five Daytime Emmy nominations and a win in the Supporting Actor category in 2005. 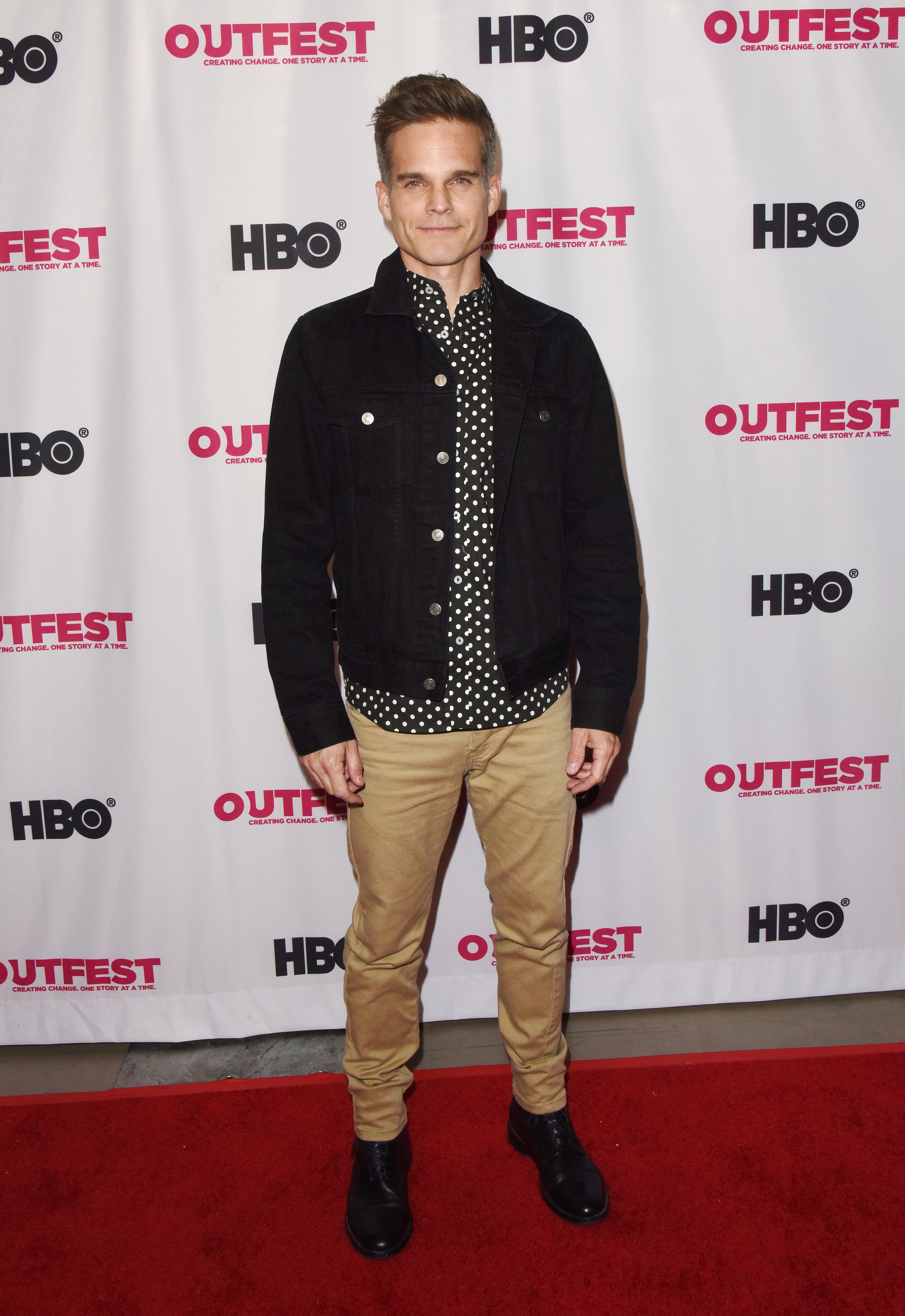 The soap opera world continues to mourn the loss of Kristoff St. John. The actor was well-loved not only for his work on Y&R, but in other shows as well. He was only a child when cast as Alex Haley in ABC’s Roots: The Next Generation, but also had appearances on Happy Days, Wonder Woman, and The Champ during his younger years. Entering the Y&R in 1993 as Neil Winters, he won over many fans over with his portrayal of the strong, smart, and honest (for the most part) character. He’s also racked up the accolades in the soap world over the years, winning two Daytime Emmys and eight nominations. 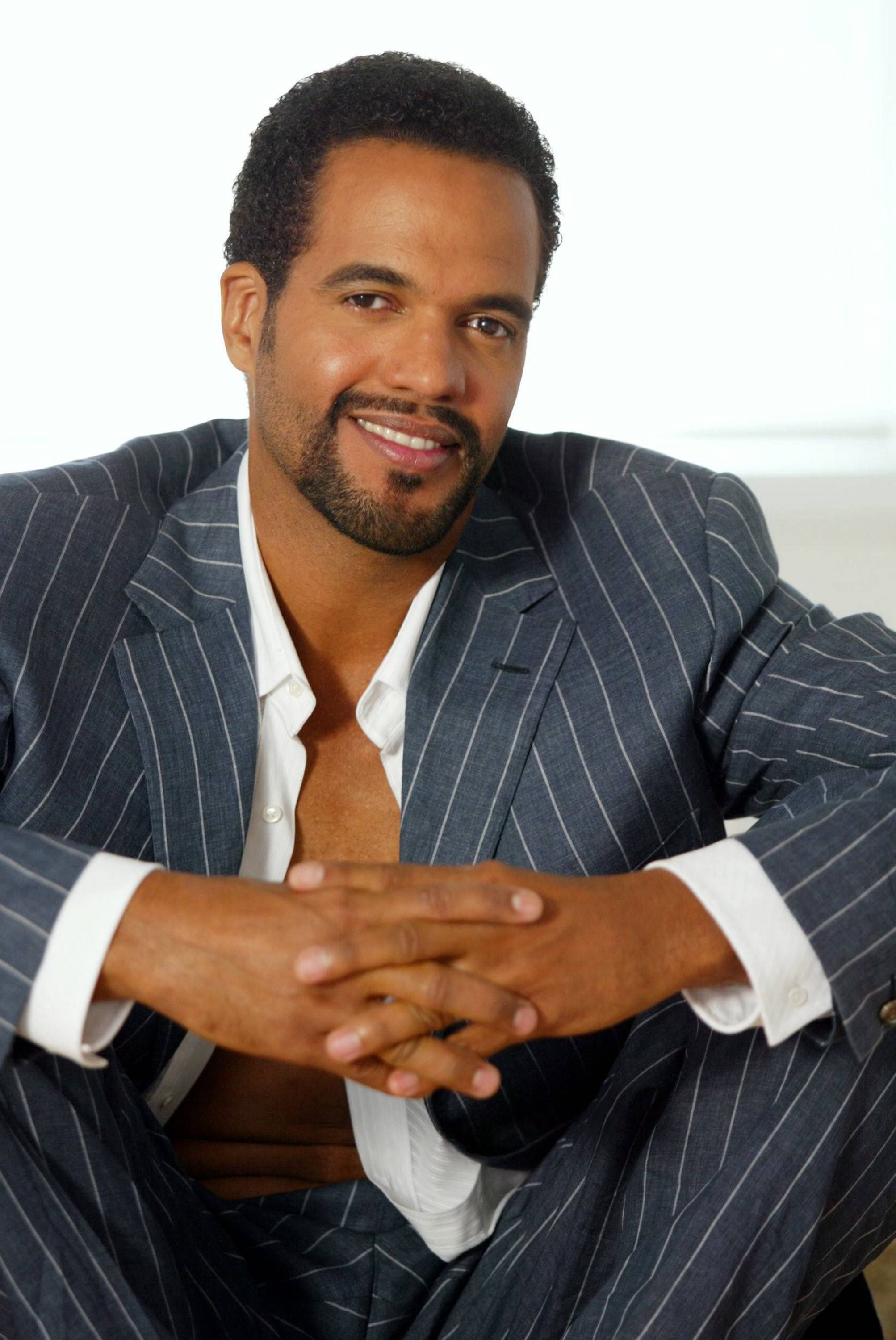 It can’t be easy playing the infamous Victor Newman’s son, but Joshua does it with style and ease. While he’s only in his 40s, Morrow has been with the show for over two decades. As such, the fans have watched the Nikolas Newman character evolve from a spoiled teenager into an upstanding man and father. Morrow has accumulated five Daytime Emmy nods over the years, and is long overdue to take that little statue home one day! 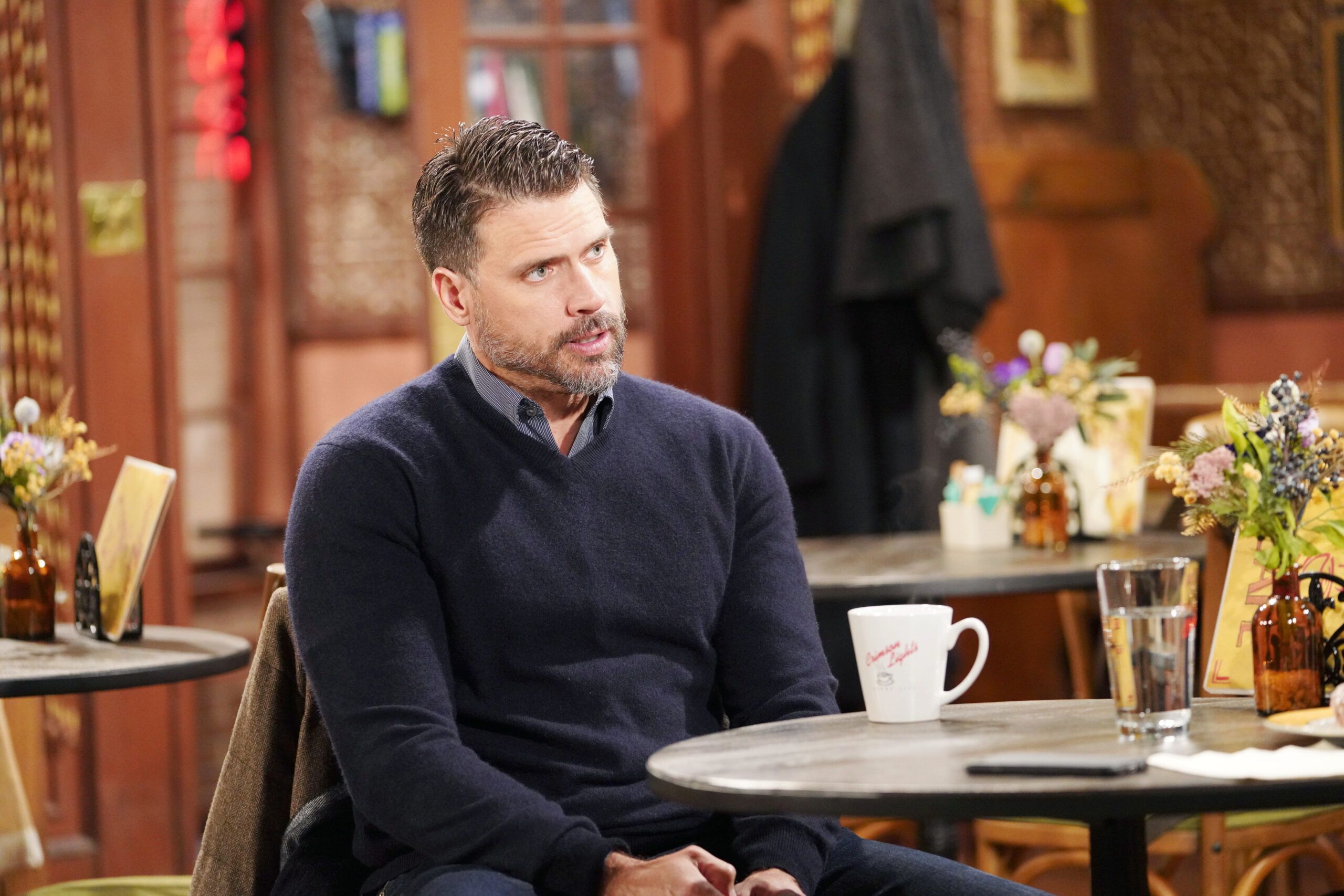 The character of Adam Newman went through several actors. The previous two portrayers, Michael Muhney and Justin Hartley, were acclaimed by fans, which made the shoes even bigger to fill for recast Mark Grossman. However, Grossman has wasted little time imbuing the character with a tantalizing mixture of darkness and light. Plus, he’s found two female co-stars in which he has serious chemistry: Sharon Case (who plays Sharon) and Courtney Hope (Sally Spectra). 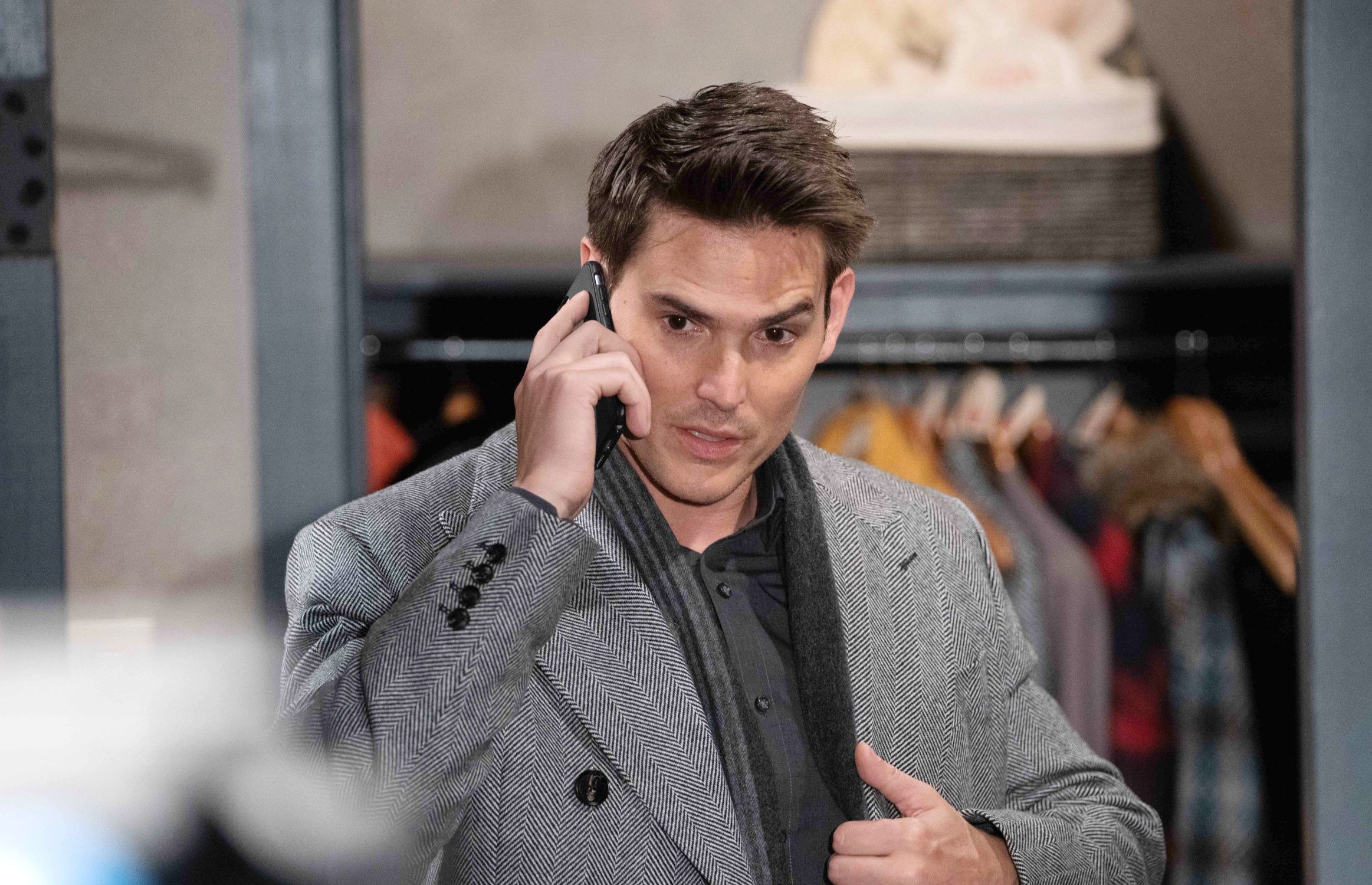 When Michael Baldwin strolled into town in 1991, he wasn’t the nicest of characters. In fact, he was a schemer, abuser, manipulator and all-around terrible guy. The Michael Baldwin character is brilliant, handsome, and the ultimate romance guru. While he was once someone no one in Genoa City trusted, he is now one of the most upstanding citizens on the entire show. All this is thanks to the incredible acting talents of Christian LeBlanc, the actor who brings Baldwin to life daily. Over the years, LeBlanc has been acknowledged by peers for his tremendous performances on the Y&R, racking up three Daytime Emmys and a total of 12 nominations.

Bryton James has been performing since he was three years old, and it shows. The actor never appears to be performing at all, which is part of the reason Y&R viewers feel so close to his character, Devon Hamilton. He has been nominated for ten Daytime Emmys and taken home the trophy twice. 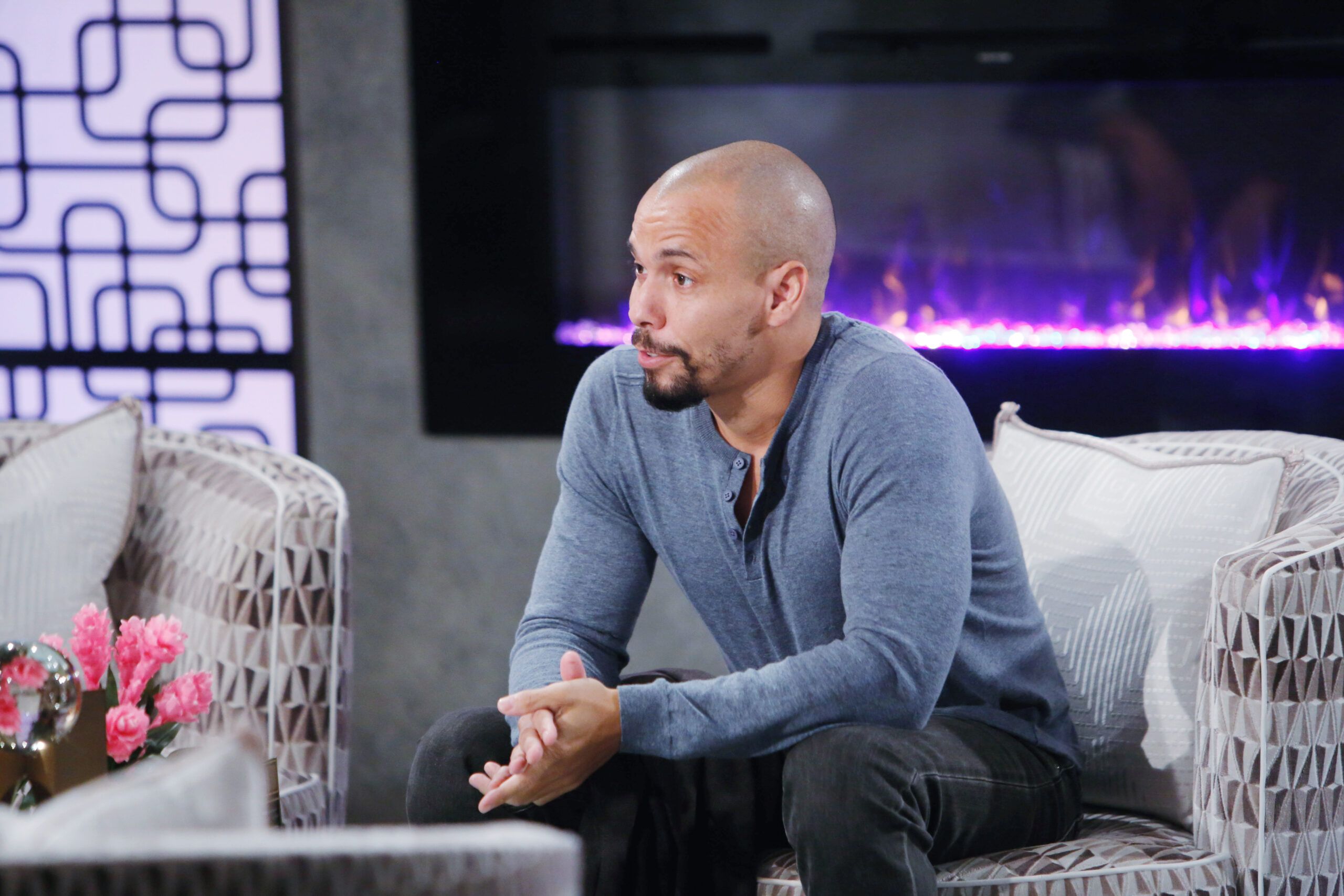 Victor Newman would not be impressed with being number two, but it’s nothing to snuff at, especially when you look at his competitors on this list. Eric Braeden strolled into Genoa City in 1980 and the landscape of the Y&R was changed forever. Victor was initially an evil and controlling character, but over the years, fans have seen a softer side to Newman. This may be thanks to his grandchildren, but hugely due to the fact that Eric wanted fans to see a different side to the once one-dimensional character. With eight Daytime Emmy nods and one win, Victor and Eric have truly made a huge impact on the soap opera world. 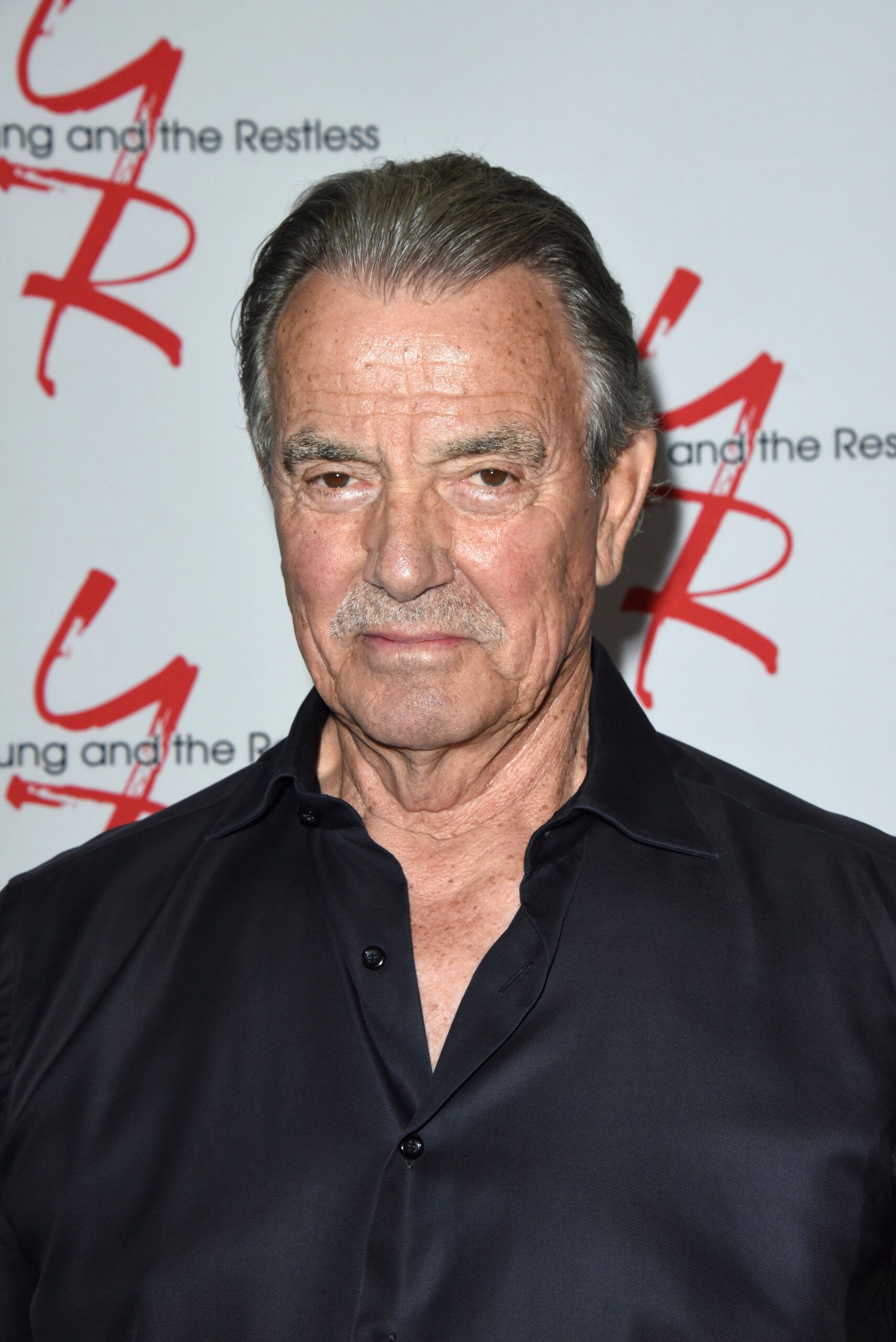 Peter Bergman has played the dynamic Jack Abbott for close to three decades. Bergman hits number one thanks to his longevity and talent. Victor probably wouldn’t approve of Jack Abbott getting the top spot, but something tells us Eric would be okay with it. Bergman is a veteran of soaps and has a tremendous amount of accolades to back this talent up. He’s gathered an incredible 21 Daytime Emmy nominations over the years and has taken home the award for Lead Actor three times. 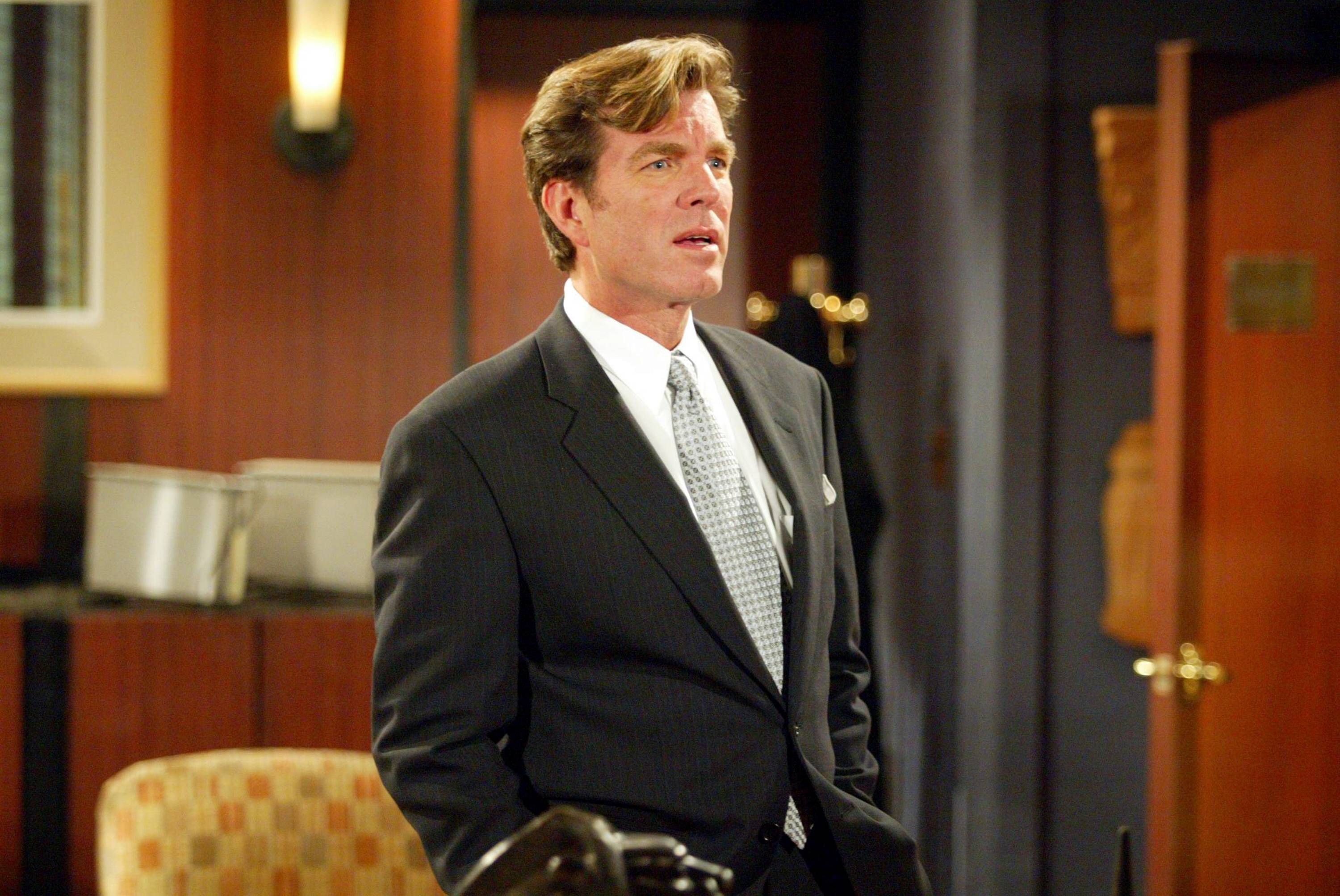 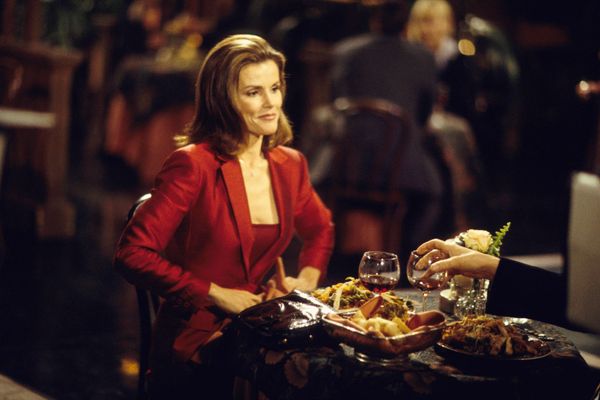