Simply put, the ladies of Genoa City run this small, but busy town. They are strong and stubborn, they can be manipulative, and we love them regardless because they’re always entertaining. Many female actresses have come and gone throughout the years, but all have made an impact in one way or other. Below is a list of the most popular Young and the Restless (Y&R) actresses ranked.

While Sasha Calle has been with the Y&R for a relatively short period of time, she’s made quite the impact. Playing Lola Rosales, her character is strong, stubborn, yet sweet, understanding, and kind. She may be nice, but she doesn’t put up with any crap that could be thrown her way.

While fans don’t see as much as Lily as they use to, she still if very much a big part of Genoa City. At the age of 15, Khalil entered the world of the Y&R and fourteen years later, she continues to entertain fans of the show. Over the years, Khalil has racked up four Daytime Emmy nominations and took the statue home in 2012 in the Outstanding Younger Actress category.

Hunter King joined the cast of the Y&R in 2012, and continues to thrill audiences with her portrayal of Summer Newman. She’s one of those characters fans love to hate, but at times can show her softer and more vulnerable side that many can relate to. Over the years, Hunter has been nominated for a Daytime Emmy five times and won the statue twice.

Melissa Claire Egan is a bit of a soap opera pro at this point. Before joining the Y&R as Chelsea Lawson 2011, she was on All My Children for about four years as well. The Chelsea character has evolved significantly over the years, starting out as a manipulative schemer and turning into a strong businesswoman who knows what she wants. Over her soap opera career, Melissa has been nominated for a total of five Daytime Emmys.

Sharon Case plays a Y&R character that can stir up some controversy. There are fans that love her and there are fans that wish Sharon Newman would simply leave Genoa City once and for all! This is due to the bad life choices on Sharon’s part from time-to-time, but her appeal and dynamic personality do keep things interesting on the Y&R. Case started out with the show in 1994, and over the years has made quite an impact in the world of daytime drama. She’s received five Daytime Emmy nominations and won the award for Outstanding Supporting Actress in 1999.

Speaking of Sharon, her daughter Mariah has made quite the splash on Y&R. Camryn started out by playing sweet little Cassie Newman from 1997 to 2005; however, sadly, Cassie died in 2005 in a huge storyline that had audiences in tears when all was said and done. Grimes would return now and again to play the ghost of Cassie, but when Grimes returned in 2014, fans couldn’t imagine what would happen next. Turns out Cassie had a twin and Mariah Copeland has been with the show ever since. Grimes has the bragging rights of being the youngest actress ever to win a Daytime Emmy, and accepted the statue back in 2000 when she was only 10. She also won a Daytime Emmy in 2018.

Amelia wasn’t the first person to play the coveted role of Victor Newman’s daughter, but she’s won fans over in the years since she has been on the Y&R. She entered the role of Victoria Newman in 2005, and wowed audiences with her portrayal of this strong, yet vulnerable, female soap opera character. She’s also impressed her peers by winning two Daytime Emmys in the Outstanding Supporting Actress category.

Where would Vicky be without her meddling mom? Melody Thomas Scott is simply a daytime drama legend, entering Y&R at the age of 23 in 1979. She’s one of the longest-serving actresses on the show right now, and it’s hard to believe that Nikki was a bad girl with zero morals when she first arrived on the scene. Ever since she got married to Victor, this super couple (that is constantly on-again/off-again) have become icons within the soap opera industry and, even after all these years, they both know how to stir it up on the show.

As a staple on the Y&R, Tracy Bregman has done a lot with the Lauren Fenmore character over the years. She entered the role in 1983 as a trouble-making teenager and over three decades later, she’s turned into a strong and savvy businesswoman and is married to an incredible man. Fenmore has also jumped ship occasionally to Y&R’s sister show, The Bold and the Beautiful. Over the years, Tracy has earned five Daytime Emmy nominations and took the award home in 1985.

While Davidson left the Y&R in 2018, she still pops up for some pretty explosive storylines now and again. She entered the Y&R in 1982 and has turned Ashley Abbott into an iconic daytime drama character. It’s difficult to achieve that kind of popularity when it comes to a soap opera character, but Eileen has the bragging rights to not only one legendary soap opera role, but two. She’s flipped back and forth from the Y&R to Days of Our Lives over the years, playing the evil Kristen DiMera (as well as other roles), and won a Daytime Emmy for her DOOL work in 2014. While Days fans love to hate Kristen, most Y&R fans agree that no one can play Ashley quite like Davidson.

While there were quite a few actresses to play the Jill Abbott role before, when Jess Walton stepped into the character in 1987, she changed the game. Most Y&R viewers would agree that Walton was made for that part, and over the years she racked up a total of four Daytime Emmy nods and has been awarded the statue twice for her legendary work on the soap.

While actress Gina Tognoni did an exceptional job as Phyllis Summers, there’s nothing like the original. Many Y&R fans were over the moon in early 2019 when news broke that Stafford was leaving General Hospital and her Nina Reeves role to head back home to Genoa City. Over the years, Stafford has earned 11 Daytime Emmy nods and has won the award twice for her work playing Phyllis. 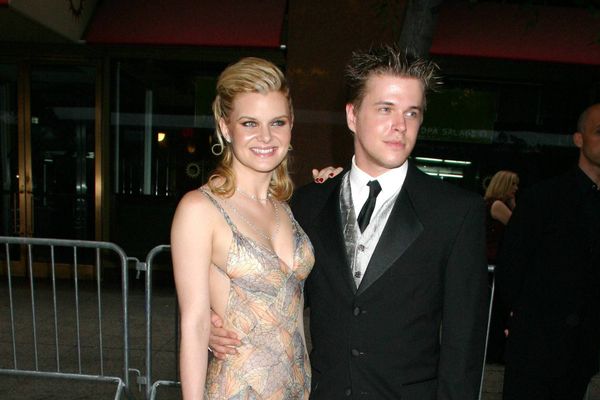