Cheating is always dangerous territory when it comes to relationships, but especially in the world of Hollywood where every misstep makes headlines and is plastered across tabloids. Many popular actors and actresses recognize that an on-screen romance is highly separate from their own private life, but there have been more than a few instances where these boundaries have been blurred, often despite relationships and marriages! Follow along below for 10 movie stars who were caught cheating on their partner with a costar:

Before his acclaimed roles in Eat Pray Love, The Good Shepherd and Watchmen, Billy Crudup was most famous for his reported affair with Claire Danes while filming Stage Beauty. At the time, Crudup was married to Weeds star Mary-Louise Parker, who was seven months pregnant. Crudup and Danes reportedly began sneaking around and were eventually caught in the midst of an affair, which led to Crudup splitting from his wife to pursue the new relationship. The new couple went on to date for four years but eventually split as well. Danes is now married to Hugh Dancy, whom she met and started dating while they were filming Evening in 2007. The timeline of this relationship overlaps with the dates of her relationship with Crudup, which adds yet another layer of complication to this affair.

Russell Crowe and Meg Ryan have quite diverse reputations in Hollywood — while Crowe is often considered one of Hollywood’s “bad boys,” Ryan was often dubbed one of America’s sweethearts. Ryan’s reputation may not be as clean as it seems though, especially after news surfaced of the affair she had with her costar Russell Crowe while filming Proof of Life. At the time, she was married to actor Dennis Quaid, but when the affair came to surface Quaid filed for divorce and ended their 10-year marriage.

Perhaps one of the most publicized cheating scandals went on between LeAnn Rimes and Eddie Cibrian while the two were on set filming Northern Lights. At the time, Cibrian was married to Bravo reality star Brandi Glanville for nine years and Rimes was married to Dean Sheremet for seven. After separating from their respective spouses, the two got married in 2011 once their divorces were both finalized. Unfortunately, Rimes received the brunt of the public backlash and was often caught up in Twitter wars with Glanville. It seems the bickering has settled down in recent years and Rimes and Cibrian seem quite happy together.

While starring together in the psychological thriller Dream House, rumors surfaced that Daniel Craig and Rachel Weisz were getting romantic behind-the-scenes. At the time, both stars were engaged to other people and cheated on their significant others to be together. Craig and Weisz both broke off their engagements and ended up marrying each other and remain together today. Although the couple has never confirmed their affair, it’s easy to understand why fans would assume so after the marriage between them that followed.

Actor Ryan Phillippe took his fictional romance with costar Abbie Cornish on Stop Loss into reality when it was alleged that the two were having an affair behind the scenes. The affair doesn’t sound so terrible at first, but we can’t forget that at the time Philippe was married to America’s “darling,” A-list actress Reese Witherspoon, with whom he had two children. Witherspoon and Philippe ended their marriage and he pursued Cornish, but that did not last either. Witherspoon is now happily remarried and has had a third child with her husband Jim Toth. Your loss, Phillippe!

Hollywood A-lister Angelina Jolie is definitely no angel and has got herself in more than one behind-the-scenes affair with a cast member! While filming Pushing Tin, Jolie and costar Billy Bob Thornton sparked romance rumors while Thornton was in the midst of a serious relationship with his girlfriend Laura Dern. Jolie and Thornton claimed their relationship was more than a short-lived fling and proceeded to marry and were often spotted together on the red carpet donning vials of each other’s blood around their necks. The relationship eventually fizzled, but they have remained friends following the split.

Highly acclaimed Titantic director James Cameron was married to actress Linda Hamilton for only eight months in 1997 while he worked on his blockbuster hit. Cameron cast Hamilton to play Sarah Connor in The Terminator in the ’80’s and the two dated for years. Despite Cameron’s hectic schedule while directing Titantic, he somehow found time to pursue a fling with actress Suzy Amis, who played Lizzy Calvert, Old Rose’s granddaughter in the film. Cameron and Amis began officially dating after Cameron’s split from Hamilton and married in 2000.

Twilight costars Kristen Stewart and Robert Pattinson were a beloved Hollywood golden couple whose fictional romance on screen charmed everyone when they dated in the real world. Their relationship came to an abrupt halt, however, when Stewart was caught getting up close and personal with director Rupert Sanders while filming Snow White and the Huntsman. At the time, Sanders was married to model Liberty Ross and when photos were leaked of the affair, his infidelity lit up the media and made headlines everywhere. Needless to say, Sanders and his angry wife split and she is now remarried, and while Stewart apologized publicly to Pattinson, their reconciliation post affair was short-lived.

Actor Chad Michael Murray was one of Hollywood’s dreamiest men during his days on the set of One Tree Hill and it’s no surprise that costar Sophia Bush was instantly attracted to him. The two fell in love and were even married, but their relationship took a turn for the worse when Murray met Paris Hilton while filming House of Wax. Murray was alleged to have had an affair with Hilton while he was still married to Bush and this led to the beloved couple’s divorce.

In arguably one of the most scandalous affairs to date, Mr. And Mrs. Smith stars Angelina Jolie and Brad Pitt allegedly had an affair behind the scenes of their hit blockbuster. At the time, Brad Pitt was married to Jennifer Aniston and the fling caused turmoil and sent shock waves through Hollywood. Although both Pitt and Jolie denied accusations of infidelity while they filmed the movie, the fact that they pursued each other after Pitt and Aniton eventually split says otherwise. The divorce between Jennifer and Brad was messy to say the least and Brad eventually married Jolie years down the line, but announced their split in 2014. 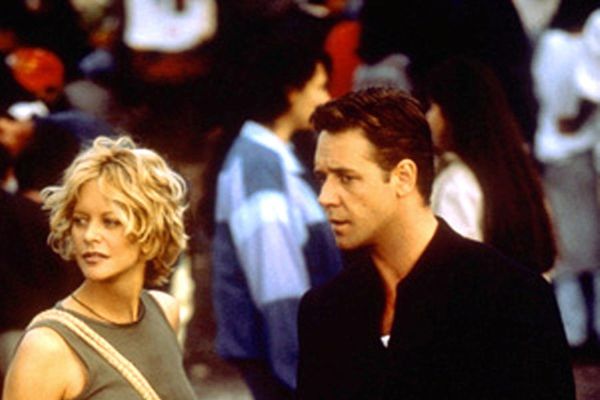 7 Movies That Broke Up Marriages