Sometimes it’s difficult to remember that behind a celebrity’s glamorous photos, stunning properties and luxury vacations is a real person similar to ourselves! Often the lives of the rich-and-famous have surprisingly humble beginnings and their rise into stardom is definitely a story to be told. Whether their story reveals a salacious secret, is heartbreaking and intense or simply hilarious, follow along for 10 of Hollywood’s must-read celebrity memoirs:

Viewers were enchanted by childhood actress Mara Wilson when she graced the screen in Miracle on 34th Street, Mrs. Doubtfire and Matilda. Unfortunately her career came to an abrupt halt as she grew into her teenage years and many studio executives didn’t know if she was still capable of captivating audiences the way she did as a child. She details her struggles of taking a step out of the spotlight in her memoir and tells her side of the story. “When you see that somebody’s last credit is ‘Thomas and the Magic Railroad’ when they’re an awkward 12-year-old, you’re, like, ‘Oh, how sad,’” she once said. “You don’t know what happens between those IMDB entries. I knew there were people who felt sorry for me and people who were making up stories about me. I think I wanted to reclaim that narrative.”

Actress and model Lily Collins shared some of her most challenging obstacles and deepest secrets in her memoir Unfiltered. The brunette beauty is known for her enviable brows and the first chapter of her memoir opens with a story about her childhood when she plucked her eyebrows so that they looked like one of her classmate’s. “The quirky things that make you different are what make you beautiful,” she preached following the anecdote. The actress recently took on a starring role in To The Bone where she played an anorexic woman and shares in her memoir more details behind her own struggles with eating disorders. She also delves into her life as a child and the role of being the estranged daughter of ’80s singer Phil Collins.

Watch What Happens Live‘s Andy Cohen is Hollywood’s resident gossip king and readers were shocked with all the juicy celebrity stories revealed in his memoirs. The star got up and close and personal with Hollywood’s A-listers and revealed his own personal encounters with Taylor Swift, Oprah Winfrey and Jennifer Aniston among others! The insider-written tales of Hollywood’s greatest misadventures is scandalous to say the least and Cohen himself has even admitted to going too far in some instances. Read more about the biggest bombshells Cohen revealed in his memoir Superficial here.

7. Lauren Graham — Talking As Fast As I Can

Lauren Graham’s Talking As Fast As I Can is a must-read for every die hard Gilmore Girls fan! Graham delves into countless behind-the-scenes memories of her time working alongside Alexis Bledel and facts fans most likely don’t know about the beloved television series and the long-awaited revival. Aside from her career, Graham also tells anecdotes of her personal life including the challenges that come with being a woman in Hollywood, her juicy dating life and even her experience trying to go vegan.

6. Holly Madison — Down The Rabbit Hole

Former playboy bunny Holly Madison released her memoir Down the Rabbit Hole in 2015 and offered a tell-all biography of her experience living in the mansion. She does not sugar-coat her experience and details the years of verbal and emotional abuse she was forced to endure while living with Hugh Hefner. Madison never signed a non-disclosure agreement which meant every experience in the mansion was free to discuss and tell the public in the story. She delves into the topics of Hef offering her drugs, his manipulation of the women and even the sexual encounters that occurred during her time living in the mansion. Find out the 8 biggest revelations from the memoir here.

5. Amy Schumer — The Girl With The Lower Back Tattoo

Amy Schumer’s memoir The Girl With the Lower Back Tattoo hit the shelves last August and became an instant hit as the comedian outlined her childhood experiences and rise to stardom while still staying true to her signature sense of humor. Schumer is known for being blunt and isn’t one to dance around the truth and her memoir does exactly that! She discusses her experiences in a way that is super relatable despite her A-list status and tells lighthearted anecdotes, but doesn’t shy away from her deeper side by sharing stories of family affairs and abusive ex-boyfriends.

Teen Mom star Kailyn Lowry has documented her life for nearly a decade on the hit MTV series 16 & Pregnant and Teen Mom 2. Fans may initially assume they know everything there is to know about Lowry after seeing her daily life as a young mother on television, but her memoir proves that there is surprisingly much more to learn about her! In the tell-all memoir, she discusses how she was raised by an alcoholic mother and had an absentee father, and also touches on her dramatic first relationships and sexual experiences. Click here to learn 15 of the biggest and most shocking revelations from Lowry’s memoir.

Star Wars actress Carrie Fisher brings fans behind the scenes of one of the world’s most famous film sets in her revealing memoir The Princess Diarist. Although the insider information of Star Wars is enticing, the true bombshell of this memoir is that she finally admits to her affair with Harrison Ford after previously denying accusations for years. Fisher calls upon the journal posts she wrote as a 19-year old that are filled with honesty, angst and obsession. “It wasn’t my secret to keep,” she explained matter-of-factly of the affair with her on-screen love interest Han Solo. The novel was published in November of 2016 and Fisher passed due to an overdose soon after in December of that year.

Jonathan and Drew Scott from the Property Brothers quickly became household names as their renovating series grew to become a wildly popular HGTV series. The revealing memoir shares stories of their rise to fame including their years as models and actors, but also delves deep by sharing their financial struggles. The twins speak openly about Jonathan filing for bankruptcy and Drew racking up $100,000 in debt. They also share exclusive behind-the-scenes secrets and discuss never-before-revealed tales of their upbringing and life before television. Stay tuned for a full review coming to Fame10 soon!

Perhaps one of the most anticipated memoirs is Unqualified by Anna Faris which is set to be released in October! Her recent split from actor Chris Pratt sent shock waves through Hollywood and fans are dying to hear more about the reasons behind the golden couple’s decision to split. Her memoir is filled with insider information about navigating the dating world in Hollywood, the initial stages of launching her podcast and the pressures of being a parent in the spotlight. Perhaps one of the most enticing aspects of the memoir is that the foreword is written by her ex, Chris Pratt! 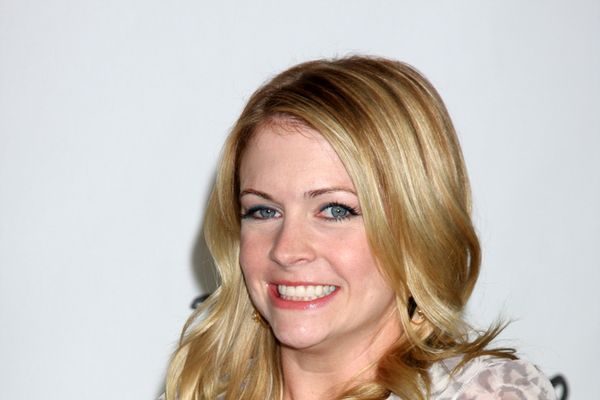