When a movie ends up being a huge hit, it makes sense to try to keep that love-fest going by turning the film into a television show that fans can enjoy regularly. When it’s done right, it’s a treat for both creators of the show and viewers at home, but more often then not it falls short. It’s the same with unnecessary sequels that flop, if it ain’t broke don’t fix it. Sometimes great things are better left alone to enjoy once in a while. With the new release of the series Limitless based on the successful Bradley Cooper film, we decided to take a look back at shows that were created from films. Here’s a list of 10 popular movies that failed miserably as TV shows. You might remember some of these, and others, well there’s a reason there went largely unnoticed.

When Julia Styles, Heath Ledger, and Joseph Gordon Levitt along with a group of incredibly attractive fellow teen actors (or at least actors who looked young enough to play teenagers) took on a modern adaptation of William Shakespeare’s The Taming of the Shrew, the result was 10 Things I Hate About You. The adorable film easily won over fans (how could it not with Heath Ledger dancing around stadium stands while belting out “You’re Just Too Good To Be True?”) so the film’s creators decided instead of opting for a sequel, they would create a TV show instead, starring Larry Miller, Dana Davis, and Lindsey Shaw. The show was meant to follow different-as-night-and-day sisters Kat and Bianca as they continued their daily lives as high school students living very different lives right alongside each other. But instead of their snazzy California high school, the family would be relocating to Ohio where things were sure to be…wild? Fans weren’t really into it and the show faded away without ever really being noticed, which is probably a good thing.

Indiana Jones and the Kingdom of the Crystal Skull wasn’t the first time Hollywood tried to bring a young Indiana Jones type character to the screen. But before Indie’s son took over the whip, The Young Indiana Jones Chronicles had teenage Indie himself taking on archaeological adventures on the small screen. Attempting to entice excitement-loving fans in the early ‘90s and starring Sean Patrick Flannery, the show was actually well-received by critiques and even earned itself a few Emmy awards before being cancelled after only two partial seasons.

Audiences fell in love with the super Greek Portokalos family in My Big Fat Greek Wedding, so it only made sense to bring her life after the wedding to the screen in a new television show. Starting right after the married pair start their new life together, the program that starred My Big Fat Greek creator, writer, and leading lady Nia Vardalos, along with Steven Eckholdt as her hubby and Andrea Martin reprising her role of the loud and loving Aunt Voula. Unfortunately, the show didn’t quite pick up on the popularity of the movie and it was cancelled before it could really even get going.

Re-watching The Net nowadays is a fun glimpse back into the early days of the internet and online cyber culture. With Sandra Bullock taking the lead and playing a professional hacker-like virus-tamer whose life is turned upside-down when she becomes the target of a team of techy bad guys, the movie was a popular hit with audiences. Three years after the film came out, the decision was made to bring The Net to the small screen. Starring Brooke Langton, the story mimicked the movie, with main character Angela Bennett fighting the faceless praetorians when her identity is stolen and she’s branded a criminal. This time, with the help of a mysterious fellow hacker friend, the sorcerer, the showed did its best to keep the cyber-buzz going, but failed when the show only made it for one season before the plug was firmly pulled.

Having George Clooney on board might seem like a sure way to success in Hollywood, but if the disastrous Batman & Robin movie didn’t prove that fact very (very!) wrong, then you just need to find out about Baby Talk. A TV adaptation of Look Who’s Talking, which had snarky, snappy babies thinking their way through the movie’s plot, the show made it through several changes in desperate attempts to make it work and lasted for two seasons before the network gave up on it and Baby Talk was canned.

When Michelle Pfeiffer stepped into the classroom in 1995’s Dangerous Minds, along with a cast of talented young actors, she brought major success to the film. Hoping to use that success for a small screen premise, a show was launched soon after starring Annie Potts in the lead role. The former Designing Women star and her new cast of teens managed to keep the series stringing along for 17 episodes, but it failed to capture the audience’s attention with the same impact of the movie and was cancelled before the school kids could even come close to graduating.

4. A League of Their Own

There’s no crying in baseball! And the stars of the A League of Their Own surely had to keep that in mind when they tanked on-screen. No, we’re not talking about the movie, starring Gena Davis, Lori Petty, Madonna, and Rosie O’Donnell, as well as Tom Hanks and a team’s worth of amazing ladies which was a massive hit and is still to this day loved by fans of film. The television show, which included an episode where the team gets a chimpanzee as a mascot (so you can clearly see the stellar level of writing that was going on), only last three episodes before being given a chance a few months later but only managed two episodes that time before calling it quits completely. So, maybe there’s a little crying in baseball, at least if those who were involved with this show have anything to say about it.

John Candy was absolutely perfect as Uncle Buck, the immature, unreliable uncle who came to take care of his nieces and nephew when his straight-laced brother and uptight sister-in-law call him in need. Taking care of snarky-yet-totally-amazing Tia and the younger siblings Maizy (played by a young Gaby Hoffmann) and Miles (played by a young Macaulay Culkin), Buck endears himself to his estranged family with his quirky-yet-lovable ways. So when CBS decided to make Uncle Buck into a television show and cast Kevin Meaney in the title role, it just really never had a chance. Keeping things going for a full season, disinterested fans were surprised it even lasted that long.

Jennifer Aniston may have found fame and fortune on Friends, but before that she tried to do the same on Ferris Bueller. In 1986, Ferris took the movie-loving world by storm and in 1990, NBC decided that fans would surely want more Ferris on a regular basis. Casting Charlie Schlatter as Ferris, the lead character initially explained to viewers that this character was meant to be separate from the film that it was supposedly based on and fans were encouraged not to associate the two too closely. Ummm, okay? No. With Jennifer Aniston taking on the role that Jennifer Grey played in the movie of Ferris’ sister Jeannie, the show was never meant to be, which Jennifer is probably super thankful about since Friends came along not too long later and shot her into the superstar stratosphere.

It might have made you cringe to find out that they attempted to make Ferris Bueller into a television show, but that isn’t the only movie that Jennifer Grey starred in that made this list. Possibly even more offensive to those who hold classic movies sacred is the #1 item on this list, Dirty Dancing. Before Hollywood attempted to remake the film in movie form, CBS cast Patrick Cassidy as Johnny and Melora Hardin as Baby (yes, Jan from The Office!). The show took the basic premise of the movie and still had the characters at Kellerman’s during the summer of 1963. But Baby was no longer a guest, instead she was turned into the daughter of owner Max Kellerman. Baby becomes Johnny’s boss as Kellerman’s talent director and the two star-crossed-lovers find themselves falling for each other. But before things could progress to the level of emotion (and, of course, physicality) of the movie, the series was cancelled after only 11 episodes. 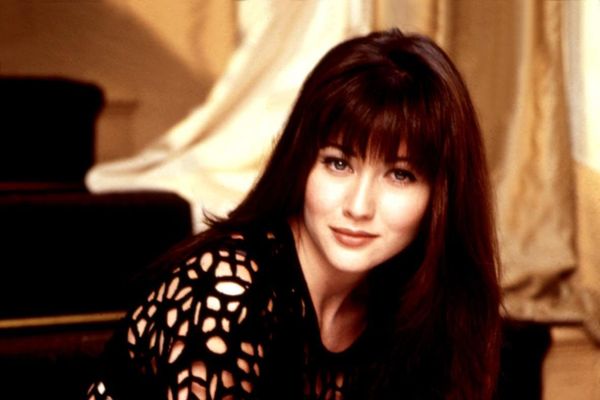 12 Television Stars Whose Bad Behavior Got Them Fired