No one can possibly say they’ve never experienced the annoyance of a child throwing a tantrum at a restaurant, making wild demands or acting irrationally upset about not getting their own way. We always forgive them because after all, they are just kids! But fans have a much harder time offering up their forgiveness when the ones throwing the tantrums are over-privileged grown ups who have  sudden outbursts of childish anger over the silliest grievances. Unfortunately for these celebs, their behavior was public. This list takes a look at some of the 10 most shocking celebrity tantrums!

Bad-boy actor Russell Crowe is known for his temper, but things reached a boiling point when he was staying in a $3,000 a night room in SoHo. The Australian actor was trying to get a hold of his wife, and when he couldn’t get through, he threw the phone in the hotel clerk’s face! The employee was injured below the eye, and of course, the cops were called. He wound up being charged with two felonies, assault in the second degree and criminal possession of a weapon. Bad day!

Like most celebs, the youngins have their egos too, and Kylie Jenner is a bit of an entitled diva! While at a hotel with Jayden Smith, the then-16-year-old demanded that the bartender serve them drinks. When the staff refused, she flew into a rant, shouting, “do you know who I am?” Well, of course they did and they also knew how old she was. When you think you can play the “do you know who I am” card and it doesn’t work…that’s gotta sting! But not to worry, Kylie was sure to hit the town as an underager with her big sisters! The family that just radiates class…

Mel Gibson went from A-lister to washed up actor over night when the actor made a series of bizarre and belligerent phone calls that were recorded by his ex-wife, Oksana Grigorieva. The racially-charged rants became public domain and included jumbled illogical phrases, racial condemnation, and death threats, all of which left Mel looking like a stark raving lunatic. And this wasn’t the first time the Braveheart star let his racist tongue wag loose! Mel also accused the Jews for being responsible for every war in the entire world, while being arrested for a DUI in 2006! Yikes!

Is it just me, or does anyone else miss cray cray Britney?! In one of the best stories of Britney flying off the handle, she gave an entire adult store quite the show! At 1:00 am, the pop princess arrived to buy a sexy pair of panties. For whatever reason, she wanted to try them on, but when the store clerk informed her that undergarments could not be tried on, Britney demonstrated to everyone that she plays by her own rules. She stripped off her pants and underwear right there for all to see and tried the panties on. The employee told her that she had to buy them, which she did before storming out and stealing a wig off of one of the mannequins! Now that, I’d pay to see!

Christian Bale’s tantrums are legendary and have built the actor a reputation for being “difficult” to work with. The Dark Knight star was recorded while on set filming Terminator: Salvation berating a poor assistant. He went absolutely ballistic and profanely ranted after the assistant had walked into the background of the scene. He went so far as to insist that man be fired! When the audio was leaked, Bale’s PR firm probably threw their own fit! Bale made a series of public appearances after that to try to smooth things over, but this incident, as well as an arrest for assaulting his mother and sister in a hotel, has sealed his reputation!

Any article about celebs behaving badly will inevitably feature Kanye West. The rapper is known for his wildly inflated ego, his limelight stealing outbursts, and his incessant need to always share his opinion. Even if we can get past the fact that he stole the microphone from Taylor Swift while she was accepting her Grammy Award, or that he slammed rocker, Beck, in another Grammy mishap, one cannot help but ignore the time that West threw a full-on tantrum while in the middle of Toronto’s PanAm Games. Kanye was there to perform for a full stadium, but when he experienced technical difficulties, he went INSANE! He threw his mic to the ground and began chewing out the crowd and anyone else that happened to be there! He was cursing and claiming that everyone was really lucky that he’d even perform there. Yeah…a full stadium is lucky to have seen you throw a hissy fit…right!

This diva certainly lives up to her name! When Nicki Minaj was denied extra rehearsal time for an appearance at Fashion Rocks Concert, she took matters into her own hands! The “Anaconda” singer performed all right, but she decided to wear a hugely inappropriate top and simulate sex while dancing. The producers of the live cable television show were furious, and needless to say, she’s yet to be invited back!

Who knew there was another Hilton? Well this one isn’t of leaked porn fame, but is of Airbus A380 infamy. The ridiculously rich heir was nothing but trouble while travelling from London to Los Angeles. Conrad refused to turn his cell phone off when asked, smoked cigarettes and marijuana in the bathroom, and harassed passengers and flight attendants, calling them all sorts of things, but namely, “peasants.” He was given a written warning by the pilots but ripped it up and began yelling “I will own you.” Perhaps someone should mention to him that slavery is no longer legal? When he finally passed out in his seat, the crew restrained him with handcuffs. When he woke up and realized what had happened, he began yelling profanities and said that he’d get everyone fired! When the marshals boarded the plane and took Hilton off in handcuffs, no one on the plane was sorry! In a statement released later, Conrad’s lawyer claimed that the young hotel prince was under the influence of sleeping pills…yeah right!

Charlie Sheen lost his cool and threw quite the series of tantrums during a very public meltdown in which he slammed Two and a Half Men producer, Chuck Lorre. Sheen was also recorded while in the throws of incomprehensible rants. The tantrums resulted in Sheen being fired from the show and his erratic behavior has forever crushed his public image.

Rocker front woman, Courtney love, has had more than her fair share of controversy and public tantrums — and more than once it has landed her in legal troubles! After filming Beat in Mexico, the rock’n’roll chick of Hollywood faced allegations of throwing “violent verbal tantrums” while on set of the biopic of beat poet William Burroughs. Several members of the production team came forward claiming that Love spoke belligerently to them, throwing insults like “puta” and “corrupt Mexicans.” No one can be sure of Love was sober throughout production, and we all know ow wild her drunken antics can be. Who could forget her flashy appearance on David Letterman? What a walking train wreck! 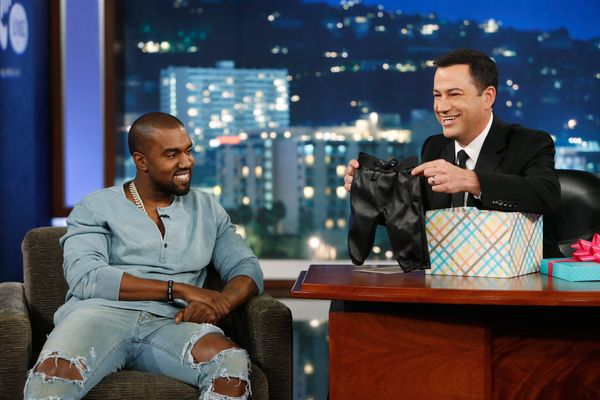