Sometimes celebrity feuds are really interesting, but other times they are really stupid. For these 9 feuds, we still can’t believe that these people wasted time fighting about this crap, but here we are!

Back in 2006, Lindsay Lohan wrote some lewd message about Scarlett Johansson on the wall of a bathroom stall in a New York City club. When asked about it a couple years later, Scarlett said that she’d only met Lindsay a few times, so she had no idea what her problem was. Some say Lindsay did this because she was jealous of Scarlett’s career and a few years later she more or less confirmed it. “What hurts me the most is that I work just as hard as any actress my age, like Scarlett Johansson, but I just don’t get the opportunities that they get because people are so distracted by the mess I created in my life,” Lindsay told Interview magazine in 2009. “The Parent Trap” actress has never made a lot of sense, but writing lewd comments about one of her peers in a washroom is just stupid.

When they were both on American Idol together, Nicki Minaj and Mariah Carey feuded regularly. Apparently it all began because Mariah didn’t want Nicki to join the show and it escalated from there. It really felt as though the show didn’t have enough room for both of their enormous egos and the whole feud seemed adolescent and also cliché.

Over a decade ago, Hilary Duff and Lindsay Lohan were embroiled in a pretty serious fight over Aaron Carter. He was dating Hilary, but then dumped her for Lindsay, only to dump Lindsay and go back to Hilary. According to Aaron, he then cheated on Hilary with her best friend. He was never worth all the drama he created. It’s too bad these girls weren’t able to see it.

Kanye West and Wiz Khalifa fought over the name of Kanye’s album. He switched it from Swish to Waves and Wiz wasn’t into it. After Wiz tweeted, “Hit this kk and become yourself,” Kanye lost it. He thought Wiz was talking about his wife Kim Kardashian, but Wiz says he was talking about a strain of weed. Kanye proceeded to throw a fit on Twitter. He even brought Amber Rose and her child with Wiz into it. Wiz barely responded, claiming that he had “joints to roll,” but that didn’t stop Kanye’s temper from going wild. There’s a reason he’s considered one of the most difficult artists to deal with in the business – he flips out over nothing and he doesn’t know when to stop.

A feud erupted between Tom Cruise and Brooke Shields back in 2005 when Tom told Access Hollywood that Brooke’s decision to take antidepressants to treat her postpartum depression “irresponsible.” “When someone says (medication) has helped them, it is to cope, it didn’t cure anything. There is no science. There is nothing that can cure them whatsoever,” he said. Brooke fired back, telling Tom to “stick to saving the world from aliens and let women who are experiencing postpartum depression decide what treatment options are best for them.” We personally don’t understand why Tom ever felt the need to talk about a medical condition that he doesn’t understand. Dude needs to mind his own business.

Blac Chyna and Kylie Jenner have been feuding for a while now, ever since Tyga left Blac and their son to go be with the then underage Kylie. Since then, these two have been duking it out on social media. What’s the most ridiculous part of this feud? These young ladies are fighting over Tyga, a guy who can barely rap. Can’t they find a better guy to fight over?

Khloe Kardashian had a serious bone to pick with Amber Rose after she outed Khloe’s younger half sis Kylie for stealing Tyga away from Blac Chyna. It was a huge secret that 17-year-old Kylie was dating the 25-year-old rapper, so Khloe attacked Amber like a Pit Bull. Months after the feud, Amber opened up about it on Perez Hilton’s Podcast. She claimed that she hadn’t been attacking Kylie – she was criticizing Tyga. She also said that Khloe could have handled things in a classier way. “I feel like that should have been more of a phone call that Khloé could have had with me – she could have called me. We run in the same circles,” she said. Yeah. Khloe definitely should have done that instead of blowing things way out of proportion.

No one really knows why Taylor Swift and Katy Perry are fighting, but they have both alluded to the fight in the media, which means it must be real. Some say the squabble is over John Mayer. Taylor dated him back in 2010 and she wrote rather disparagingly about the relationship in one of her songs. Katy – who had an on-again, off-again relationship with him for the past few years – didn’t like how Swifty treated him. It all seems pretty ridiculous, especially if it is all about John Mayer. He’s not worth fighting over.

Kanye West went off on Jimmy Kimmel after he spoofed an interview with BBC 1’s Zane Lowe where he called himself the biggest rock star in the world. The spoof was pretty adorable. It featured a couple of kids, drinking milkshakes while one of them mimicked Kanye’s rant. A couple days after the spoof aired, Kanye went on a Twitter tirade in response to the video. Some people thought that Jimmy and Kanye were in on this together, but it wasn’t so. Kanye was really angry, hence all the caps. He can’t take a joke cause he takes himself way too seriously. 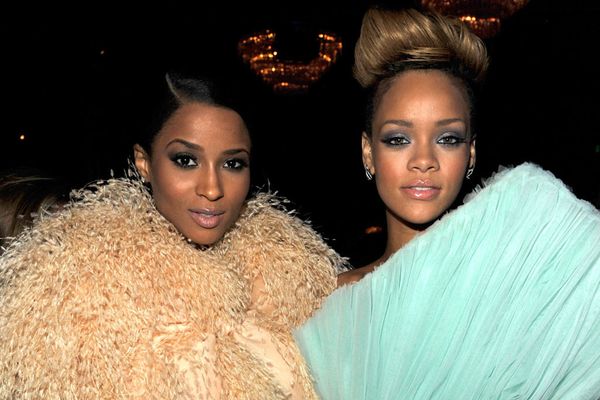 10 Most Shocking Pop Feuds Of The Past 5 Years