11 Most Shocking Celebrity Feuds Of 2016

This year has been full of celebrity feuds and, for some reason, the same people seem to be involved in all of them! Now that the year is finally over, we are rounding up some of the most shocking celebrity fights of 2016 – so here are the top 11:

When Kim Kardashian uploaded a nude selfie to Instagram this past March, celebrities like Bette Midler and Chloe Grace Moretz responded. Midler jokingly tweeted, “Kim Kardashian tweeted a nude selfie today. If Kim wants us to see a part of her we’ve never seen, she’s gonna have to swallow the camera,” while Moretz wrote, “I truly hope you realize how important setting goals are for young women, teaching them we have so much more to offer than just our bodies.” Kim fired back at both Bette and Chloe on Twitter. She mockingly welcoming the young movie star to the social media platform and then accused Bette of being a fake friend. Moretz has since expressed regret over engaging in a Twitter fight with Kardashian, claiming that the reality star “didn’t deserve [her] attention.”

Kelly Ripa’s feud with ABC began in April when news broke that her co-host, Michael Strahan, would be leaving their show Live! with Kelly and Michael for a full time position with Good Morning America. Kelly had been blindsided by her co-workers departure and called in sick for a couple of days after the news broke. When she did return, things were so tense between her and Michael that ABC had him leave Live! in May as opposed to September and they reportedly gave her a nice raise to keep her happy.

Nathan Fillion and Stana Katic – who played a couple on the TV series Castle – seemed to have great chemistry on-screen, but it turns out that it was all an act. In April, it came out that Katic was leaving the show because she was unhappy with the series and was having frequent clashes with Fillion. Things were so bad between them that producers forced them get couple’s counseling to resolve their conflict. Katic’s publicist denied that she had any conflict with Fillion to US Weekly, but his team didn’t respond to a request for comment.

After a year of dating they broke up, and things between Taylor Swift and Calvin Harris initially seemed pretty civil – until she started dating Tom Hiddleston. It became even more acrimonious when it came out that she secretly wrote his song “This Is What You Came For” under the pseudonym Nils Sjoberg. Harris was pretty angry when Swift’s rep confirmed her involvement in the song and took to Twitter to slam his ex. “I figure if you’re happy in your new relationship you should focus on that instead of trying to tear your ex bf down for something to do,” he tweeted. “I know you’re off tour and you need someone new to try and bury like Katy ETC but I’m not that guy, sorry. I won’t allow it.” Swift didn’t respond and now they seem to have buried the hatchet.

Taylor Swift and Kanye West had been on good terms when he released his controversial song, “Famous,” which featured the lyric, “I feel like me and Taylor might still have sex / I made that b-tch famous.” Taylor wasn’t happy about the lyric and he insisted he had her approval, but she denied this, claiming she was never made aware of the actual lyric. At the 2016 Grammy Awards, she made her feelings about West known when she warned young women to be aware that there would be people out there who would undercut their success and take credit for their accomplishments and fame. West’s wife Kim Kardashian didn’t take too kindly to Swift lying about her husband so, in an interview with GQ, she revealed that she had the receipts on the phone call between West and Swift where the pop star gave the rapper permission to use the lyric. A month later, Kardashian released a collection of videos on Snapchat featuring the phone call between Kanye and Taylor where they discussed the song and Taylor gave her approval for the lyric. Swift was pretty shocked and responded with a post on Instagram explaining that she wasn’t aware that West was going to call her a b-tch. While there was a lot of press concerning this initially, Swift laid low for a while and now the whole thing has since blown over.

Stephanie Seymour ended up creating controversy when she called social media models like Kendall Jenner and Gigi Hadid “b-tches of the moment” instead of supermodels. Jenner responded to the comment, accusing Seymour of publicly shaming her while Gigi’s mother, Yolanda, also slammed Seymour for publicly putting her daughter down. The ‘80s icon responded to the controversy, claiming that her comment was a joke and that she admired Kendall and Gigi’s work.

After wrapping filming for Fast & Furious 8, Dwayne Johnson took to Instagram to slam some his male co-stars for behaving like “candy asses.” Although he didn’t name anyone, all reports seemed to indicate that the person in question was none other than Vin Diesel. According to Page Six, Diesel was constantly late to set and had been acting like a diva, holding up production. A few days after the Rock’s post, Diesel took to Instagram to post a cryptic message. “Honestly, give me a second, and I will tell you everything,” he said in the video. Diesel, however, never did explain “everything.”

This past August, Justin Bieber and Selena Gomez got into a spat on Instagram. The pop star had been posting pictures of his girlfriend at the time, Sophia Richie, and his fans weren’t into it. He threatened to make his Instagram private unless the haters stopped bad mouthing Richie when Gomez jumped in, defending his fans and accusing him of cheating on her. “Funny how the ones that cheated multiple times, are pointing the finger at the ones that were forgiving and supportive, no wonder fans are mad. Sad. All Love,” she wrote. “If you can’t handle the hate then stop posting pictures of your girlfriend lol. It should be special between you two only. Don’t be mad at your fans. They love you.” Bieber responded with, “I cheated… Oh I forgot about You and Zayn?” and then deleted his Instagram account. Gomez later apologized, confessing that what she said was “selfish and pointless.”

During one of his Saint Pablo shows in October, Kanye revealed that he and Jay Z are no longer that close. In fact, according to him, their kids have never even played together and Jay Z and Beyonce hadn’t visited Kim Kardashian since her Paris robbery. During another concert in November, West delivered another rant about his feud with the power couple, claiming that Beyonce said she would only perform at the MTV VMAs if she beat West and Drake out for Video of the Year. Two days after this, West cancelled the remainder of his Saint Pablo tour and checked into a hospital for dehydration and exhaustion. Rumor has it that though that his feud with Beyonce and Jay Z isn’t imagined. Queen Bey has never been a fan of Kim and she doesn’t like that West has appeared in her family’s reality show, Keeping Up with the Kardashians.

Teen Mom OG stars Farrah Abraham and Amber Portwood have been feuding since their reunion this past fall when Farrah’s boyfriend Simon Saran made off-camera remarks about Amber’s fiancé Matt Baier, calling him a pedophile, and the controversial reality star agreed with him. Things escalated with Portwood storming the stage and launching into an expletive-filled rant against Abraham after her pedophile comment. Since then, the feud has been playing out on Instagram, with Farrah comparing Amber to Miss Piggy. 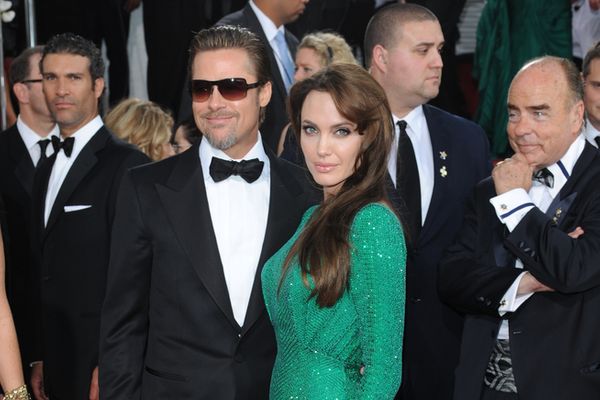