Looks can be deceiving! And while the Roloff family appears to be innocent, there are lots of scandalous little secrets that have surfaced about the TLC stars. This list takes a look at the good, the bad, and the ugly things you didn’t know about the reality celebs of Little People, Big World!

The beloved father of the Roloff family, Matt, was arrested after he was caught swerving in his van near his Oregon home. He was charged with a DUI but was found not guilty 6 months later.

Social media is a dangerous thing for people who can’t think through their words before they type them. Back in the day, the Roloff’s then-teen son Jeremy, was reported to be spreading racist and homophobic sentiments via his MySpace account. The report surfaced in The National Enquirer, where a source claimed, “I don’t think Jeremy is hateful, just ignorant.” The couple’s other son Jacob has also made drug related posts on his Twitter account, “Who doesn’t suck at selling weed?” he posted on July 30. “Hmu.”

Jacob Roloff has also gained notoriety for dropping out of high school. He took to Twitter to respond to fan’s of the show’s criticism. He tweeted, “If you can tell my intellectual level with me not having finished formal high school, why do I still need it? Just to say so?” A few days later he also expressed his distaste for traditional university studies, “I have a hard time being excited for my friends going to 4-year colleges,” he tweeted. “I think you could learn a lot more for a lot less.”

We’re not sure how Jacob hasn’t learned not to air his dirty laundry on social media, but in 2015 he publicly announced that he was getting ripped off from his time on the show. “Man I wish it didn’t feel like I was getting f***ed out of the money from the show that was my childhood right now.” Nothing says class like stating you’re broke and throwing your family under the bus for all the world to see!

Back in 2011, the Roloff family farm was slapped with a lawsuit. Radar Online reported that during a visit to the farm, Washington state resident Linda Farrall alleged that she suffered serious injuries when she fell off a picnic pavilion at the property as a result of the Roloff’s negligence. The case was eventually settled out of court, but the accident was successful in damaging the family’s business reputation. The family faced other legal dramas when they sued a building inspector. Matriarch Amy alleged that she was attacked by the building inspector after she questioned his motives for sneaking onto the farm. The family sued for $160,000 but the case was dismissed.

Unfortunately, the seemingly happy couple had serious difficulties in their marriage that was unknown to fans. The couple announced their separation back in 2014 after almost 30 years of marriage, and the divorce was finalized earlier this year. While things to have been settled relatively amicably, the divorce seemed more one-sided. Amy lamented, “It’s always sad to know that someone really doesn’t want you in their life anymore.”

In some wild bachelor party antics, a life-sized picture of Jeremy Roloff was printed for all to see! It was all part of the delightful idea of Jeremy’s twin brother Zach. Jeremy wed his wife Audrey Botti in 2014 and the couple started a blog titled “Beating 50 Percent” where they “inspire covenant marriages” and “encourage husbands and wives to give more than 50% to their spouse.” They took a bit of heat from some readers for dishing out advise that only applied to heterosexual couples. In response, Audrey stated, “We are not claiming to be a resource for same-sex marriages,” she allegedly wrote in the comments. “It is not something we agree with.” The comment was later deleted due to reader outrage.

Son Jacob has been outspoken about his beliefs regarding vaccinating children. If we don’t even know the risks, how would we know the benefits outweigh them?” he asked a fan through social media. “My kids won’t be vaccinated don’t worry” Another one jumps on the bandwagon…

After her divorce from Matt, Amy was interviewed about her plans to move forward and whether or not she’s seeing anyone at the moment. She stated that she’s certainly not seeing anyone and that, ‘Right now to me, it will be never, I don’t see that happening.” Her pessimistic feelings towards her romantic future were followed up with the insecure statement, ‘I don’t think anyone would be really interested.’

The youngest of the children, Jacob, moved out of the family home as soon as he turned legal age. He doesn’t follow any of his family members on social media, with the exception of his sister Molly, but is sure to express his anger at being thrown into the limelight through his social media accounts. He has also spoken out about reality television. In an Instagram post with Jack Hamill from Our Little Family, he wrote, “This is Jack. I’ve never felt I had more of an opportunity to influence someone’s life than when I told him how much I didn’t like filming when I was his age, so he knows just because the adults say it’s what’s best, doesn’t mean it’s what’s best.” Touché!

This is Jack. I’ve never felt I had more of an opportunity to influence someone’s life than when I told him how much I didn’t like filming when I was his age, so he knows just because the adults say it’s what’s best, doesn’t mean it’s what’s best. Then after, I asked him how he felt about it and after a pause he said, “I like it medium”, meaning not at all, which is exactly what I would’ve said at 7. Seeing him for the few days that I did and hanging out with him for the short time that I did was a crazy reflective experience, seeing what it looked like (more or less) to be a 7 year old thrown into different situations for your parents’ ratings. He doesn’t know that yet though. He’s more of a central focus character in his family’s show than I ever was, too, so there’s more ‘depending’ on him; I can’t imagine. Im hoping I get to see him again and how he turns out, and that what I said sticks with him. 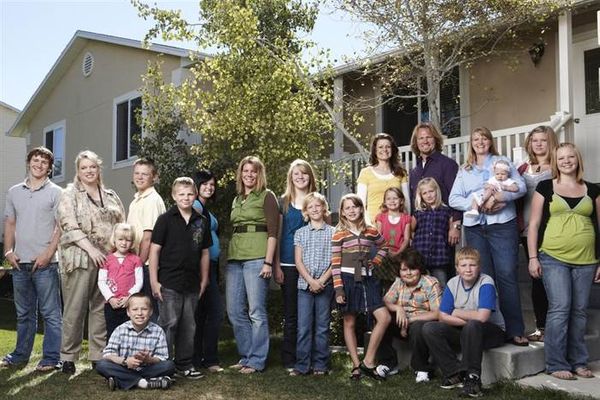