In 2010, the show Sister Wives debuted on TLC and instantly had tongues wagging. The show in all its controversy is a hit. It came after the popularity of the fictional hit TV show Big Love about polygamy and gave it a reality spin. Now into its 12th season, it remains captivating to many viewers, week after week. The show follows the story of polygamist Kody Brown and his four wives, and their individually combined families while navigating laws, social unacceptance, and of course, the balance of having four wives. Sister Wives may have outraged and disgusted viewers at first, but in time, audiences have connected with the women and their families. It’s not without a ton of shock value and here’s some things you may not have known about Kody and his wives.

16. Only Legally Married to One Wife

While they live as polygamists, Kody is only legally married to one. The rest are “spirtual unions.” Kody legally wed Meri in 1990. He then had “spiritual unions” with Janelle in 1993, Christine in 1994, and Robyn in 2010. However, in 2014 Meri legally divorced Kody, so that he could legally marry Robyn, a move that allowed him to adopt her children and allow them access to his benefits. By being legally married to only one wife, he seemingly avoids the legal ramifications of bigamy.

Gasp! What?! You read correctly –  Janelle (aka Wife #2) was married to first wife Meri’s brother. How’s that for awkward family dynamics? While Janelle divorced first husband Adam Barber in 1990, after only two years of marriage, Janelle actually met Kody in 1989 and admits to feeling a strong connection with him. It’s unclear when the first move was made, but it was Janelle who first showed interest. Kody stated in their book, “It felt proper that Janelle should make the official opening move. In many ways, it’s more appropriate. After all, I was a married man. I should not be making moves on women. That would defile my relationship with Meri.”

Robyn (aka Wife #4) was in a previous marriage which was reportedly abusive. After Robyn left her marriage with her three children, she “married” Kody in 2010 and the children were all legally adopted by him in June 2015. Kody biologically shares one child with first wife Meri, six children with second wife Janelle, six children with third wife Christine, and two with fourth wife Robyn.

Although Kody and his many wives’ children weren’t raised together as step-siblings, technically, they are now. While Janelle was courting Kody and preparing to join the polygamist family, much of her own family was unsupportive, with the exception of her mother. Janelle’s mom, Sheryl, was actually intrigued by the polygamist concept and married into it with Kody’s father, Winn Brown, just three months before Janelle and Kody “wed.” Winn was a polygamist who had three wives. He died in 2013.

12. He Doesn’t Satisfy All of His Wives’ Needs

According to Kody, he doesn’t believe he satisfies all of his wives’ needs and he doesn’t believe that he satisfies all of their needs; however, each person brings something unique to the relationship. “All I’m going to say is that my marriages aren’t any different from anyone else’s in that respect. The one constant is that I keep my marriages distinct and discreet. There is no overlap, no ‘sharing,’ nothing untoward or salacious,” he wrote in the family’s book Becoming Sister Wives.

The Browns have all had to file for bankruptcy before fourth wife Robyn married Kody. Janelle filed on her own in 1997, then in 2005 Kody and Meri filed as a couple, and in 2010 Christine filed for bankruptcy as well. Although Robyn hasn’t had to file, she was reportedly $32,000 in debt from her divorce.

Meri, Kody’s first wife, was only ever able to carry one child to term, a daughter, Mariah. This was a devastating blow to the mother and often a stress point, as well as jealousy trigger between Meri and the other wives. Robyn, however, in an effort to show her commitment to the family and her love for her sister-wife, offered to surrogate a child for Meri. Meri, while making the decision with husband Kody, was blindsided when Kody said he felt “nature” was against them and he felt they should not have more children. This is one way the polygamist family dynamic has an advantage, as all the children see Meri as another mother. It is not quite the same, but still a benefit.

Bizarre took an ugly turn when Meri began an online affair with a “man” named “Sam.” Sam turned out to be a woman named Jackie, who catfished Meri by preying on her loneliness. Meri was humiliated after finding out the truth because she had truly fallen for the “man.” The humiliation continued when she was forced to tell the entire family after threats were made against her and revealed details in a special tell-all episode in November 2015. Kody struggled with the affair but vowed to repair things in his marriage with Meri.

8. He Only Has sex with One Wife

Even though Kody has four wives, he reportedly only has sex with one of them – Robyn! The woman who catfished Meri, Jackie Overton, is the one who revealed this. Kody spends the bulk of his nights with his newest wife Robyn, which has created tension and jealousy with his other wives, especially Meri.

Even though the show makes it seem like the Kody and his four wives are one big happy family, this isn’t the case. With four wives, there’s jealous – but clever editing hides this. “When Kody let slip that he had selected Robyn’s wedding dress himself, Christine was devastated and walked off set. The show has to fit into an hour of television, so the necessary edits make it look as if she returned immediately,” Jenelle wrote in the family’s book Becoming Sister Wives. According to her, Christine was so upset that she “didn’t come back for three days.”

6. Their Children Have Different Views

With 18 children, many of them are now becoming adults and with opinions and insights on how they want to live out their own marriages one day. Kody and Christine’s daughter, Aspyn, spoke on the show saying, “I don’t want to do plural marriage,” she said. “I kind of feel bad that none of us want to, but it was just not what we were meant to do, I guess.” Guess the apple fell quite a bit further from the tree for these kids!

5. Looking for a Fifth Wife

More than once Kody has been rumored to be looking for a fifth wife. In 2016, Karen Pollard, Robyn’s best friend, told Life & Style that Kody was interested in taking on a fifth wife in order to “stay relevant” for their TLC show. Then, in 2017, she told the magazine that he was seeing a 24-year-old woman and was interested in making her his wife, much to Robyn’s dismay.

4. One of the Children Is Gay

Meri’s daughter, Mariah, came out as gay on the show in 2017. The family’s religion, Fundamentalist Mormonism, does not approve of homosexuality, and she grew up believing that it was bad, so she suppressed her feelings, which led to many sleepless nights and panic attacks. While her family was shocked by her admission when she finally told them, they stood by their daughter.

3. Kicked out of Church

After Meri’s catfishing scandal, the family was reportedly kicked out of their church, which was a community offshoot of the Apostolic United Brethren group. The church was allegedly put off by how public the catfishing scandal had become as it played out on TV, and they weren’t in support of Meri and Kody’s daughter Mariah coming out as a lesbian.

2. They Live in Separate Houses

While they used to all live in a 3,250-square-foot home in Lehi, Utah, the family fled to Las Vegas in 2010 after a bigamy investigation against Kody was launched. The wives now each have their own separate houses on a cul-de-sac, and Kody sleeps in a different one each night. “I don’t want a guy around all the time,” Christine has said. “It’s too much work.” Kody is on a schedule in which he rotates from house to house.

Janelle, wife number two, former wife of wife number one’s brother, who is also step-sibling to husband Kody (following still?), actually split from Kody for a long time. After suffering from postpartum depression, along with a massive blowout fight with sister-wife Meri then combined with dire financial status, Janelle left the family (or the “sisterhood” as she calls it). Janelle moved in with her mother, went back to school, and gained a life of independence before coming back home 2 years later. Her return was attributed to the large house she had to come back to, one that allowed her some divide from the others. 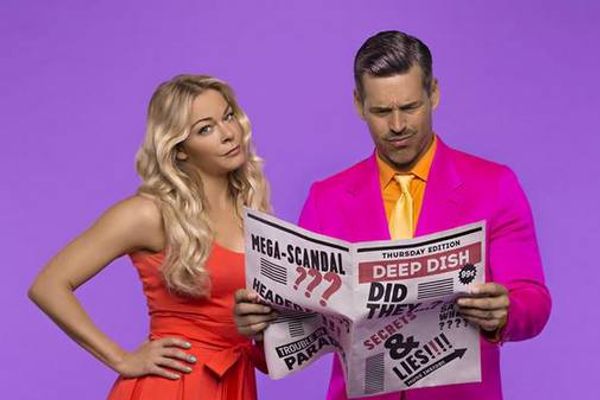