10 Super Rich Royals: How Much Are They Worth?

You may think that being born into a royal family is an automatic ticket to fortune, and honestly, you wouldn’t be far off of the mark. The upper classes of aristocratic society are still sitting pretty these days on massive mounds of money, the likes of which most of us can barely comprehend, let alone manage to earn. And if you thought that they royals you hear about in the media all the time must be the richest of the royals, then you’d be quite wrong. For instance, England’s Queen Elizabeth couldn’t manage to make the list with her $550 million — so who did manage to make the top ten? Check out this list of the 10 richest royals and find out how much each is worth.

Estimated Net Worth: $800 million. That’s right, to get on this list you need to have at least $800 million, so it’s a good thing for Prince Shah Karim Al Hussaini Aga Khan (IV) has it. The current Imam of Nizari Ismailism, the prince is a business magnate, as well as a racehorse owner and breeder. Succeeding his grandfather in his current titled role, he owns hundreds of racehorses, stud farms, and even a yacht club. He is the founder and chairman of the Aga Khan Development Network, and on top of that receives tithes estimated to be worth hundreds of millions per year. However, unlike other royals — he doesn’t rule over a specific geographic region, instead his domain is more spiritually-based.

Estimated Net Worth: $900 million. Qaboos Bin Said Al Said is the Sultan of Oman and its Dependencies and has been in power since overthrowing his father in 1970. Why inherit your position when you can overthrow your parent? As the fourteenth descendant of the Al Bu Sa’idi dynasty, he reigns in absolute monarchy, yet allows parliamentary elections showing that he was striving towards a more “open-minded” type of government. Married for a short time to his cousin, Kamila, in 1976, they split soon after and Qaboos has never remarried, making him not only one of the richest royals in the world with $900 million, but also one of the richest single royals in the world.

Estimated Net Worth: $1 billion. Albert Alexandre Louis Pierre Grimaldi is the reigning monarch of the Principality of Monaco after ascending to the throne in 1995. The son of the son of actress Grace Kelly (later Princess Grace) and Rainier III, Albert has followed his father’s lovely-lady-loving lifestyle and became the father of two children out of wedlock before marrying South African swimmer Charlene Whittstock in 2011, and soon afterwards the pair were expecting their first child together. As the Prince of Monaco, Albert II owns land in Monica and France, including land that operates Monaco’s casino and entertainment properties which help to make up his personal estimated worth of a cool $1 billion.

Estimated Net Worth: $2.1 billion. King Mohammed VI of Morocco became Heir Apparent and Crown Prince the day he was born and spent his youth surrounded by money, power, and the lavish lifestyles of the royal elite. He is highly educated and when he took the throne in 1999, he addressed his country over the television to make a promise to take on poverty and corruption, as well as create new jobs and improve Morocco’s human rights record. He has followed up on his promises and earned himself the name of “defender of the poor.” Despite advocating for those less fortunate, King Mohammed VI is far, far from less fortunate and has so much money that he reportedly spends $1 million a day to operate his 12 personal palaces. He can afford to do this with his overall estimated worth of $2.1 billion.

Estimated Net Worth: $3.5 billion. Johannes Adam Ferdinand Alois Josef Maria Marko d’Aviano Pius von und zu Liechtenstein, also known as The Prince of Liechtenstein, Duke of Troppau, Jagerndorf, and Count Rietberg or Hans-Adam II, has reigned completely over his country with unchecked power for 21 years. In 2004, he handed the daily tasks of leadership over to his son, but still remains the head of state. As the richest European monarch, he own the LGT banking groups and has an art collection so impressive that it’s kept at the Liechtenstein Museum in Vienna. His fortune is estimated to be around $3.5 billion.

Estimated Net Worth: $5 billion. Prince Haji Abdul Azim is the second born prince and the eldest child of His Majesty Sultan Haji Hassanal Bolkiah. One of twelve children of the Brunei Royal family, he is Oxford-educated royalty, but these days he’s known as more of a paparazzi target than an Ivy league academic. Known for throwing massive, star-studded parties, his guest lists include celebrities like Janet Jackson, Mariah Carey, Jerry Hall, Marisa Tomei, and Pamela Anderson, just to name a few. He can certainly afford such lavish celebrations with an estimated fortune of a whopping $5 billion.

Estimated Net Worth: $18 billion. We’re going to take a giant leap money-wise when we come to the #4 royal on this list, Sheikh Khalifa Bin Zayed Al Nahyan is the President of the United Arab Emirates and Ruler of Abu Dhabi. Known for his interest in traditional UAE sports including both horse and camel racing, he is also considered to be a pro-Western modernizer and actively makes changes and improvements within his country and government including initiatives like the Khalifa Award for Education, the UAE Pakistan Assistance Program and the Khalifa bin Zayed Al Nahyan Specialty Institute for Cancer Diagnosis and the Ahmed bin Zayed Al Nahyan Pancreatic Cancer Center. Sheikh Khalifa himself suffered a stroke in 2014, but after undergoing surgery was said to have recovered well and is still enjoying his massive fortune of $18 billion.

Estimated Net Worth: $20 billion. The Sultan of Brunei also known as Hassanai Bolkiah Mu’izzaddin Waddaulah, has been the sultan since 1967 and with that comes complete and total authority. Also the Prime Minister of Brunei, his major passion is apparently cars. LOTS of cars. He is said to have anywhere from 3,000 to 6,000 vehicles and prefers unique cars that are unusual and hard to acquire. But when he doesn’t feel like a road trip, he can take to the skies in his very own Boeing 747 which is the kind of luxury that comes along with a fortune of $20 billion.

Estimated Net Worth: $20 billion. Prince Alwaleed “Al” Bin Talal Alsaud is a Saudi business magnate, investor and a philanthropist, in addition to being a prince. A member of the Saudi royal family and nephew of Saudi King Abdullah, he is the grandson of Ibn Saud, the first Saudi king, and the grandson of Riad Al Solh, Lebanon’s first Prime Minister. He has in the past been voted as one of Time Magazine’s most influential people in the world which isn’t hard to believe when you find out that he’s also the CEO and 95 percent-owner of the Kingdom Holding Company, a Forbes Global 2000 company with investments in companies that span almost every industry including banking and financial services, hotels and hotel management companies, mass media, entertainment, retail, agriculture, petrochemicals, aviation, technology and real estate. Also the second-largest voting shareholder in News Corporation and the owner of Paris’ Four Seasons Hotel George V, as well as part of the legendary Plaza Hotel. Prince Al is sitting on a personal fortune of $20 billion.

1. The King of Thailand, Bhumibol Adulyadej

Estimated Net Worth: $30 billion. This king holds the title of the richest royal in the world and is a man who is no stranger at all to titles. The King of Thailand, Bhumibol Adulyadej, is the country’s longest reigning monarch having lead the country for an incredible 68 consecutive years since being crowned on June 9, 1946 (yes, he’s even reigned longer than Queen Elizabeth who has been on the throne for 62 years). If King Bhumibol Adulyadej manages another 14 years, then he’ll break the record as the longest reigning monarch, a title currently held King Sobhuza II of Swaziland, who served 82 years and 254 days from December 10, 1899 to August 12, 1982. If King Bhumibol Adulyadej stays on the throne until 2028, at which time he’ll be 100 years old, he’ll not only be the longest reigning monarch, but he’ll have that honor along with being the richest royal on the planet with $30 billion. 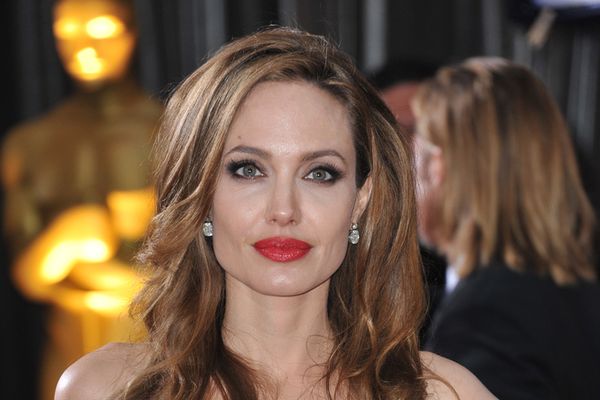 Stars Who Are Related to Royalty