Things We Miss About Sex and the City

There is a lot to miss about Sex and the City. The show taught us all so much about fashion, friendship, and relationships. It has been gone for over a decade since the show ended and, even though they’ve given us two movies, we still miss the original show. It was so fresh and original. There was nothing else like it on TV and there hasn’t been anything else like it since. Since there is so much we miss about the television show, here are the top 10 things!

Miranda and Steve’s relationship is definitely one of the things that we miss. These two didn’t seem like they were meant to be when they first got together, but Steve proved to be the solid rock that Miranda needed. She was so cynical and he was so patient. He was able to break down all of those walls she had constructed and show her that not all men are jerks. We want to remember them just as they were on the show.

9. Their Gossip Sessions at Breakfast

Carrie, Miranda, Samantha, and Charlotte spent a lot of time at breakfast, dishing over what was happening in their lives. This was often where we learned about who was dating who and how they felt about the person they were dating. We miss their morning dish sessions over breakfast – we learned so much!

Charlotte was definitely the most naïve of the bunch. She was so optimistic and such a hopeless romantic that one would think that she was at least 10 years younger than she really was. She was always searching for her white knight, which usually led her to go to bed with dud after dud. We miss Charlotte. She turned out to not be just another Park Avenue princess and it was fun to watch her get to that point.

7. The Hot Night Spots Where They Would Hang Out

Carrie and her girls were always going out and a lot of the time they would end up some hip new restaurant, bar or club. Many of New York’s hotspots were mentioned in the show, like Bungalow 8, Tunnel and the Monkey Bar. Now that Sex and the City is gone, we have no other show to let us know what is hot and what is not on New York’s social scene.

Miranda was definitely the most cynical out of all the characters. Her bitter and sarcastic remarks had some of us thinking that she was just another angry lawyer during the first season, but she proved to be charming and caring during later seasons. Miranda was almost always the voice of reason on the show. When her friends would make epic mistakes with men, she was almost always the one warning them; however, she never held it against them when their mistakes came back to bite them. Everyone needs a friend like Miranda.

5. The Revolving Door of Men

Carrie, Miranda, Samantha, and Charlotte all went through men the same way most people go through socks. Samantha was hooking up with a new guy in almost every episode while the others, who weren’t quite as promiscuous, definitely had their fair share of hookups. Even though it was really unrealistic that people actually live this way, it was entertaining, which is why we miss it.

Samantha had this confidence that none of the other characters had. She was comfortable in her career and with her sexuality. Early on, she declared that she had given up on relationships and that she was instead just going to have sex like a man. It didn’t really matter what situation she got herself into – Samantha always came out on top, both literally and figuratively. We miss her sass.

Carrie and Mr. Big had a pretty dramatic relationship. Throughout the first four seasons, these two were always getting together and breaking up – even when they were with other people. There are some out there who were really hoping that Carrie would end up with Aiden, but he turned out to be way too traditional for her. She always preferred Big and the angst that went with their relationship – and so did we. We really miss their dynamic.

The Fashion in Sex and the City was definitely one of the highlights. Carrie, Samantha, Charlotte, and Miranda all had very different styles. Carrie was into vintage and high fashion; Samantha liked bold cuts and bright colors; Charlotte preferred prim tailored dresses; and Miranda chose minimalist power suits and other conservative outfits. When the storylines failed, we could always count on the fashion to keep things interesting.

These four women were all flawed, but the one thing that they had going for themselves – besides their impeccable fashion sense – was what good friends they all were to each other. Sex and the City was about many things and one of them was friendship. We wish we had a group of friends like Carrie, Miranda, Samantha, and Charlotte. Friendships like theirs never go out of style. 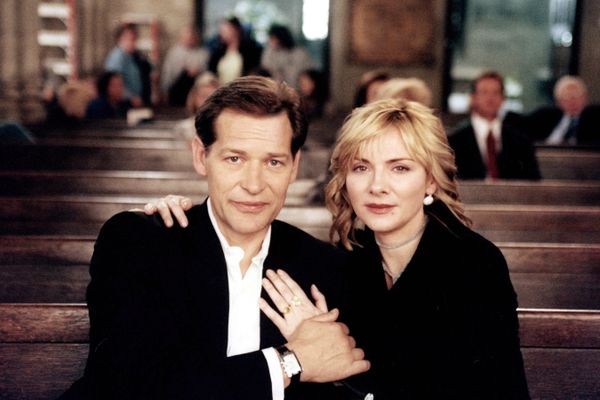 Sex And The City’s 12 Worst Relationships