Sex and the City still stands as one of the best HBO series ever! The show was so successful it spawned two spin off films and continues to draw in new fans and viewers even though it’s been off the air since 2004. Starring Sarah Jessica Park, Kim Cattrall, Kristin Davis and Cynthia Nixon, Sex and the City was a romantic comedy that followed four single, successful women living in New York City and told the story of their different relationships or experiences with men, or sometimes the lack there of. Each of the woman was vastly different in their own way, but especially Miranda Hobbes, played by Cynthia Nixon. She wasn’t exactly a fan favorite, but she was probably the most realistic and of course, her pessimism was hilarious! Here’s a look at Miranda’s 10 best quotes on SATC!

“I know you’re probably busy having mind-blowing sex, but I feel you need to know that your good friend, Miranda Hobbes, has just taken a piece of cake out of the garbage and eaten it. You’ll probably need this information when you check me into the ‘Betty Crocker Clinic.'” (Season 4, Episode 4)

“Sexy is the thing I try to get them to see me as after I win them over with my personality.” (Season 4, Episode 2)

6. She Makes No Apologies for her Life Choices

Miranda: [on finding out she is pregnant] WHY didn’t I use a condom?
Carrie: You didn’t use a condom?
Miranda: He has one ball, and I have a lazy ovary! In what twisted world does that create a baby? It’s like the Special Olympics of conception! (Season 4, Episode 11)

“It’s like those guys you have the great second date with, and then never heard from them again. I pretend they died.” (Season 4, Episode 18)

“[shopping for a wedding dress] No, I told you, no white, no ivory, nothing that says virginal. I have a child. The jig is up.” (Season 6, Episode 14)

2. Being in a Relationship

“I’m dating skid-marks guy. When your boyfriend is so comfortable that he cannot be bothered to wipe his a–, there’s a problem.” (Season 3, Episode 7)

[Miranda opens the door to find Steve kneeling on his knee with a ring in his hand] Miranda: What, are you f-cking crazy?
Steve: Is that your answer? (Season 4, Episode 12) 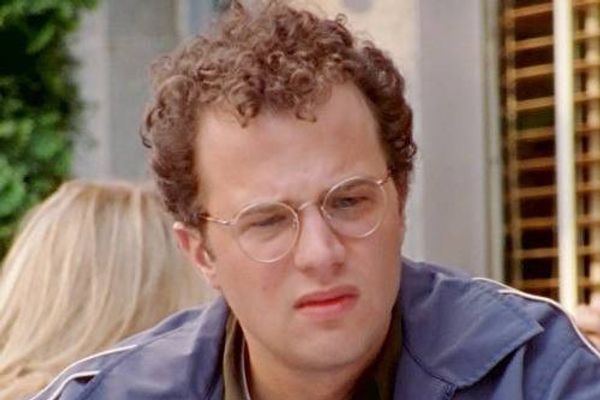