If Arnold Schwarzenegger follows a personal motto, it must be “Go big or go home!” The Austrian-born celebrity went from being an ambitious small-town boy to one of the most famous bodybuilding champions in the world, but he didn’t stop there. Arnold is also a successful Hollywood actor, having worked on more than 60 films like The Terminator, True Lies, and The 6th Day. He even became the Governor of California, an impressive feat for a man with such humble beginnings. We’ve rounded up 10 interesting facts that you might not know about Arnold Schwarzenegger.

10. He Created The Terminator

One of Arnold’s most iconic characters is that of the Terminator, but it was a role he had to push for as he wasn’t originally considered for the part. James Cameron, the film’s director, wanted to cast Arnold in the role of Kyle Reese, but the actor requested that he play the part of the Machine. “No, no! Reese is the star! He’s the big hero! The Terminator hardly has any lines!” Cameron exclaimed. Arnold merely replied, “Trust me.” Cameron did, and it became a surprising success at the box office, even though Arnold only spoke 74 words throughout the entire film. The actor went on to play the role in the series’ later installments.

Arnold went to great lengths to become the famous bodybuilder we know today. He first started bodybuilding at the age of 13, and would often break into his local gym on weekends just to train. In 1967, he won the Mr. Universe bodybuilding competition, making him the youngest contender to ever claim the title at 20 years old. He went on to win the title 4 more times. In 1970, he won the title of Mr. Olympia at 23 years old, and broke the record for youngest winner. He still holds the record today. Throughout the 1970s, he claimed the title 6 more times. Arnold has won the most bodybuilding competitions in history. Reflecting on his life as a bodybuilder, Arnold once said, “I learned something from all those years of lifting and training hard…What I learned was that we are always stronger than we know.”

8. He Turned Down Die Hard

While it’s hard to imagine anyone else playing Bruce Willis’ role of John McClane in Die Hard, he could have been a very different character. Prior to Willis landing the role, Arnold was the first choice for the role. Arnold turned down the role of the police officer in the 1988 film to star in the movies Red Heat and Twins. As a little bit of movie trivia, the film makes a reference to Arnold when Willis’ character says that the terrorists “have enough explosives to orbit Arnold Schwarzenegger.”

7. He Rescued A Swimmer

Playing all those movie heroic roles must have rubbed off on Arnold when he rescued a swimmer back in April 2004. The actor-turned-Californian-Governor was vacationing with his wife in Hawaii when he noticed a man struggling about 100 yards away from the beach. Arnold swam out into the water to assist the swimmer, who told the actor he had cramps all over his body. Offering his help, Arnold towed the man back to shore on a boogie board. We have no doubt Arnold is one strong swimmer!

6. He Once Appeared on The Dating Game

Back in 1973, Arnold appeared on The Dating Game and managed to make all 3 female contestants blush in their chairs. Still new to America, Arnold asked the women what the phrase “hanky panky” meant, and they struggled to give him an answer without turning all shades of red. The bodybuilder also disclosed his physical measurements – 22 inch biceps, a 57-inch chest, a waist of 33 inches, and 29-inch thighs – and it was clear the women liked what they heard.

5. His Childhood Was Strict

Arnold’s family life helped him to form the discipline he’d need for his bodybuilding career. He grew up in the small village of Thal, near Graz, Austria. From an early age, he was brought up in a household with strict rules. Arnold’s father Gustav had careers in the military and the police force, and raised his children according to a rigid schedule. Arnold and his brother Meinhard were expected to get up before sunrise to do their chores. Afterwards, they underwent a tough exercise regimen. As a result, Arnold grew up with a love of athletics and loved to play soccer.

4. He Married A Kennedy

They might seem like an odd pairing, but Arnold and his wife, TV journalist Maria Shriver, managed to keep their relationship going for almost 25 years. In 1977, Tom Brokaw introduced the couple to each other while attending a charity tennis event. She was the daughter of Eunice Kennedy Shriver, the sister of U.S. President John F. Kennedy. While Arnold was a strong supporter of the Republican party, Maria came from a proud family of Democrats. Still, they managed to find a few things in common and married on April 26, 1986, in Hyannis, Massachusetts. They had 4 children together – 2 daughters and 2 sons. In 2011, Arnold publicly admitted that he had an affair with a member of the household staff, and fathered a child. Shriver said the news was “painful and heartbreaking,” and she filed for divorce on July 1, 2011.

3. He Went To Prison

When Arnold was 18 years old, he was sent to an Austrian prison for going AWOL. According to Austrian law, the young man had to serve 1 year of compulsory service in the military. He was so eager to attend the Junior Mr. Europe competition in Germany that he deserted his military post. Arnold won the competition, but he was sentenced to 3 days in an army prison for his actions. During his time there, the army superiors became big fans and constructed a makeshift gym for him to train. Even then, Arnold refused to be held back from his dreams. “I never saw a ‘no’ as a ‘no.’ Whenever someone said, ‘It’s impossible,’ I heard ‘It’s possible.’ What was important to me was that I had a very clear vision of where I wanted to go.”

2. He Was The First To Own A Humvee

A big man like Arnold needs to have a car with some room, so it only makes sense that he went for something big. The actor was the first to own a civilian Humvee, also known as a High Mobility Multipurpose Wheeled Vehicle, in 1992. Prior to this, the vehicle was strictly a military vehicle owned by the government. Arnold drove his Hummer H1 all over the place, including his movie premieres. The actor amassed a collection of the vehicles, and converted one of them to hydrogen power in order to be more environmentally conscious. But seeing the broader cultural shift to be more eco-conscious, he decided to auction off his entire Hummer collection in 2006. The cars sold for a reported $950,000.

As if the Hummers weren’t enough, Arnold also owns a military tank. During his time in the Austrian army. Arnold drove the American-produced M47 Patton. He liked it so much that he decided to buy one. But being a nice guy, he auctions off chances to ride the tank and crush things, with the proceeds going to charity. “I really like crushing things,” he said. To be honest, it sounds like a lot of fun! 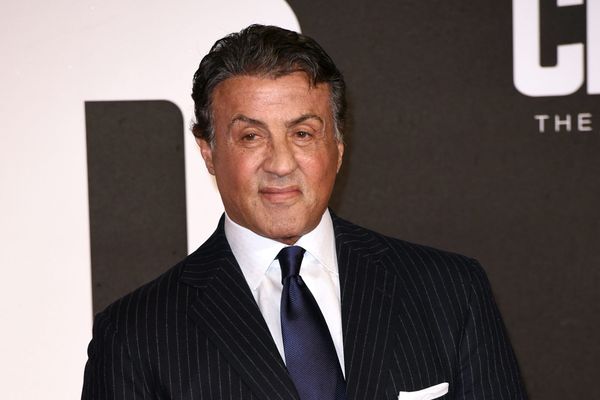