Ashton made his debut into the entertainment world as a model and then as an actor. Although he’s best known for his role in That ’70s Show, there’s much more to Ashton than his acting career. We have a list of 10 things you probably didn’t know about him:

He has two webbed toes. “I have slightly webbed toes. When everything else is this good-looking, something has to give,” he said on Friday Night With Jonathan Ross in 2008.

He has a fraternal twin, Michael, who was born with a mild form of cerebral palsy. Michael had other health problems, like cardiomyopathy, a virus related illness that perforated his heart. As a result, he required a heart transplant when he was 13. “It seems unfair, like it doesn’t seem right,” Kutcher said. “It seems like the game is set up differently for certain people — and it is.”

He was a biochemical engineer student at the University Iowa. He chose this major because he wanted to find a cure for his brother’s heart condition, but he dropped out to pursue a career in modeling.

During his senior year of high school, he and his cousin broke into his high school to steal money, but the police caught him as he was leaving the scene. He was convicted of third degree burglary and sentenced to three years probation and 180 hours of community service. As a result, his girlfriend dumped him and he lost anticipated college scholarships.

While a college student, he worked in the cereal department for the General Mills plant in Cedar Rapids, Iowa, sweeping floors. He also would occasionally sell blood to help pay for school.

When he was 17, he bet a friend $1,000 that he would go on a date with Jennifer Aniston. He met her five years later, but when he asked her out, Jennifer declined. “Five years later I actually met her and I asked [Aniston’s then-husband] Brad Pitt’s permission to ask his wife out on a date,” the actor told Access Hollywood. “He was so cool and said ‘You go for it’ so I asked her and she turned me down.”

In 2013, Lenovo announced that it had hired Ashton as a product engineer. He unveiled the company’s Intel-powered Yoga devices in 2014.

For his role in Jobs, Ashton adopted Steve Jobs’ fruitarian diet for one month, meaning he only ate fruit. He lost 20 pounds and landed in the hospital for two days as a result.

Before he landed the part of Kelso in That ‘70s Show, he had been cast in a show called Wind on Water alongside Bo Derek. He was going to play a cowboy-surfer, but he wasn’t completely comfortable with that, so when he was cast as Kelso, he jumped at the opportunity. 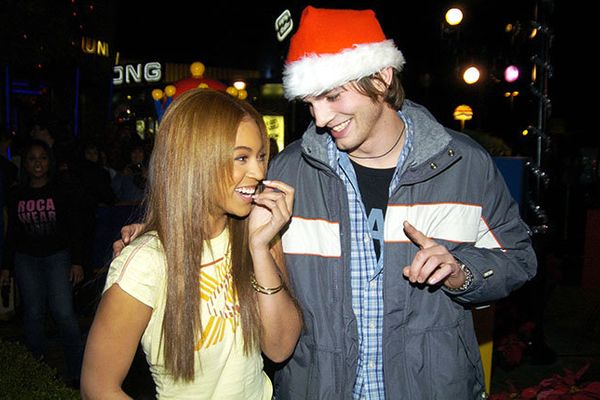