Fans of Benedict Cumberbatch might know a lot about the famous actor whose stardom just keeps rising. But there’s actually a lot of tidbits that the general public (even fans) doesn’t know about Cumberbatch, for example he’s got various musical talents or that his parents can be seen in one of his productions? There’s so much more about this English actor to know, he’s not just another pretty face on the screen, that’s for sure! Check out the details of these and other facts in this list of 10 things you didn’t know about Benedict Cumberbatch.

10. He Has Heterochromia Iridis

Not only does Benedict Cumberbatch have lovely blue eyes, but he also has lovely green eyes…I know this sounds weird, but it’s true. These are the effects of Heterochromia Iridis — his eyes change color! Other celebs have the same conditions, like David Bowie, Keifer Sutherland and Simon Pegg. David Bowie’s Heterochromia Iridis made his eyes appear different colors at the same time, while Benedict’s eyes always match, but his Heterochromia Iridis (which results in his a varying combination of blue, green, and gold in his irises) makes his them sometimes appear blue and sometimes appear green depending on the lighting.

9. His Parents Have Appeared on Sherlock

If you’re a fan of Sherlock, then you’ll remember the episode when the main character’s parents stopped by for a quick visit. The adorable older couple were played by veteran actors Timothy Carlton and Wanda Ventham. It might be interesting to note that Timothy’s full name is Timothy Carlton Congdon Cumberbatch. That’s right Sherlock’s dad was played by Benedict Cumberbatch’s real life dad and, to make it even cuter, Sherlock’s mom was played by Benedict Cumberbatch’s real life mom. The proud son was apparently thrilled to have them on board, but also said the experience was nothing short of nerve-wracking.

If you’ve been harboring dreams of marrying Benedict Cumberbatch, it’s a little late for that. However, he is fully licensed to officiate weddings. The Sherlock star even took on the big role to marry his friends Seth Cummings and Rob Rinder when they got hitched last year during their Ibiza wedding.

Acting isn’t Cumberbatch’s only creative talent. Before he hit super stardom, the man who would become Khan attended the Harrow school on an arts scholarship. His specialty is apparently large oil painting and nowadays he’s been known to donate self-portraits for charity auctions. Going once, twice, SOLD to the adoring fans of the altruistic actor! Seriously, he could create an abstract self-portrait pasted together with dried pasta and garbage bin scraps and fans would surely snap it up.

6. In His First Acting Role He Pushed the Virgin Mary Off the Stage

Before Benedict Cumberbatch was Sherlock or Khan or any other or his successful Hollywood roles, he played Joseph in his school’s nativity play. Not quite the gentleman yet that he would grow up to be, he felt that his co-star was taking too long and hogging the spotlight so, um, pushed the little virgin Mary off of the stage. Holy Mary Mother of not coolness!

5. He Learned to Play Violin in Just One Week

While Sherlock plays the violin, Moriarty silently climbs the stairs. Suddenly, Sherlock stops playing. Moriarty stops walking. Then Sherlock resumes as does his nemesis. It’s a gorgeously choreographed scene that is a nod to the original stories as well as the early portrayals of the sleuth and his sinister villain. In order to craft the scene just right in the modern take, Benedict Cumberbatch was required to learn how to “violin act.” Eos Chater, a member of the classic music group Bond, took up the task and with just one week allotted to them, he and Benedict had Sherlock playing the strings as if he’d been doing it for years. Eos even felt that Cumberbatch could make some fine music if he kept it up saying, “Benedict had a week, and made a surprisingly good sound. I have no doubt he would be a good violinist if he had the inclination.”

When Sherlock and his best buddies head out on the town for a bachelor party of two, the pair get wildly, sloppy drunk. It’s almost too hilarious to take! Each remains true to their character, just, ya know, amplified and stupid. In real life, Benedict is apparently not much different. According to Ed Sheeran who spent a night drinking with the BBC star, Cumberbatch is just as much of a gentleman when he’s completely and utterly drunk as he is when he’s sober and full of sense. It’s nice to know that Benedict doesn’t turn into a bumbling bro-like buffoon when he’s had a few brews.

3. He Once Taught in a Tibetan Monastery

From the pubs to the monastery, you can apparently never quite tell where you’re going to find Benedict Cumberbatch. During the future star’s “gap year” (the break before heading off to higher education), Benedict didn’t do the typical backpacking around Europe or take a trip across the pond to America, but instead spent a year teaching English in a Tibetan monastery. Because he’s Benedict Cumberbatch, so of course he spent a year teaching in a Tibetan monastery.

2. He Survived a Kidnapping Attempt

His life hasn’t been all la-dee-daa fun and games, and Hollywood success though. While filming the mini-series To the Ends of the Earth in South Africa, it was nearly the end for Benedict Cumberbatch when a gang of six armed men kidnapped him along with his co-star Denise Black. Luckily for the pair, Benedict was actually able to talk his way into securing freedom for himself and his companion. Of the terrifying experience, he has said, “It’s made me want to live a life slightly less ordinary.” Yeah, we can imagine!

1. He Has a Great Singing Voice and Wants to Star in a Musical

If you need another reason to adore Benedict Cumberbatch you’ll no doubt swoon when you find out that he has a lovely singing voice. In fact, he’s so confident of his crooning abilities that he’s reportedly wanting to star in a musical. Can a musical episode of Sherlock be on its way? 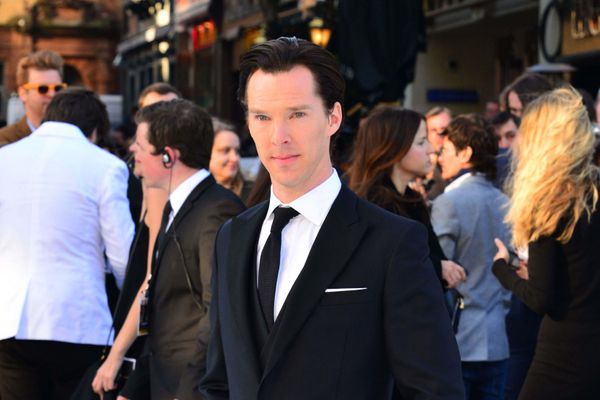