Carole Radziwill is definitely not like the other Real Housewives, or any other reality star for that matter. This housewife is an award winning journalist and best selling author, who also happens to be a princess with a connection to the Kennedy family. Carole is one of the best things to happen to The Real Housewives of New York City because she brings an element of realness to this group of women, has a great sense of humor and doesn’t take things to seriously. She definitely goes against the grain of the typical housewife with a unique story of going from a ABC News journalist to a widow,to a best selling author and then starring on the Real Housewives. We hate to pick favorites, but Carole is definitely one of the best on Bravo, so here’s a look at 10 things you might not have known about RHONY star, Carole Radziwill!

Unlike some of the other women featured on The Real Housewives of New York City, Carole is a New York native, born and raised. She grew up an hour north of the town, Suffern, in “a sleepy town” as she would say. Her life now is all about being on television, fashion, parties, vacation and living in a huge two-story apartment, but growing up her childhood was much different. She definitely wasn’t raised with a silver spoon; in fact her parents often worked two jobs just to support the family. She was the typical ’70s kid and began working when she was only 12-years-old as a babysitter in the neighborhood and then lied about her age at 14 so she could get a job flipping burgers and making frosty’s at Wendy’s. When she turned 15-years-old she worked at a local department store doing returns and managing customer complaints. Clearly she’s always been a hard worker and a busy bee! She never dreamed of being a superstar or anything out of the ordinary, but when she graduated high school she jumped at the chance to head into the city where she attended Hunter College on the Upper East Side and that’s when her bright future started to take shape.

As if Carole wasn’t already cool enough, she also has her own signature scent and it can’t be bought in the nearest department store! She told Elle in an interview, “It’s original Egyptian musk oil. I used to get it from the men in the subway who sell the incense, but now those guys have all been run out of town. For a long time I was despondent because I didn’t know where to get it. But then I was walking along Third Avenue right by the Ace Hotel, and found it at one of the perfumeries.” She said it’s the perfect unisex smell, but still very feminine. She buys it in a medicine jar, then pours it into her own little bottle.

Fans of the show know Carole is extremely skinny. Not scary skinny like new housewife Julianne, but it’s a close call! Let’s face it, once we move past our envy — it’s true her body is absolutely fabulous for a woman in her fifties. Even though Carole is really skinny, in an interview with Elle, she said she doesn’t have any out of ordinary relationship with food, it’s just her body. No matter how much time goes by or what she consumes, her body doesn’t seem to change. “My body doesn’t change too much. I’m the same exact weight as I was in the eleventh grade of high school. Even if I eat a lot, I don’t gain weight. And if I don’t eat, I don’t lose weight. It’s just flat.” She’s only sharing this envious information because she hates all the skinny shaming she gets. “‘You’re too skinny, eat a burger!’ You would never say that to someone who is ten pounds overweight ever. I’m not starving myself. I’m just naturally thin. This is who I am…I like to say that God gave me a good metabolism and a nice a–, but again, there’s a whole bunch of other issues, so it all evens out.”

It’s common knowledge that many of the housewives from different cities intermingle and some even have friendships that date back before joining the show; in fact back in season 6 Carole dined with Brandi Glanville and Yolanda Foster, but Carole has a unique and even deeper connection to The Real Housewives of Orange County. Fans who’ve tuned into the most recent season of RHONY met Carole and Adam’s new puppy, Baby, but what the show doesn’t tell you is that Carole is raising the puppy with fashion model, RJ King, who just happens to be the brother of fellow housewife, Meghan King Edmonds!

In an essay for Departures, she wrote about her experience at a NASCAR race at Virginia’s Martinsville Speedway and admitted she liked her cars fast and that she once got pulled over on the Long Island Expressway cruising at a quick 100 miles per hour! We aren’t that surprised by Carole’s bad boy antics because she’s always stood out among the other ladies on the Real Housewives and tends to go against the grain. She wrote, “My relationships in life sometimes mirror my relationships with cars — fast, bumpy rides.”

No doubt being on a national television show means you’re among a certain crowd which allows a certain amount of celebrity access. But Carole takes her status to a whole new level with a high profile group of friends like journalist Christiane Amanpour, fashion designer Narciso Rodriguez, and filmmaker Mike Nichols. She’s also been spotted with Scandal star Dan Bucatinsky. Fans of the Real Housewives might not know that Carole got her invitation to partiipate on Bravo because she’s good friends with none other than Andy Cohen! The two were at a dinner party when Cohen extended the invite for her to join the show as they were in the process of firing and needed some fresh faces. Carole said she laughed it off at first, but got a more serious follow up email from Cohen the next day and the rest is history! Forget Taylor, we want to be apart of Carole’s squad!

This housewife is no stranger to the dating world; in fact right now she’s dating Adam Kenworthy who is much, much younger than her. Along with her list of famous friendly contacts, Carole’s got a list of famous ex-boyfriends! She outed her fling with George Clooney while filming RHONY (and on Twitter) when she admitted he was a good kisser. During her first season of filming she was in a relationship with Russ Irwin from Aerosmith, and she’s commented on having a fling with English actor, Ralph Fiennes one summer while she was living in London. Their relationship even inspired a scene in her dating guide book, “The Widow’s Guide to Sex and Dating.” In an interview with Elle, Carole confessed one of her biggest dating rules is to never chase men. “I’m the queen of first dates. I can go on a thousand first dates, and I always have a good time. I’m not a girl who has ever chased men. I like them, but I don’t get myself worked up for them, and I don’t get validation from them.” This is why she has such a great relationship with Adam, because according to Carole he knows what he wants and what he likes and doesn’t feel the need to play a game or chase her.

Carole definitely has one of the most impressive resumes among all of Bravo’s Real Housewives. Not only is she extremely down to earth, but she’s a well respected journalist. Before her life took a turn for the worse when she lost her husband and two close friends, Carole’s career was booming. She landed her incredible job after doing an unpaid internship at ABC with the magazine show 20/20, and before she knew it she was traveling to Cambodia to work on a documentary about foreign policy, then to the MiddleEast for the first Gulf War on SCUD missile patrol. She also reported on stories in Haiti and India and covered the war in Afghanistan alongside the troops and military personnel. During her time as a journalist she’s won three Emmy awards for her story on landmines in Cambodia, a Peabody Award, a Robert F. Kennedy Humanitarian award, and a GLADD award! To top off all her achievements, she also has an MBA from New York University so if the whole writing thing doesn’t work out she can start building some business ventures like some of her co-star housewives.

Carole isn’t of blood relation to the Kennedy’s, but rather married into her connection when she met Anthony Radziwill. Carole was born a Di Falco. Her late husband, Anthony’s mother Lee Radziwill was Jacqueline Kennedy Onassis sister. That makes Jackie O. and President John F. Kennedy Anthony’s aunt and uncle. Not only that, but Anthony’s father was a Polish prince named Stanislaw Radziwill which would make Anthony a prince and Carole a princess! Move over LuAnn, there’s a new royal in town! To sum up, Carole married into not only the Kennedy family, but also a European royal family! However, during an interview with The Daily Beast, Carole commented on her relation to the Kennedy family or lack there of. “I don’t consider myself part of the Kennedy family. It’s almost like a little point of honor. I’m a DiFalco at the end of the day. An Italian-American from upstate New York. I never call myself a Kennedy cousin. In fact, when I signed my contract with Bravo, I made it very clear that they were not allowed in promos to refer to me as a Kennedy cousin. I’m not that person. I don’t feel it.”

How on earth did a small town girl from Suffern meet a prince with four hundred year old royal linage? Carole met Anthony while they were both working at ABC and they both got assigned to the same story, a murder story of all things! They were both assigned to the story of the Menendez brothers — two rich kids who infamously murdered their parents in their Beverly Hills living room. On her website Carole wrote, “I used to get asked all the time, ‘How did you and Anthony meet?’ People were puzzled. Maybe they thought princes lived in castles and ordered in. Some do. Others have to work. And that’s where I met Anthony – at work. So much for fairy tales.” Unfortunately, Anthony was diagnosed with cancer before they even got married and passed away a few years later. Carole suffered immense loss during that time because, three weeks before Anthony died, they lost his best friend and cousin, John F. Kennedy Jr. and his wife, Carole’s best friend Carolyn, and her sister Lauren died in a plane crash. After a series of deaths in her life, Carole went into a deep, sad seclusion and eventually produced her New York Times bestseller, What Remains. 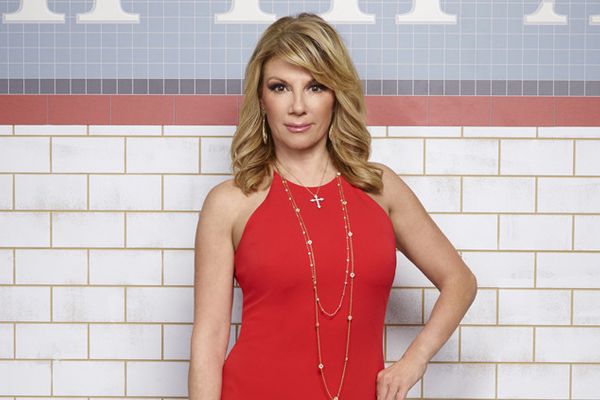