This British actress turned model is best known for her roles in Austin Powers, Bedazzled, a brief stint on Gossip Girl and now starring on the new television series, The Royals. Elizabeth Hurley rose to fame after a long relationship with A-list actor, Hugh Grant. In the beginning, her personal life seemed to garner more attention than her professional life, but today, Elizabeth is famous in her own right. Now detached from Grant, she’s managed to maintain her status in Hollywood and is now recognized for acting, modelling, and being a cancer research advocate. The beautiful actress has brought a whole new term to the definition of aging gracefully, and in honor of her upcoming 51st birthday, here’s 10 things you probably didn’t know about Elizabeth Hurley!

Born on June 10, 1965 in Hampshire, England, Elizabeth’s full name is Elizabeth Jane Hurley. Growing up, her family had to move around a lot because her father Roy was an Army major whereas her mother, Angela, was a music teacher. She has an older sister named Kate and a younger brother named Michael. When she was a little girl she was more interested in dance than anything else. Elizabeth took ballet classes and studied dance and theater at the London Studio Centre. She started a dance troupe called Vile Bodies. But Elizabeth wasn’t always the poised, chic woman she is now. When she was little, she mostly associated with punk fashion, dying her hair pink and sporting a pierced nose. “When I was 16 — this was about 1981, 1982 — the thing to be in Basingstoke, the suburb I grew up in, was punk,” she once said in an interview.

9. Fined by the Screen Actors Guild

Elizabeth was fined $100,000 by the Screen Actors Guild in 2000 for crossing a picket line to appear in a commercial. She had to appear before a SAG trial board and was fined $100,000. She apologized and donated $25,000 to the SAG strike fund. She’s isn’t the only high profile celebrity who has gotten in trouble for crossing the picket line — the same has happened to Tiger Woods, Harrison Ford, Helen Hunt, Kevin Spacey and Bruce Willis. In a letter to the strike campaign she said, “I did not deliberately cross the picket line. I feel that I have been victimized by those whom I relied upon. I have not and will not appear in another commercial over which SAG has jurisdiction while the strike is proceeding and I am sorry and apologize to all SAG members who, I know, have been troubled by these events.” She claimed to not have known the strike was in progress.

Elizabeth Hurley’s rise to fame was dependent on her boyfriend at the time, A-list actor Hugh Grant, but also one particular dress. The British actress and model turned A LOT of heads when she walked the red carpet at the Four Weddings and a Funeral premiere in an ultra revealing plunging black Versace dress held together by gold safety pins. The dress had such an incredible impact, she became an overnight success and it’s still talked about today! In an interview with the Times she said, “It was such a landmark dress in fashion history. Like nothing to do with me. It was the dress.” Hurley has even claimed that she might have become a more serious actress if she hadn’t wore that forsaken dress. It’s hard to believe, but that dress really kick started her career!

She founded a production company with Hugh Grant back in 1994 called Simian Productions. She ran the company with Grant until 2006. She produced the films, Extreme Measures and Mickey Blue-Eyes. In 2005, she started her own beachwear line called Elizabeth Hurley Beach. In an interview she explained how the idea came about for starting her own company. “I was on Necker Island for a fashion shoot and even as Richard Branson was lying back in a hammock, he was on the phone, doing deals, managing his empire. But then I thought I am never going to have even a holiday home, let alone an island, unless I start a business that I can do without disrupting Damian’s school days.” Her swimwear line has been quite successful and is sold in Saks Fifth Avenue and Harrods. In addition to running her own swimwear line, Hurley is also involved in agricultural produce.

Elizabeth has been working for Estee Lauder for a whopping 21 years! She’s been a spokeswoman for the cosmetic company, model and a global ambassador for Estee Lauder’s Breast Cancer Awareness Campaign for the past 20 years. She even launched a cosmetic line called Elizabeth Pink. The profit of sales goes to breast cancer research. Her grandmother was the driving force behind her desire to become involved in the breast cancer campaign, “My maternal grandmother died of breast cancer just before I started working with Evelyn and Estee Lauder and so, as soon as she asked me to help, it seemed like the perfect fit because she was one of the ladies that we really had to get past all that because she was scared of her breast cancer,” she said.

Elizabeth was a struggling actress when she met Hugh Grant. The two started dating in 1987 and she quickly rose to fame. The couple was together for a whopping 13 years until they broke up in 2000. Hugh was involved in a scandal during their relationship when he was caught soliciting a prostitute in 1995. Hurley stood by his side throughout it all and continued to appear publicly by his side. He was such a high profile celebrity during their relationship that she was constantly known and referred to as “Hugh Grant’s girlfriend.” Today, the couple has been split for 16-years and the two are still incredibly close; in fact they both refer to one another as their best friend. She told Jonathan Ross, “We’ve been apart for longer than we were together. We were together for 13 years and then we’ve been best friends for 15…he’s the best friend that anyone could have.”

Elizabeth Hurley has just entered into her 50’s and she’s never quite had a stable love life. Her longest relationship was with Hugh Grant back in the 90s! Since then she’s been linked to a slew of high profile relationships, mainly with business men, producers or athletes. After Grant, Hurley had a series of short-lived relationships. She married entrepreneur Arun Nayar in 2007, but they divorced not long after in 2011. Three-months after their divorce was finalized, she was engaged to Shane Warne. That relationship was also short-lived as they decided to split in December 2013. Prior to that, she briefly dated movie producer, Steve Bing with whom she now shares her 14-year-old son, Damien.

2. Steve Bing Denied Being a Father

When Elizabeth gave birth to a baby boy back in 2002, she named him Damien Charles and cited Steve Bing as the father. But, Bing denied having any biological connection to the boy because their relationship was “non-exclusive.” Unfortunately for his ego, a DNA test determined the movie producer as the child’s father.

1. She’s an Animal Lover and a Farm Girl

Elizabeth Hurley now lives on a 400-acre organic farm in the countryside of Barnsley, Gloucestershire. She lives on the farm with her family and produces agricultural produce like beef, wheat and oats. On the farm she has five dogs (three Labradors/two Cocker Spaniels), chickens, piglets and two alpacas. In an interview she said, “I am much more country girl than town girl. When I had my son, it got quite difficult in London to get any privacy and so I bought a farm in the country, in Gloucestershire and lived out there for a while and did full-time farming.” Hurley partnered up with the Prince of Wales and his company, Duchy Originals to sell healthy organic food. 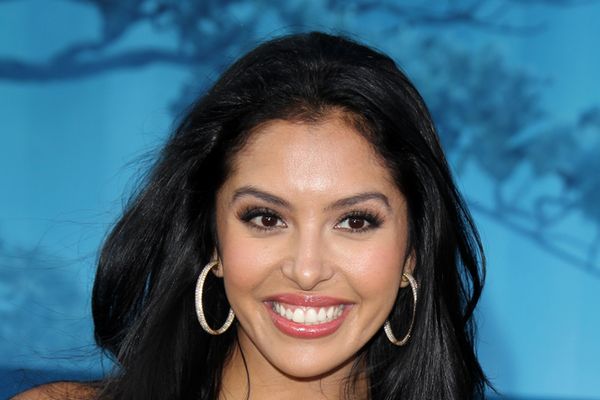 9 Female Celebrities Who Stuck By Their Shady Men!