She’s talented, beautiful, and a soap actress extraordinaire! General Hospital (GH) fans enjoyed her as Nina Reeves in Port Charles, and now The Young and the Restless (Y&R) fans get to watch her do her thing as Phyllis Summers (again…) in Genoa City! Below are some things you may not know about this incredible daytime drama actress.

Stafford started her soap opera career on a Fox drama called Tribes in 1990. The show began in March of that year and had a time slot of 6:30 p.m. with the hope of targeting teens. It ran for about three months, but was cancelled in June. Stafford later moved on to direct two LA stage plays and appeared in some small films. 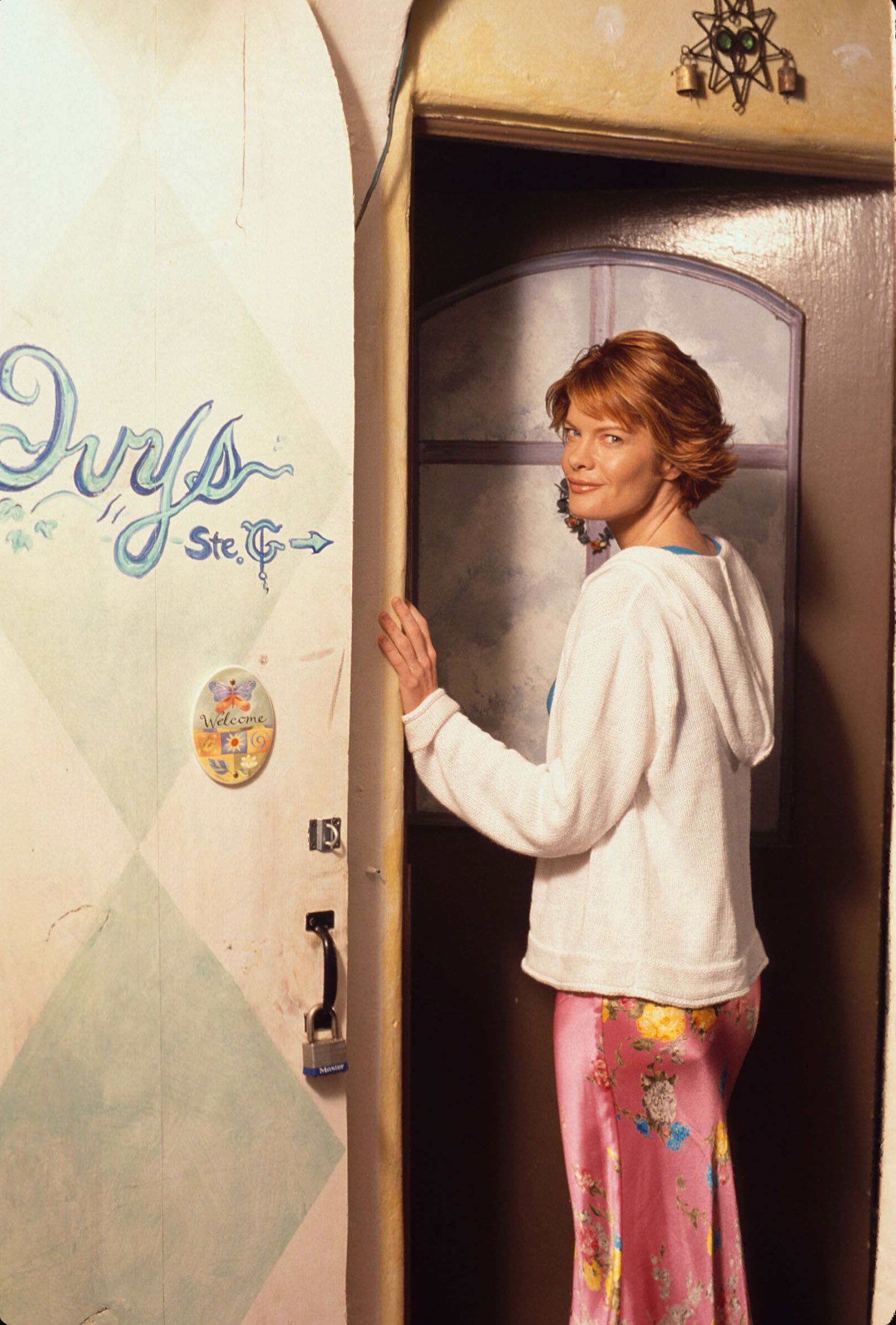 Four years later, Michelle would land her legendary Y&R Phyllis role and officially enter the land of Genoa City. While she would portray this character (on-and-off) for about two decades, the part was originally meant to be a short-term thing. However, the show’s producers were taken away by Stafford’s work and Phyllis soon became a staple character on the popular soap. Her contract was extended and the rest is history! 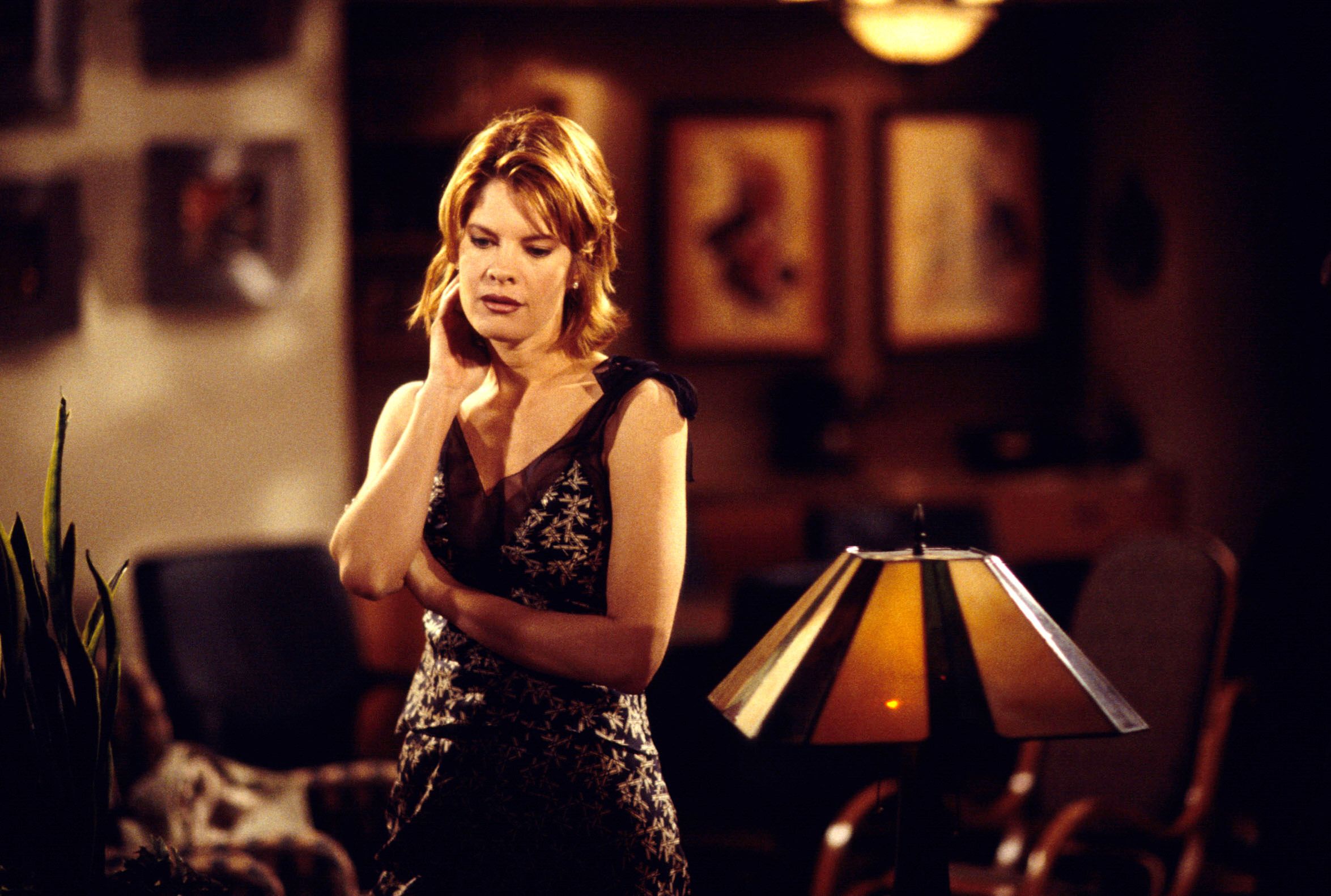 Three years into playing Y&R’s Phyllis, Michelle had prime time aspirations. She left the show in 1997 and Sandra Nelson was recast as Red. Stafford then headed to a prime time soap produced by the iconic Aaron Spelling entitled Pacific Palisades to play the lead character. Sadly, after 13 episodes the show was cancelled.

After Pacific Palisades was cancelled, Stafford picked herself up and dived into guest appearances on many popular primetime shows. From 1998 to 1999, fans of Michelle may recall seeing her on episodes of Diagnosis: Murder, Two Guys and a Girl, Players, as well as JAG. 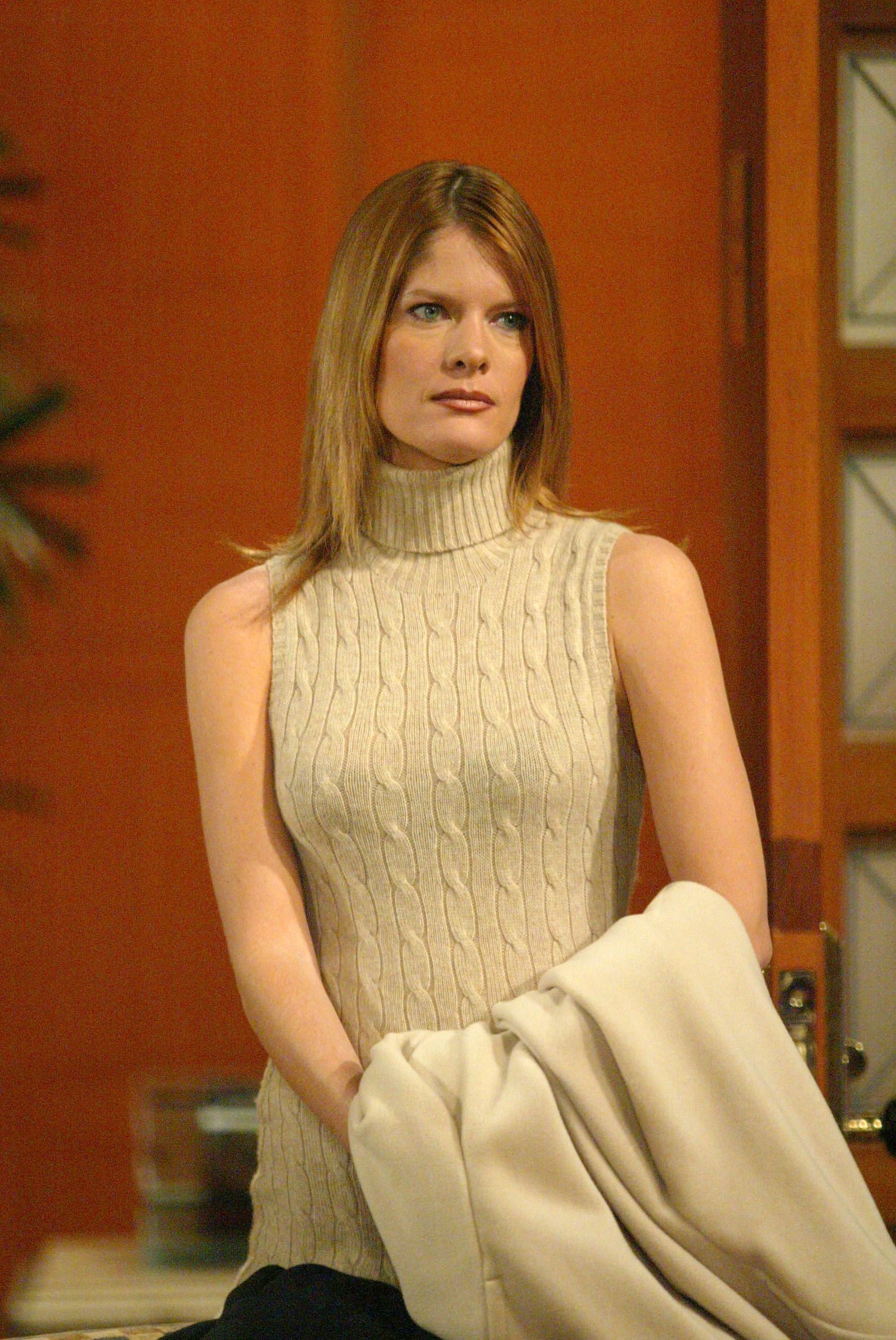 Once 2000 hit, Michelle was once again back in Genoa City wreaking havoc on Y&R. For thirteen years fans marvelled at the schemes, romances, and shenanigans that Phyllis dove into. In 2013, Stafford decided to leave the world of daytime drama behind and embarked on her own web series, entitled The Stafford Project. The web show was all about her own personal life. It aired on her YouTube channel in the late summer of 2013. 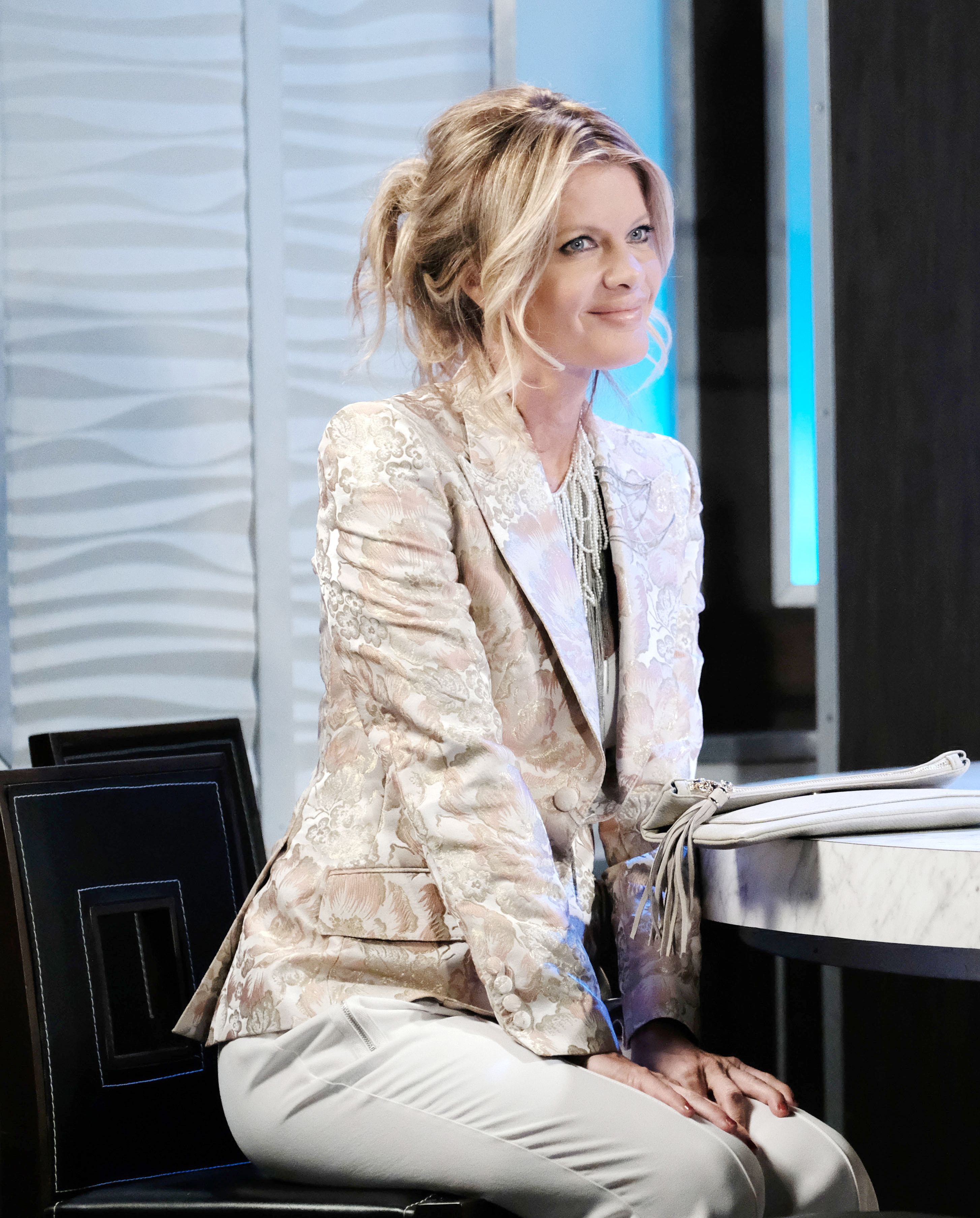 Stafford is so much more than a soap actress… she’s a mom, too! However, the struggle to become a single mom could’ve mirrored any dramatic soap opera storyline. Stafford started out with the idea of adoption, but after some barriers, decided to go the gestational surrogate route. In late 2009, her dreams of becoming a mom came true when Natalia Scout Lee was born. Six years later, Michelle welcomed baby number two in the form of her son, Jameson Jones. Michelle was born in Chicago, but raised in Montrose, California. She graduated from high school and immediately decided to pursue her dreams to become a model. Another interesting fact that some may not know about Stafford is that she speaks Italian. Who knew? 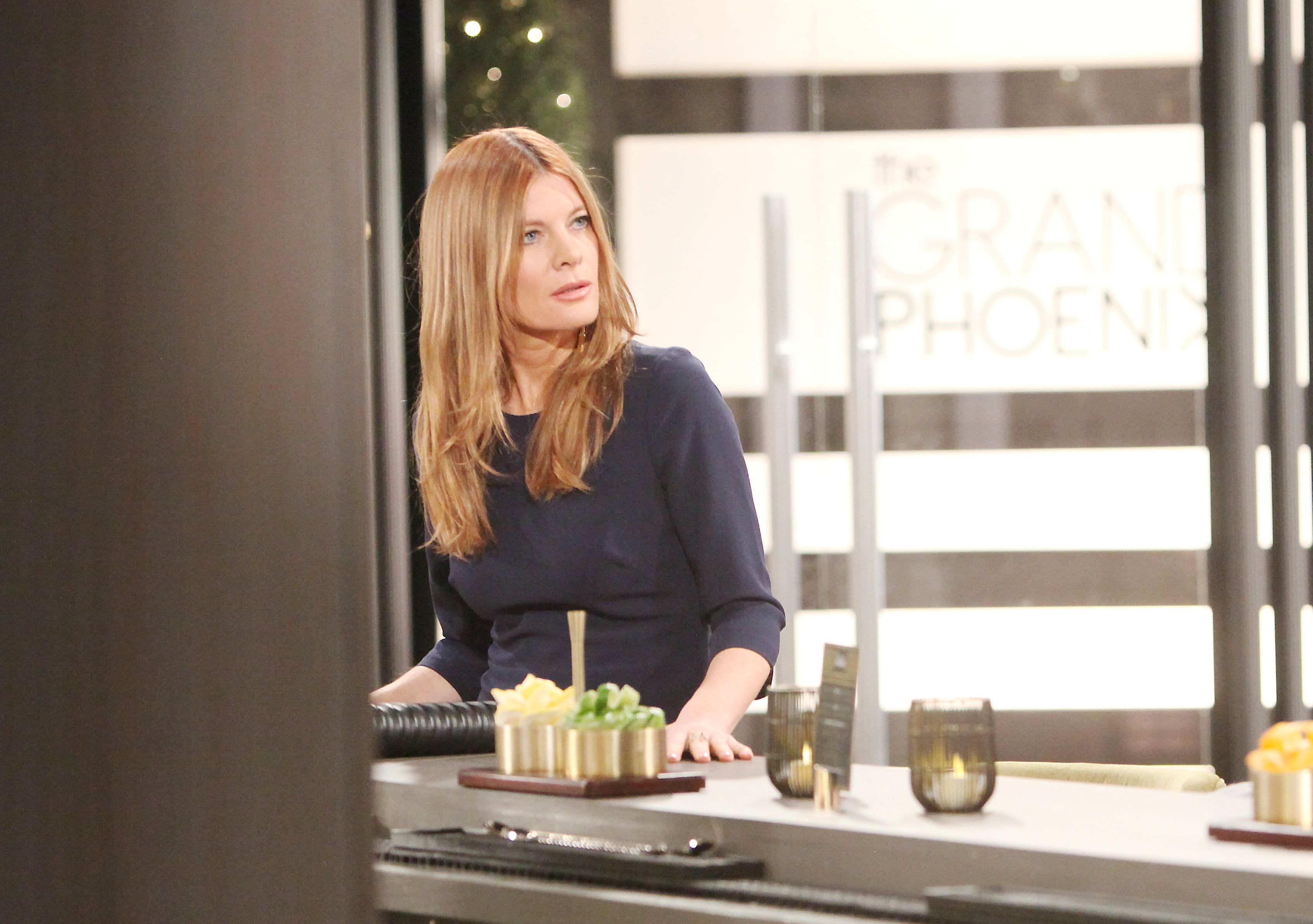 Stafford is clearly beautiful, both inside and out. With all the wear and tear of television makeup and long work hours, you’d think this would take a toll on her. However, at the age of 55, she’s as beautiful as ever. In 2016, she decided to share her self-care tricks and tips by launching her own line of care products. Her company specializes in organic and natural products that are also cruelty, gluten, and vegan free.

Gorgeous and loves sports? What a catch! Some Stafford fans may or may not know that Stafford is a hockey enthusiast. In fact, she’s spent time on multiple sports programs, including The Best Damn Sports Show Period, as a hockey correspondent in 2014. Talk about mixing your passion for hockey and your celebrity status! That stint must’ve been a blast for Michelle.

The life of a working-single mom and soap opera star (no less) must be hectic. One look at Stafford’s Instagram page and she is clearly balancing it all well! One can only imagine that she stays on top of everything with a good diet, exercise, and LOTS of caffeine. Well, the first two may be right. She revealed in a Entertainment .TheNet24h .com interview that she doesn’t drink coffee. Interesting tidbit!