Goldie Hawn has been in the industry for over 40 years! She rose to fame in the late ’60s with roles in Good Morning, World and Rowan & Martin’s Laugh-In. She’s received critical acclaim with an Academy Award and a Golden Globe for Best Supporting Actress for her role in Cactus Flower and is well recognized as the mother of Hollywood actors, Oliver and Kate Hudson. It’s hard to believe that Hawn is turning 74 this year because she looks better than ever, but in honor of her upcoming birthday, here’s a look at 10 things you didn’t know about the long-time actress:

She began taking ballet and tap dance lessons at the age of three and was quite good! Hawn fell in love with this new pastime and began dancing several times a week. In an interview with Oprah, she said: “Dancing was the most extraordinary experience of my life. After school, recitals, performances — it was the very thing that I knew I was going to do when I grew up. I’d bring home a C in school, but [my parents] weren’t too worried about it because they knew, basically, what my vocation was going to be from early on.” She made her stage debut in 1961 in a production of Romeo and Juliet as Juliet. In 1964 when she was only 17, she ran her own ballet school and dropped out of American University where she was majoring in drama. She eventually moved to New York City to follow her dreams as a professional dancer and was spotted in a chorus line of an ‘Andy Griffith’ TV special in 1967 and was cast in the show Rowan and Martin’s Laugh-In.

We all get a little nostalgic about childhood memories from time to time, but no one more than Goldie Hawn. The L.A. based actress drives back to her old home on a dead-end street in Takoma Park each year, sometimes every other year. She’ll either go alone, with her sister Patti, partner Kurt Russell or her childhood friend, Jean Lynn. She’ll even go as far as breaking into her old house which is now occupied by a woman named Donna Wulkan! “I don’t always go in. Sometimes I just drive by and cry,” said Hawn. According to Wulkan, she’s not necessarily angry about the actress coming to see the house but, “I just want her to call me next time she wants to come visit. I mean, I’m not ready to call the U.S. attorney’s office and say this entitled star is breaking into my house,” she said.

8. She Never Thought She’d be Famous

In an interview with Elle in 2012, Hawn opened up a bit about her childhood and how challenging it was for her to adjust to life as a celebrity at a very young age. She said it wasn’t necessarily the life that she imagined for herself growing up: “When I was a young girl moving into the industry itself as a dancer, it was really challenging. I was taken out of the chorus line and suddenly put into a position on a television show, moved onto Laugh-In, and became a big deal when I still was not very developed…So it was a lot of assimilating, a very strange life. I was always a performer, always on stage, but I also always believed I was going to go home, open a dance school, get married, and have what you would call a ‘normal’ life,'” she said.

Nowadays, meditation is an extremely common form of relaxation and goes hand in hand with yoga, a form of exercise that has also become increasingly popular. Goldie Hawn was one of the first people to start talking about meditation. She started meditating back in the ’70s when it wasn’t all that popular and she’s been raving about it ever since. Especially when people ask her how she ages so gracefully and maintains her optimism. In an interview with InStyle, she said she meditates every day for 20 minutes, at least. “I like to do it for 20 minutes at least in the morning. I also do it in the evening. Sometimes my day goes so long and I don’t want to meditate before bed because it actually wakes me up,” she said.

In an interview on the British Talk show, Loose Women, Hawn said the secret to her long-lasting relationship with Kurt Russell is not getting married. The couple have been together since 1983. They first met on the set of The One and Only, Genuine, Original Family Band when she was 21 and he was 16 in 1968, but didn’t become involved until they worked together on the set of Swing Shift. “I would have been long divorced if I ever married [Kurt]. Marriage is an interesting psychological thing. If you need to feel bound to someone, then it’s important to be married. If you have independence, if you have enough money and enough sense of independence and you like your independence, there’s something psychological about not being married. Because it gives you the freedom to make decisions one way or the other. So for me, I chose to stay, Kurt chose to stay, and we like the choice,” she said.

Hawn was married Bill Hudson, Kate and Oliver Hudson’s father, from 1976 to 1982. According to her, their relationship started falling apart when she was filming the movie Private Benjamin in 1980. She said they struggled to “keep it together.” Their breakup played out in the media and ended quite bitterly with Kate and Oliver being estranged from their father. Bill Hudson has slammed her in the media over the years stating that she is the reason he is estranged from his children and that she continuously cheated on him throughout their marriage. According to Hudson, Hawn was still married to her first husband, Gus Trikonis, when they first started dating.

4. She’s Okay with Getting Older

The age-old question with Hawn is how she ages so gracefully. The actress is in the best shape of her life and looks absolutely stunning! She seems to be immune to the whole aging crisis that so many Hollywood actresses try so hard to avoid. According to her, the key to aging gracefully is to just accept it and go with the flow — plastic surgery is not the answer! “Getting older is a fact of life. By living mindfully you understand that there are many transitions in life. You just go through them. It’s wonderful to know you’re aging, because that means you’re still on the planet, right? It’s all about how you make it. It’s all in your mind,” she said in an interview with Porter magazine. Despite being so comfortable with her age, Hawn does admit that she doesn’t like to be called “grandma” by her grandchildren — she prefers “glamma!”

3. She Used to Have Panic Attacks

The typically optimistic and always smiling Goldie Hawn once went through a very strange and dark period in her life. When she first came onto the Hollywood scene she wasn’t necessarily in a ‘happy place’ and she was constantly having anxiety attacks. “I was anxious. Just as my fame was new. I was having what they call nonspecific panic attacks. I’d feel dizzy. My heart would start palpitating. I didn’t like to be in crowds, because I’d get nauseous,” she said in an interview with Prevention. “I went to a psychologist because I had lost my smile. I was forcing an emotion that had been so natural to me and that now I didn’t feel. I was out in space. I was no longer authentic. This happens to a lot of us at one time or another.” Not long after this, she turned to meditation to help her deal with the anxiety.

The Oscar-winning actress has jumped on the bandwagon and opened up about the sexism she battled during the peak of her career. The most blatant act of sexism happened when she took on the role of directing the box-office smash hit Private Benjamin. Hawn said she was labelled as “controlling” because of her gender and it ruined her career as a director because then other directors didn’t want to work with her. “I faced a big problem, and that was that I was looked on as someone who did things her own way. When it comes to a success, it becomes a threat. Directors didn’t want to work with me because I was ‘too controlling.’ If it had been a man, it wouldn’t have meant a damn thing,” she said.

In an interview with Oprah, Goldie Hawn reflected on a story from when she was 19 living in New York City alone and she was invited to do an interview with iconic cartoonist Al Capp in his Park Avenue apartment. “He thunders through the door…He said, ‘Well I’m going to slip into something more comfortable.’ And something when off in my brain like, ‘More comfortable? OK’…So he comes in in a dressing gown and sits down on the couch. I was getting a really bad vibe…Then he said, ‘Would you go over there now Goldie, and, I just want to see your legs.'” He then asked her to lift up her skirt. “I lifted my skirt up just a little bit…He said ‘Higher…higher…higher.’ And I looked up and said, Mr. Capp, ‘That’s all the higher I can go.’ He opened up his dressing gown and I looked at it…it was scary. I said ‘Mr. Capp I will never get a job like this,’ And he said to me, ‘Oh, I’ve had them all.’ And I said, ‘Well it doesn’t matter, but I’ll never do this.’ And he said, ‘Well, you’re never going to get anywhere in this business, you should go home and marry a Jewish dentist.'” 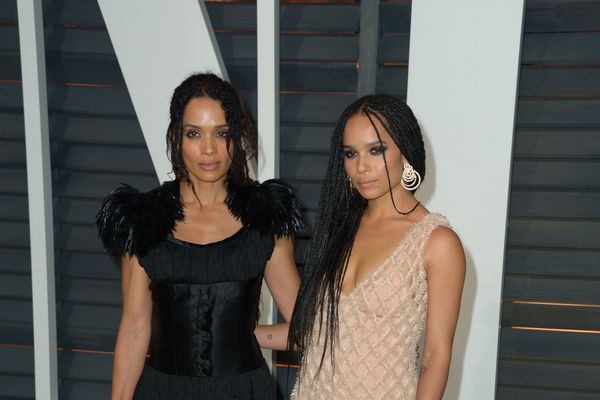