We all know Justin Chambers as the egotistical womanizer, otherwise known as Dr. Alex Karev on Grey’s Anatomy, but in reality he’s nothing like Karev! This American actor and former model is most definitely a family man with four kids and a wife of over twenty years. He likes to keep his personal life private, especially when it comes to his wife and kids. Chambers was one of the few original cast members from the medical drama series to stay on Grey’s for nearly 16 seasons! Despite his desire to stay private, we managed to dig up a few tidbits of interesting information about the actor. Here’s 10 things you didn’t know about Justin Chambers:

He has a fraternal twin brother named Jason. Justin and Jason were nicknamed Juddybird and Jaybird. The two of them were in an out of the hospital as kids because of recurring cases of pneumonia. He grew up in Springfield, Ohio with three other siblings (five children in total) and both of his parents were deputy sheriffs.

He married his wife, Keisha Chambers, a former model agency booker in 1993. He met her while he was modeling for Calvin Klein. The couple now shares five children together: Isabella, twins Maya and Kaila, Eva, and Jackson. Justin and Keisha are committed to living a low-key life that is away from the spotlight. He said, “Our kids are in a little band, and they like to play video games, and my wife and I do our best to live a low-key non-Hollywood kind of life.”

Before he started acting, Justin was a hugely successful model. He was discovered by a modeling scout on the Paris Metro and got his first big modeling gig on a Calvin Klein fragrance campaign. Since then he’s worked in Europe, Japan and the United States for Calvin Klein, Armani and Dolce & Gabana. He stopped modeling to pursue a career in acting and moved to New York.

We couldn’t imagine Grey’s Anatomy without Justin Chambers, but if he hadn’t made this one decision, he’d probably never have been cast. Before landing a lead role on Grey’s, he was cast in a lead role on Cold Case. He left the show after four episodes because it wasn’t the right fit, and ironically that’s when the show started to gain more attention. Not only did Justin almost star in another show, he wasn’t in the original script for the pilot of Grey’s. The producers thought they needed another male character to hang out with George O’Malley and balance out the girls so they added Justin Chambers in digitally after the episode was filmed.

As a child he had a pet goose named George; he now has two rescue dogs. His first car was a 1973 Dodge Dart Swinger, and his favorite book is the Bible — he’s obsessed with the Book of Revelation. Justin grew up wanting to be a dentist and had odd jobs in high school like selling orthopedic shoes, time shares and flipping burgers at Hardees.

A photo posted by Justin Chambers (@officialjustinchambers) on Apr 4, 2014 at 7:02pm PDT

Justin Chambers definitely doesn’t need any acting classes, he’s been involved in showbiz since the mid ’90s! But in 2013 he signed up and took an acting class for the sole reason of meeting the teacher. The teacher was his childhood crush, Lindsay Wagner. Wagner is best known for her role in the ’70s series The Bionic Woman.

When Justin was growing up in Springfield, Ohio, one of his childhood friends was killed by a neighbor because he suspected the kids were stealing from him. In an interview with USA Today, Justin said, “Then one day, the old guy just flipped out and went to my friend’s home and shot my friend, his baby brother and their other siblings.” Chambers grew up hearing tragic stories as both his parents were deputy sheriffs where he grew up. In the same summer his friend died, “there was another incident where a woman and her son were butchered by her boyfriend. That’s as evil as it gets.”

In 2008 he admitted that he suffers from a biological sleep disorder. He checked himself into the UCLA Medical Center to treat his exhaustion from the sleep disorder because he was only getting about two hours of sleep each night. 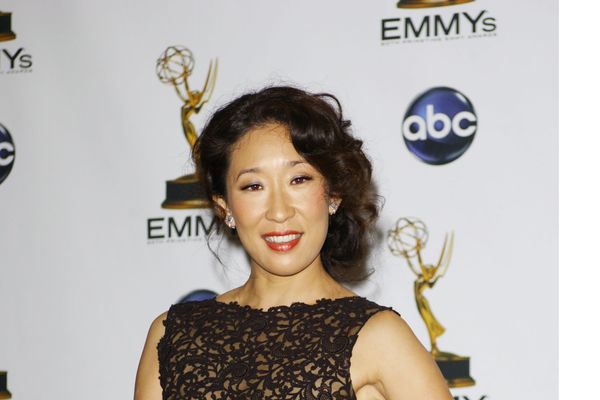