Helen Mirren is one of the most versatile actresses in Hollywood. Having begun her acting career on the stage almost five decades ago, she has gone on to win an Academy Award for Best Actress, a Tony Award for Best Actress in a Play, as well as three Emmy Awards for Outstanding Lead Actress in a Miniseries or Movie. She also received the rare distinction of being appointed a Dame Commander of the Order of the British Empire. Because she’s so talented and so interesting, we have 10 things you didn’t know about the award-winning star:

She was born Ilyena Lydia Mironoff to Kathleen “Kitty” Alexandrina Eva Matilda and Vasily Petrovich Mironoff in London, England on July 26, 1945. Her mother was English and her father was of Russian descent. He Anglicized the family name to “Mirren” during the 1950s. Her paternal grandfather, Colonel Pyotr Vasilievich Mironov, was a diplomat who was in the Imperial Russian Army and fought in the 1904 Russo-Japanese War. When he immigrated to England, he worked as a cab driver to support his family.

Despite being attracted to theatre at a young age, Mirren’s parents steered her away from acting and she was sent to St. Bernard’s High School, a Catholic convent, in Southend-on-Sea. While there, an English teacher was recruiting for the National Youth Theatre and urged her to audition for the troupe. She did and was accepted into the company; however, her mother convinced her to enter a London teaching college instead.

The Oscar-winning actress had trouble letting go of acting. By the time she was 20, she was starring as Cleopatra in the 1965 production of Antony and Cleopatra. Her performance landed her an agent, Al Parker, as well as a place with the Royal Shakespeare Company. While there, she played Castiza in The Revenger’s Tragedy, Diana in All’s Well That Ends Well, Cressida in Troilus and Cressida, Rosalind in As You Like It and Julia in The Two Gentlemen of Verona. She also played Tatiana in Gorky’s Enemies at the Aldwych and had the title role in Miss Julie at The Other Place and, between 1965 and 1967, also appeared in four other productions at the University of Manchester.

After an interview with the Guardian in the 1960s, she was dubbed “The Sex Queen of Stratford” because of the sexually charged theatre roles she chose. During a 1975 interview with Michael Parkinson, he introduced her as “The Sex Queen” before going on to make references about her physical attributes, sluttishness and occasional nudity. She was obviously annoyed and really resented the title.

The Emmy-winning actress is married to director Taylor Hackford. They were married on December 31, 1997 in the Scottish Highlands. They met on the set of the 1985 film White Nights and began dating a year later. According to her, the key to their successful relationship is a lack of romance. “Taylor and I aren’t remotely romantic with each other. And actually we appreciate the lack of romance in the other person. I’d be completely horrified if Taylor gave me a Valentine’s card! That’s not our sort of relationship at all – we would pour cold water on that sort of thing,” she said. Before her relationship with Hackford, she dated actor Liam Neeson, who she met on the set of Excalibur.

The Queen star used to like doing cocaine at the occasional party back in the day; however, she completely stopped when she realized that Klaus Barbie, a member of the Nazi party during World War II, was making a living from cocaine dealing. “Klaus Barbie was hiding in South America and living off the proceeds of being a cocaine baron,” she told The Telegraph. “And I read that in the paper, and all the cards fell into place and I saw how my little sniff of cocaine at a party had an absolute direct route to this f—ing horrible man in South America. And from that day I never touched cocaine again. Until that moment I had never grasped the full horrifying structure of what brings coke to our parties in Britain.”

Mirren has two stepchildren, but no children of her own because she wanted to focus on her career instead. “I never felt the need for a child and never felt the loss of it,” she said. “I’d always put my work before anything.” She also wasn’t interested in the idea of marriage or, as she called it, “voluntary imprisonment” until she met her husband, Taylor Hackford.

She landed her breakthrough television role in 1992. She played Detective Inspector Jane Tennison on the mystery series Prime Suspect. The role won her three consecutive BAFTA Awards for Best Actress between 1992 and 1994. Her film career also began heating up in 1996 when she earned her first Academy Award nomination for The Madness of King George, which earned Helen her second Best Actress win at Cannes, as well as another BAFTA award.

When The Cook, the Thief, His Wife & Her Lover actress was in college, she was date raped a couple of times, but she never reported the attacks to the police. “I was [date raped], yes. A couple of times. Not with excessive violence, or being hit, but rather being locked in a room and made to have sex against my will,” she told GQ. Unfortunately, she caused controversy when she suggested that women who say no at the last minute might have trouble pressing charges. “I don’t think she can have that man into court under those circumstances. I guess it is one of the subtle parts of the men/women relationship that has to be negotiated and worked out between them,” she said. 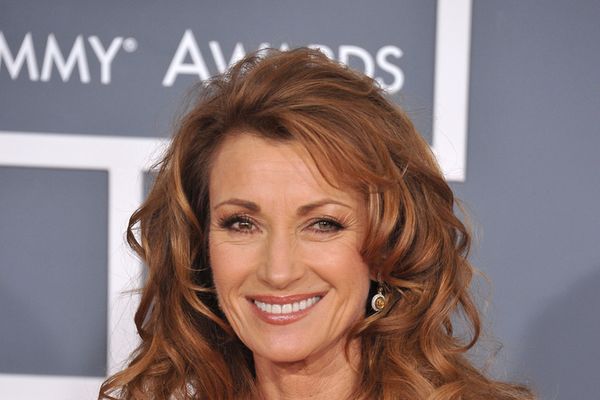