Jared Leto is without a doubt one of Hollywood’s most talented actors. He got his start on television almost 20 years ago and he quickly moved on to movies after that. His performances over the years have earned much critical acclaim, as he goes above and beyond to become the characters he plays. Now that he is celebrating his birthday, we have 10 things that you didn’t know about the talented and handsome actor:

The lead singer of Thirty Seconds to Mars is known for fully immersing himself in all of the roles he takes on. For his role in Requiem for a Dream, he abstained from sex for two months, lost 25 pounds and he reportedly lived on the streets in Brooklyn to help him prepare for his role as a heroin addict. When he played John Lennon’s killer in Chapter 27, he also went method. He gained more than 60 pounds to play Mark Chapman. For his role in Dallas Buyers Club as the transgender woman, Rayon, he dropped 30 pounds, waxed his entire body and stayed in character for the duration of filming.

The acclaimed actor – who had a fictional band, Frozen Embryos, on My So-Called Life – started his own band Thirty Seconds to Mars with Tomo Milicevic and his brother Shannon Leto in 1998. Leto is the lead singer while Shannon plays drums and percussion and Tomo plays lead guitar, bass, violin, keyboards and other instruments. Leto also writes the majority of the band’s songs. The band’s quite successful. They went from playing in the cellars of pizza places to headlining festivals overseas and large theatres in the United States.

In an interview with Rolling Stone, the Dallas Buyers Club actor revealed that he used to do a lot of drugs in high school and he got into a lot of trouble. “I did them, lots of them. A lot of them were really fun. There are just those few that tend to kick you in the ass. I guess at some point, too, there’s a decision: Is this going to be my life? I made a choice to pursue other dreams. I guess that’s just the kind of f–ked thing about a lot of drugs: The opportunity cost is too high. Some drugs are incredible, but the risk versus reward is out of line. I just saw too many examples of what not to do,” he said.

The Oscar-winning actor claims that he has really wild dreams that sound almost nightmarish. “I have the craziest post-apocalyptic dreams,” he told Rolling Stone. “It’s insane. Things out of science fiction books. Or I’m flying or something over a city. The wildest dreams. Hyper-real dreams.” These dreams helped him inspire the songs on his band Thirty Seconds to Mars’ first album.

Jared Joseph Leto was born on December 26, 1971, in Bossier City, Louisiana. His parents divorced when he was a child and his mother, Constance Leto, with some help from her parents, raised him and his older brother, Shannon. His mother’s father was in the Air Force, so he and his family moved around a lot. He never had a relationship with his father and he never had a chance either. When he was eight, his dad committed suicide.

Leto moved to L.A. in 1992 to pursue a career in directing, but he ended up becoming an actor instead. His breakout role was in My So-Called Life. He played Claire Danes love interest, Jordan Catalano. While the show was praised for its portrayal of adolescence, it was cancelled after only one season. His next big role was as Olympic hopeful Steve Prefontaine in the film Prefontaine. He spent six weeks training for the role, adopting the runner’s voice and upright running style and meeting with the runner’s family and friends. Leto’s performance was positively received and is also considered his breakthrough role.

Source: Of a Kind

He directs music videos for his band Thirty Seconds to Mars under the pseudonym, Bartholomew Cubbins, which is a recurring character in the Dr. Seuss universe. He claims that he does it so that he doesn’t distract from his band’s videos. “It’s one of my favorite Dr. Seuss characters. It started a long time ago. I wanted not to have any of the distractions that may come along with putting my name on a video that I was starring in, that I wrote the song for, that I was in the band of. It’s the worst-kept secret out there. But we’ve continued it just for fun,” he told The New York Times.

The actor/musician’s mom was a hippy and she raised him and his brother Shannon in a very bohemian way. They lived in communes and even in Haiti at one point while his mom volunteered there. Constance’s friends were mainly artists – painters, sculptors and performance artists – and Jared and Shannon were encouraged from an early age to create. Jared almost had a career as an artist. When he was at the School of Visual Arts in Manhattan, he studied painting and photography, but photography got him interested in directing movies instead.

Leto doesn’t only act and headline a successful band – he’s also a savvy technological investor. He took an early stake in the smart-home company Nest before Google purchased it for $3.2 billion. He also has stakes in Reddit, Uber, Airbnb, Slack and has started companies of his own including the site Vyrt. 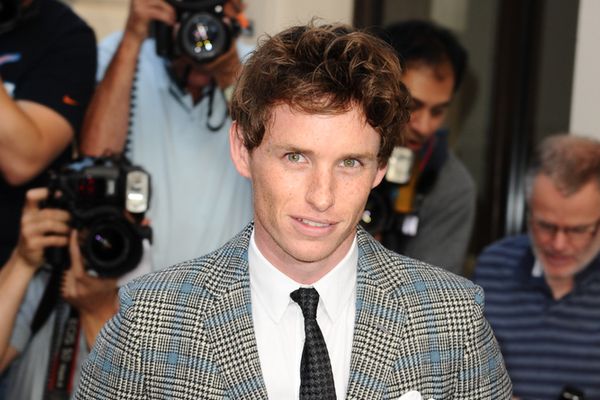