Julie Bowen is best known for her role as Claire Dunphy on Modern Family, but there is so much more to her than just that. Here are 10 things you didn’t know about the television star:

She has a B.A. in Italian Renaissance studies from Brown University. It was in university that she discovered her love of acting while appearing in several stage productions. When she was finished university, she also studied at the Actor’s Studio in New York.

She spent a year in Florence, Italy, and is fluent in Italian.

Her kids go to school with Gwen Stefani’s kids and Dave Grohl’s kids.

7. The Crush of a Lifetime

When she first moved to L.A. during the ‘90s, she had a major crush on Johnny Depp. She used to frequent The Viper Room, which he owned, with her friends, hoping to meet him. “When I first moved to LA in my early twenties, Johnny had the Viper Room [nightclub] and my friend and I went there all the time. He was dating Kate Moss at the time, but I had this fantasy that when he saw me, our eyes would meet and he would know. But I never once saw him there,” she said.

She’s had a pacemaker since her early 20s. She has a cardiovascular condition where her regular heartbeat can drop to dangerously low levels.

Her husband, Scott Phillips, is a real estate investor and software developer who works from home.

She has three children – Gus and John, who are twins, and Olivier, who has a severe nut allergy.

She is of English, French, German, Irish and Scottish descent.

She’s the spokeswoman for Get Schooled in Anaphylaxis. “I’ve been involved with it to educate and keep the conversation going about preparedness when it comes to anaphylaxis and life-threatening reactions to allergies,” she said.

Yoga used to be her exercise of choice, but now running is because she can do it at anytime – all she needs is a pair of running shoes. She will wake up as early as 4 a.m. some days to go for a run. “I’m an early riser and I always have been. I like to get up and get the exercise out of the way as fast as I can,” she said. 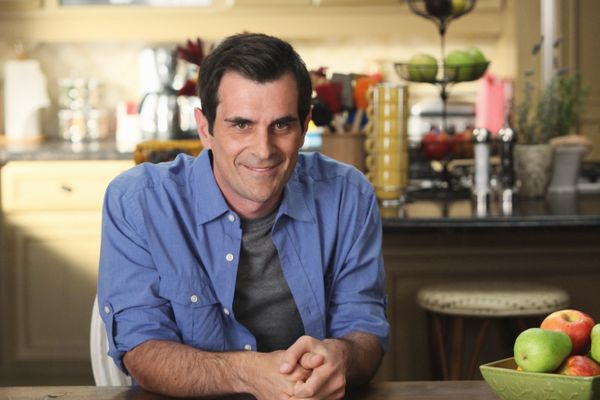