Katherine Heigl wasn’t always a controversial figure. Back in the mid to late 2000s, she was an in-demand actress. She was as pretty as any other leading lady, but she was outspoken. She really had no problem speaking her mind. Unfortunately, this very quality that people liked so much ended up becoming something that everyone hated. Now that she’s on her apology tour, we figured we’d take a look back on the woman everyone thought would become American’s next sweetheart. Here are 10 things you didn’t know about the former Grey’s Anatomy star:

She and her husband Josh Kelley – who she met on the set of his music video for “Only You” – didn’t live together before marriage. “I think I just wanted to save something for the actual marriage… I wanted there to be something to make the actual marriage different than the dating or the courtship.”

In 1986, when Katherine was only 8 years old, her 15-year-old brother Jason was declared brain-dead after he was thrown from the back of a pickup truck while out with some friends. After his death, her family converted to The Church of Jesus Christ of Latter-day Saints.

The former television star used to model for her aunt’s skin care product lines and, without her mother’s consent, her aunt began sending these pictures to talent agencies. The following year, Katherine signed with Wilhemina and began appearing in catalogs for Macy’s and Sears.

For the show Roswell, the pretty blonde actress auditioned for all three of the show’s female leads, before she was cast as Isabel, an alien human hybrid.

She booked her first movie when she was 11 and by the time she was in sixth grade she was landing one movie a year. While her career may have been on the rise, her social life wasn’t. “As soon as I started coming into my own and getting a little self-confidence, my closest girlfriends turned on me,” she said. “I didn’t know what I was doing wrong. So I became a people pleaser, always trying to get people to like me.”

In addition to having two older brothers, Katherine also has an older sister who was adopted from South Korea.

The film star has two adopted daughters – one is from South Korea, Naleigh, and the other, Adalaide, is from Louisiana. Naleigh was born with a congenital heart problem that was fixed via open-heart surgery before she left South Korea.

Katherine doesn’t live in Hollywood. Instead she lives on a 25-acre ranch in Utah, about an hour’s drive from Salt Lake City. Also living on the ranch are their eight dogs, three cats, two donkeys, two pygmy goats, 10 chickens and nine horses, plus two miniature horses.

The movie Zyzzyx Road, which she starred in alongside Tom Sizemore, is the lowest-earning movie in recorded history. It only grossed $30 at the box office. 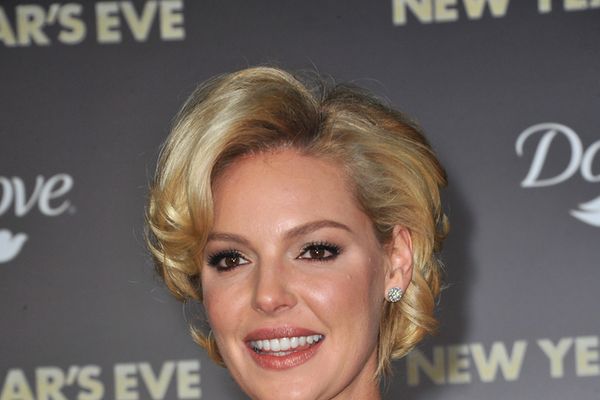