Keira Knightley is the perfect combination of beauty and talent. Ever since she was catapulted to fame thanks to the sleeper hit Bend It Like Beckham, we have watched her go from being a budding movie star to a serious actress. In celebration of her birthday, here are 10 things you didn’t know about the stunning star!

She has said that she’s envious of women with long, lean legs because she hates hers. “I hate my body. I like so many other people’s bodies. I like legs – a good pair of legs on someone else always makes me jealous!” she told Britain’s Hot Stars magazine back in 2005.

9. A Believer in Therapy

When she was in her early twenties, she sought therapy. “I’ve totally done therapy. I highly recommend it. I don’t do it at the moment. But in my early twenties when I found everything completely overwhelming, 100 percent, I did it! Are you kidding? I think when you’re in those moments in your life, and you want to get through them…you have to do whatever it is to help you get over it. You have to give it a go. Try anything that might help,” she told Elle.

She got her first agent at the age of six and worked mostly in commercials and small TV roles until she landed the role of Sabé, Padmé Amidala’s decoy, in Star Wars: Episode I – The Phantom Menace.

Her childhood idol was Emma Thompson. She worked with her in 2003 on Love Actually.

6. A Family of Actors

Her mother, Sharman Macdonald, is an actress turned playwright and her father, Will Knightley, is an actor.

As a child, she was diagnosed with dyslexia and she dealt with it by reading Emma Thompson’s Oscar-winning screenplay for Sense and Sensibility.

Her name was supposed to be spelled “Kiera,” but her mother misspelled her name when she went to go register, which is why it is spelled “Keira” instead.

Her father is English and her mother is of Scottish and Welsh descent.

When she was in school, she never had any boyfriends.

She took her best friend (who was a girl) to her school’s prom. Keira wore a crop top and leather pants while her friend wore a black tie and ripped jeans. While she had a great time, her teachers weren’t into it. “One of the teachers took us both aside and said we were never going to come to anything if we didn’t know how to dress appropriately for events like that. So that was my prom. We had a great time!” she said. “We had our picture taken underneath the thing, and she’s kissing me, and we were told that that was disgusting. Although our photograph wasn’t allowed to be displayed because it was deemed ‘inappropriate.’ 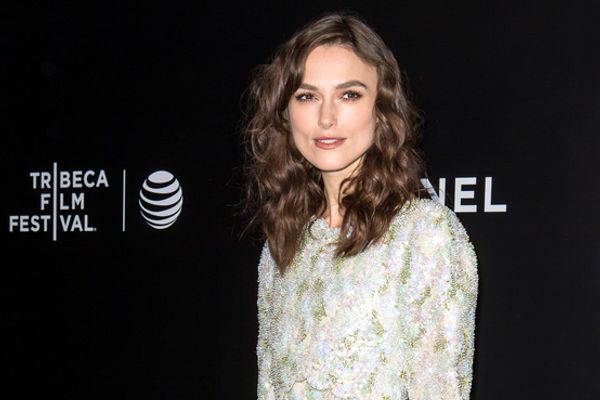