Keri Russell is one of the most underrated actresses. She was fabulous in Felicity and she’s amazing as an undercover KGB spy in The Americans. She just turned the big 4-0, but still doesn’t look a day past perfection. In honor of her talent and beauty, here are 10 things you didn’t know Keri Russell!

When she was on Felicity, she dated her on-screen boyfriend, Ben Covington, who was played by Scott Speedman.

She took jazz and ballet for years, which helped her earn a spot on The New Mickey Mouse Club alongside Britney Spears, Christina Aguilera, Justin Timberlake and Ryan Gosling.

She has been dating her co-star from The Americans, Matthew Rhys, since 2013. She’s currently expecting a child with him, which will be her third and his first.

Her father was a Nissan Motors executive and her mother was a homemaker. Growing up, her family moved around a lot because of her father’s job. They lived in Coppell, Texas; Mesa, Arizona; and Highlands Ranch, Colorado.

Before she landed the lead role on Felicity, she had a lot of trouble finding quality roles. As a result, she had many less than stellar roles, like the lead role in the NBC movie The Babysitter’s Seduction.

After Felicity ended, she took a year and a half off from acting. “I didn’t know if I even wanted to be an actress anymore,” she told The New Yorker. During this time, she rented an apartment in New York City and spent her time reading, sleeping in, staying out late and going dancing with friends.

She is of English, German, Swiss, Northern Irish, Manx, Dutch and Danish descent.

She auditioned for the part of Lois Lane in Superman Returns, but the part went to Kate Bosworth instead.

She has two children with her ex husband, Shane Deary. Their names are River and Willa.

She also auditioned for the role of Cher Horowitz in Clueless, but that role ultimately went to Alicia Silverstone. 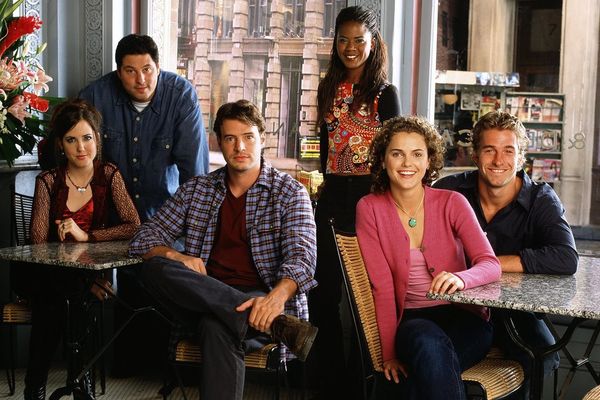 Cast Of Felicity: How Much Are They Worth Now?