Michael Fassbender may be notoriously private about his personal life and of course we totally respect that, but there are still some thrilling tidbits of celebrity trivia available for those willing to dig a little deeper. For instance, do you know what Michael Fassbender’s nickname is? Are you curious about what the famous X-Men star and Steve Jobs’ actor did before making it big in Hollywood? Check out this list of 10 things you didn’t know about Michael Fassbender to find out those juicy facts about the A-list actor and more.

You might think someone like Michael Fassbender would easily earn monikers along the lines of Gorgeous McSexyPants or Hottie McHottstuff, but no, his actual nickname is based less on his good-looks (too bad) and is a take on his name instead. Apparently to Michael’s close friends, he’s referred to as Fassy.

Michael Fassbender may be willing to stretch his acting wings and take on a range of roles, but surely you’d be surprised to find out that what currently tops his list of dream projects is a musical. That’s right, the man who’s made a name for himself on screen as a mutant superhero and the techiest genius of our generation would love to add singing into his next script.

Helping Michael Fassbender fulfill his dreams of starring in Hollywood’s next blockbuster musical is his already existing instrumental talent. Yes, that’s right, Fassbender fans, as if the actor wasn’t dreamy enough as-is, it turns out he’s also talented at tickling the ivories. Play us a tune, Magneto?

Once Michael Fassbender has fulfilled his dream of being the leading man in a mega-successful Hollywood musical and wowed the world with his vocal talents. Maybe he can put one of his other talents to use in a movie about go-karts? Race cars and street races are all fine and good, but when it comes to being fast and furious, Fassbender’s vehicle of choice is a go-kart which he apparently loves to race.

6. Berries and Nuts and Sardines, Oh My

Hollywood stars have been known to take some pretty drastic measures in order to get themselves and their bodies prepared for a role and Michael Fassbender joined that club when he lost 33 lbs. for his part in the aptly named Hunger. Losing the weight needed a lot of effort on the part of the man who is already lean, so the star stuck to a strict diet comprised only of berries, nuts, and sardines. Gonna go out on a limb and predict that this is NOT the next big diet trend to come out of Hollywood.

5. He’s Sticks With His Cracked iPhone 4

Fans got to see yet another side of their favorite actor when he nabbed the role of Apple super genius Steve Jobs in the latest take on the inventor and mega-entrepreneur. But even appearing as the iPhone king himself couldn’t convince Michael Fassbender to upgrade. In a culture that will line up for week’s in order to snag the latest device, Fassbender is instead fiercely sticking with his iPhone 4 which is apparently complete with a cracked screen. It’s an ironic and hilarious little trivia tidbit.

Becoming a top star in Hollywood doesn’t often happen overnight and actors take on any and every job they can to pay the bills as they find their way through auditions and minor roles. Before hitting the big-time, Michael Fassbender was a working Joe just like the rest of us, except that he was really, really ridiculously good-looking. And how did he bring in the money to pay the bills? Well, he had a couple of jobs including working as a bartender and even delivering mail for the U.K.’s postal service.

When Michael Fassbender wasn’t serving drinks or delivering mail, he was busy pursuing his acting goals which, at one time, included starting his very own production company. When he was just 18, Fassbender founded Peanut Productions but, unfortunately for hard-core fans, it was left behind as Michael continued to find success and fame through his various acting roles.

Actors aren’t opposed to taking on various other kinds of work to boost their image (and their bank account) and as long as the product isn’t totally at odds with the image the actor puts forward to the public. Michael Fassbender did just that and what better product for the Irish bloke to promote than Guinness which is basically synonymous with its country of origin for those who love to knock back a brew? Back in 2004, he appeared in an ad for Guinness beer and fans were surely lifting a pint to him.

Now working in the US, but raised in Ireland with German roots, Michael Fassbender can speak German. When he portrayed the character Lt. Archie Hicox in the film Inglorious Basterds, he had to work with a vocal coach to prepare for the role. When asked about his accent he said, “I can chat in German and watch a film in German, but my spoken German is rusty.” 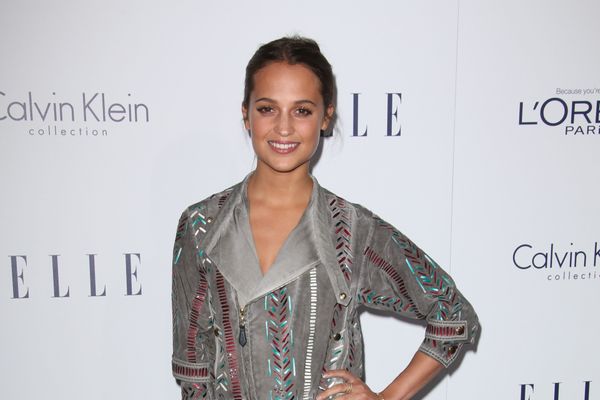