Nick Jonas has had a big career in a short period of time, rising to fame as one of the Jonas Brothers, a pop-rock band he formed with his two brothers, Kevin and Joe. While Kevin and Joe have been more absent from the spotlight following the group’s split, Nick has gone on to have a successful solo career, launching him into a new demographic of fans and new style of music. He can write songs, he can sing and he can act — these are all things that are widely known about the star, but as he turns another year older, now is a good time to check out some things you may not know about Nick Jonas!

Although he was born in Dallas, Texas, Nick Jonas was raised in Wyckoff, New Jersey, and was homeschooled by his mother, Denise. His parents are also where he gets his musical interest and talent. His dad, Paul Kevin Jonas Sr., is a songwriter and musician while his mother is a singer. Also, many often forget that there is another Jonas brother, the youngest, Frankie, who is often called “the bonus Jonas.”

Nick Jonas has been dealing with Type I diabetes since he was diagnosed with it at the age of 13. As a star with the medical condition he has used his celebrity to develop the Change for the Children Foundation, which raises money and awareness for diabetes.

8. Has Run With The Bulls

When he was 15, he actually went running with bulls, which is a popular sport in Spain; however, it often ends in very serious and sometimes fatal injuries. Obviously Nick came out of the event unscathed. Interestingly enough, he will run with bulls, but has no interest in swimming with sharks, which he says is one of his biggest fears.

Irving Plaza in New York City is very important for Nick Jonas and his career in music. It is where he saw his first concert, which was Switchfoot, and also happened to be very first venue he, along with his brothers, ever sold out in the height of their fame as The Jonas Brothers.

6. Has His Own Record Label

In May of 2015, it was revealed that Nick was starting his own record label, Safehouse Records, which he described as “artist-centric,” and of which he will be the co-owner. He started the label with his good friend and fellow popstar Demi Lovato and her manager Phil McIntyre, resulting in a collaborative arrangement.

Really liking movie is not something new and exciting for anyone, even celebrities; however, for Nick his favorite part is the experience of going to the movies. “I love movies, I always see movies any time I get the chance. I just like the experience. Sometimes I don’t even like the movie, I just like going.”

4. Celebrities Crush On Him

A lot of fans crush on Nick Jonas, and for good reason — he has grown from a sweet teen pop singer to a sultry pop star, not to mention the effects of him working out for the show Kingdom can be seen in many shirtless scenes. It seems he has also caught the eye of quite a few celeberities who admit to having a crush on Nick, including Neil Patrick Harris, who was quite candid about it. “He was good-looking before I was allowed to think he was good-looking. It was a bit of a problem, I had to wait until he turned 19 or 20,” Neil said.

3. Discovered In a Barber Shop

Nick has accomplished a lot for a 23-year-old, but when his career has spanned almost his entire life, it makes sense. Nick was discovered when he was only six years old when he was singing in a barber shop while his mother was getting her hair cut. By the next year Nick was on Broadway and, while Nick is now a solo artist, he started as one as well. It wasn’t until Daylight/Columbia Records heard, “Please Be Mine,” which was written and performed by all three were they signed as a group.

The Jonas Brothers are known for standing by their religious beliefs, which included them making Purity rings popular. The media jumped all over it when all three brothers stopped wearing their Purity rings before they were married, causing each of the Jo Bros to have to defend taking off their rings and why they did it. “This is a real growth in me and not something I’m doing anymore. But I’ve got my set of values, things that are important to me now at this point in my life and that’s all that matters,” Nick said. He also told Attitude magazine, “Sex is such an important part of a healthy life, in the sense that it’s such an intrinsic part of who you are. When your sex life is not healthy, you resort to other things as an outlet.”

1.Wanted to be an Astronaut

Being a world famous singer is definitely nothing to be ashamed of but, before that dream became reality, Nick wanted to be an astronaut. He once stated that, when he was six years old, he “applied to be an astronaut,” but was “denied.” He also joked about NASA’s reasoning for not accepting him: It had “something about my height…which was, rude,” he said. 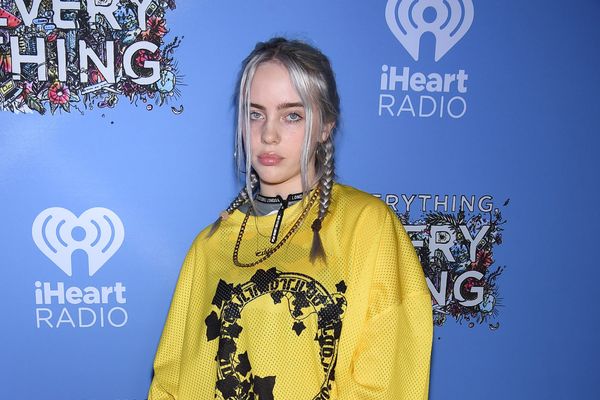