Musicians have a very demanding career that requires a lot of time in the studio, press tours, a lot of travel and performances around the world. As a result, it’s not uncommon for artists to take breaks throughout their career. While some breaks are short, others last years! There are many artists who’ve made the decision to either take a step back from Hollywood or quit all together and go into early retirement. Here’s a look at 8 singers who quit Hollywood!

British rocker Phil Collins is best known as the drummer and lead singer of the band Genesis. He’s also a songwriter, instrumentalist, record producer and actor. He’s a global artist with three UK and seven US No. 1 singles in his solo career and eight successful studio albums under his belt, making him one of the best selling artists in the world. Collins was forced into early retirement because of health issues. He lost a significant amount of hearing in his left ear and had a dislocated vertebra in his neck and nerve damage in his hands making it impossible for him to hold an instrument. In an interview with the Telegraph in 2011, Collins announced he was quitting music and that “no one will miss me.” His retirement only lasted a few years because in October 2015, he announced he was no longer retired, and would be heading out on tour and writing a new album.

Cat Stevens is a popular British singer-songwriter and multi-instrumentalist. He’s released several successful albums, but is well known for penning the hit song “The First Cut Is The Deepest” as well as “Father and Son,” “Wild World,” “Moonshadow,” and “Peace Train.” After a short, but extremely successful career he converted to Islam in 1977, adopted the name Yusuf Islam and auctioned all his guitars off to charity and left his music career in 1979. After a 28 year long break, he surprised everyone by coming back to the music world in 2006 when he released the pop album An Other Cup. He’s since released two more albums, went of his first US tour in nearly 30 years and was inducted into the Rock and Roll Hall of Fame.

Between 1999 and 2005, Eminem released five albums that sold nearly 50 million copies, but in 2004 his success began to wear on him. While he didn’t quit Hollywood altogether, he took a step back to deal with personal issues. For two years he barely ventured outside, didn’t give any interviews or release any new music. Rumors swirled that he’d gone into retirement, but in October 2008 he announced his comeback. He’s since released three albums, the most recent being in 2013, and recently announced he’s working on another album, but one thing hasn’t changed: The Detroit native rapper rarely ever makes any public appearances or talks to the media. He did step out in June 2017 and was barely recognizable to fans.

This American singer, songwriter, guitarist and producer is well known for his hugely successful hits like “Your Body is a Wonderland,” and “Waiting on the World to Change.” He’s released seven albums, received multi-platinum success and won seven Grammy Awards. In 2010 John Mayer caught a lot of flack after he gave two highly controversial interviews and made a name for himself as a notorious womanizer. This forced him to take a step back from the limelight. He stopped giving interviews all together, went off the grid and began to work on music privately at his home in Montana. During this time he developed vocal problems which sent him into an even longer hiatus. He continued to write music, but was unable to perform or give interviews. He made his return to the music industry in 2013 with a benefit concert and the release of his sixth studio album, Paradise Valley.

Country singer Chris Cagle rose to fame with the single “My Love Goes On and On,” “Chicks Dig It,” and “What Kinda Gone.” After four successful studio albums, Cagle announced he would be retiring from country music in 2015. He broke the news in a series of cryptic messages on social media. He wrote: “I would like to thank everyone for 15 yrs of a great time! From B&D to Flatts and fans!! I’m gonna miss my band and everyone!! All this means…I’m going home! I’m going to be a Father and a GREAT husband and enjoy my life!” Unlike other singers on this list, Cagle has so far remained true to his word and has not returned to the music industry, but rather stepped away from Hollywood to focus on his family.

Shania Twain is one of the most popular female country artists. She’s sold over 85 million records and won five Grammy Awards. Some of her biggest hits include “Any Man of Mine,” “Man! I Feel Like a Woman,” and “From This Moment On.” After a hugely successful career, Twain went into early retirement. She completely left the spotlight, remarried and moved to Switzerland. She’d been gone for over a decade when she announced her comeback. She’s been back in the studio and even gone on tour and is set to release a new album in the fall of 2017!

The Jonas Brothers unexpectedly broke up in 2013 with little to no explanation. It’s since been revealed that the band called it quits because Nick wanted to branch off on his own and said the group had been fighting a lot. Since then all three brothers have gone on to do their own thing, Kevin Jonas and his wife Danielle have welcomed two children and are focused on family life. He’s also taken a step back from the music industry and gone in a whole new direction! He currently owns and runs a custom home construction business in New Jersey.

Grammy winning hip-hop and R&B artist, Lauryn Hill has barely been seen or heard from since 1999. The singer rose to fame under her album The Miseducation of Lauryn Hill, which is still her only album to date. It received massive critical acclaim and earned her five awards. After the success of this album she abruptly disappeared from Hollywood with no explanation. She’s since clarified why she left and basically it came down to that she didn’t have the support system she needed for the fame she experienced. “There were things about myself, personal-growth things, that I had to go through in order to feel like it was worth it. Oftentimes, the machine can overlook the need to take care of the people who produce the sounds that have a lot to do with the health and well-being of society,” she said. She’s since collaborated with other artists and does still continue to perform, but has never made another album. 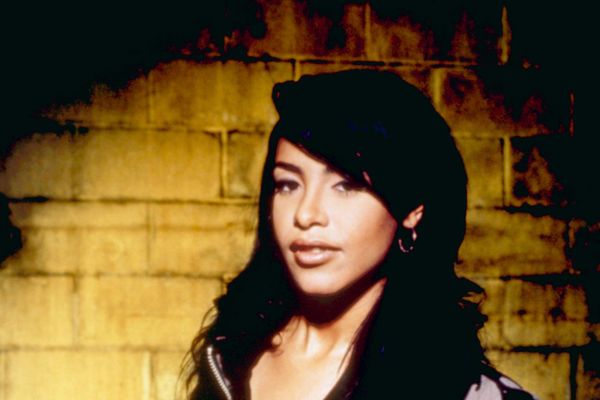 9 Singers Who Died At The Peak Of Their Careers