In the world of pop music, pop groups come and go faster than you can blink your eyes. Even some that manage to seemingly “make it” in the industry, only stick around for a few years max. We are taking a look some of those forgotten pop groups that none of us ever hear about anymore. Here are 7 pop groups that you forgot existed:

In the early 2000s, the pop group Dream made their mark in pop music with their single “He Loves U Not.” Their next single “This Is Me” was also successful and hit number one on Total Request Live. Although the group was supposed to release two more singles from their debut album It Was All a Dream, the singles were never released. In 2002, it was announced that Melissa Schuman left the group to pursue an acting career and then the remaining members – Holly Blake-Arnstein, Ashley Poole, and Diana Ortiz – recruited another member, Kasey Sheridan, and released their single “Crazy,” which did not receive the acclaim “This Is Me” did. Afterwards, the group quietly disbanded. Although they reunited for a tour in 2016, they have since disbanded.

Eden’s Crush was formed in 2000 on the reality TV show Popstars and included Ana Maria Lombo, Ivette Sosa, Maile Misajon, Nicole Scherzinger and Rosanna Tavarez. The group had a couple of hit singles, “Get Over Yourself,” which peaked at number 8 on the Billboard Hot 100, and “Love This Way.” They also joined NSYNC on their Pop Odyssey Tour and Jessica Simpson on her DreamChaser Tour, and toured with Play. Two years after they formed their girl group, they disbanded.

Ace of Base was a huge pop sensation in the mid ‘90s. Their hit single “The Sign” spent six weeks at No. 1 and became the best-selling single of 1994. Although their second album The Bridge went platinum, it failed to duplicate the success of their first album, The Sign. The group then disappeared from the spotlight, but attempted a comeback 1999 with the album Cruel Summer, but it also didn’t reach the same levels of success as The Sign. Although the group has since released more albums, Malin “Linn” Berggren left the group in 2007 and in 2009 Jenny Berggren announced she would be taking an indefinite leave as well. Ulf “Buddha” Ekberg and Jonas “Joker” Berggren recruited two new female vocalists, but they left the group in 2012. In 2015, re-mastered digital versions of the original group’s four albums were released, as well as a compilation of demos and B-sides called Hidden Gems.

Source: Ace of Base

LFO rose to fame in the late ‘90s with their song “Summer Girls.” In 2000, they served as the opening act for Britney Spears, co-headlined Nickelodeon’s All That Music & More summer tour and appeared on The Amanda Show as guest stars. In 2001, they released their sophomore and final album, Life Is Good, but the album was not a commercial success. In February 2002, the group disbanded, but they briefly reunited in 2009 and released the song “Summer of My Life,” only to announce later that year that they had permanently disbanded.

The English pop group S Club 7 – featuring Tina Barrett, Paul Cattermole, Rachel Stevens, Jo O’Meara, Hannah Spearritt, Bradley McIntosh, and Jon Lee – burst onto the scene in 1999 when they starred in their own show Miami 7 and then began pumping out hits like “Bring It All Back,” “S Club Part”y and “Two in a Million.” The group hit a speed bump in 2002 when Paul Cattermole left the group due to creative differences and then the group changed their name to S Club. In 2003, the group announced that they were disbanding; however, they did reunite in 2015 and re-released their 2003 greatest hits album Best: The Greatest Hits of S Club 7 that year as well.

3LW was another girl group that was catapulted to fame during the early 2000s. The group (which consisted of Adrienne Bailon, Kiely Williams, and Naturi Naughton) showed a lot of promise. Their self-titled debut album was certified platinum by the RIAA and sold 1.3 million copies in the U.S. During the height of their fame, they were invited on the MTV Total Request Live tour along with Destiny’s Child, Dream, Nelly, Eve, and Jessica Simpson. When they group released their sophomore album, A Girl Can Mack, sales were disappointing and right before it’s release, Naughton announced that she was no longer in the group. While Bailon and Williams recruited a third member, Jessica Benson, to replaced Naughton, they never released another album and quietly disbanded in 2008.

Aqua was a Danish-Norwegian pop group that consisted of four members: Lene Nystrøm and René Dif, keyboardist Søren Rasted, and guitarist Claus Norreen. Their hit “Barbie Girl” is what put them on the map. During their prime, the pop group was popular not just in Europe but in Canada, United States, Brazil, Australia and Japan, they quickly slipped out of the limelight not long after they rose to fame. In 2001, the group split, but in 2007 got back together for a 25-concert reunion tour and released a greatest hits album that featured three new songs. They released another album in 2011, Megalomania, and in 2016 they announced that they would perform at least 10 concerts, but in September of that year Claus Norreen left the group. 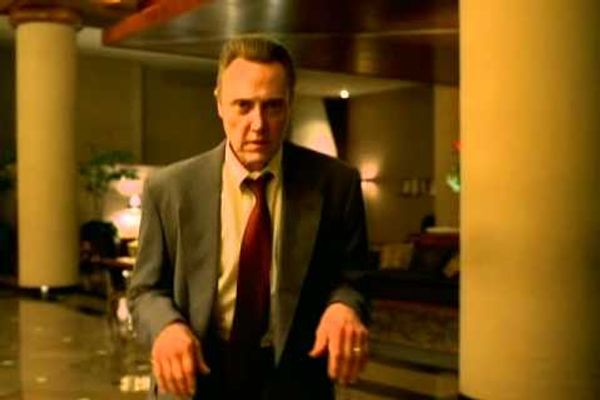