Owen Wilson is one of the most recognizable actors in Hollywood, who might be best known for his comedic roles, but really has done it all in the industry. He also happens to be one of those stars that everybody knows of, but no one seems to really know. His name and face are rarely plastered in headlines, and he isn’t known for giving extensive and revealing interviews, which makes him quite the mystery. Since he is so loved by fans, and so interesting, take a look at 10 things you didn’t know about Owen Wilson.

Although he has most definitely found success with acting, Wilson has always admitted that it isn’t his first passion. He has often expressed that he considers himself a writer above all, and pursued an English degree at the University of Texas at Austin. Wilson wrote and starred in Bottle Rocket which was his first ever and breakout role, and went on to co-write the scripte for the Wes Anderson films Rushmore and The Royal Tenenbaums.

Although Wilson, had a gift for writing, he wasn’t necessarily the typical “good” kid or excellent student. When he was in the tenth grade at St. Mark’s Prep School in Dallas, Wilson stole his geometry teacher’s textbook and copied out the answers to an exam. As a result he was expelled from the school and sent to the New Mexico Military Institute in Roswell. It was all the path to his success, as he finished school at the Military Institute and went on to the University of Texas at Austin where he met and befriended Wes Anderson. Together Wilson and Anderson wrote the screenplay for Bottle Rocket, and so began their careers in Hollywood.

Owen Cunningham Wilson was born on November 18, 1968 in Dallas, Texas to Laura and Robert Andrew Wilson. His mother was a photographer and his father was an advertising executive and operator of a public television station. He is also the middle brother to actors Andrew Wilson and Luke Wilson, who all moved in together in L.A. along with Wes Anderson to start their careers together.

As fans are well aware, one of Wilson’s trademarks is the shape of his nose, which interestingly enough, he declines to talk about in most interviews. As it turns out, Wilson’s nose is out of shape because it has been broken not once, but twice. The first time was a football injury Owen sustained while playing on his high school’s football team, and the second time was during a fight Wilson got in while in High School.

Fans are well aware that Wilson got his big break, along with his brothers Luke and Andrew, in the 1996 film Bottle Rocket. At the time, the film received praise from critics but by all accounts “bombed” after making only $1 million dollars. Wilson later admitted that he almost couldn’t handle what he felt was the failure of the film, and began seriously looking into joining the military to get away. In an interview with Playboy in 2005, Wilson said, “There was something about having my face up there that made it seem like a personal rejection. I just wanted to distance myself. I even looked into joining the military.” He added, “I got the phone book and started calling different branches. I was 28, and I think at the time the Marines had the oldest age for being able to sign up and still be an officer. I lived in a house with Luke and Wes, so I kept having to run out to the mailbox to keep them from finding any recruiting stuff.”

Despite being known as the fun-loving, optimistic and hilarious guy in the majority of the movies he has starred in, over the years it has become clear that, in his real life, Wilson has battled with some very difficult things. Behind his fun-loving exterior, close friends admitted that the actor has had “demons” and eventually got into the “hard stuff” when it came to drugs. Quietly, Wilson was even admitted to rehab twice within the 2000s, once at Promises and once at Hazelglen, and it also became known that, despite treatment, Wilson had a history of disappearing for two to three days at a time, convincing many friends he was using drugs again.

In 2007, Wilson’s longtime inner and private struggle with his demons came to a head when he reportedly attempted suicide. On August, 26, 2007, the actor took pills and then cut his wrists at his home in Santa Monica, trying once and for all to get away from his problems. His brother, Luke, found him and although he was able to be saved, Owen had lost a considerable amount of blood and was in a poor state when he was finally attended to by medical professionals. Interestingly there were signs that Wilson was not as happy and optimistic as his characters portrayed in the years leading up to his suicide attempt. In a 2005 interview with Rolling Stone, Wilson stated, “I’ve started to notice that, as you get older, mental health is as fragile as physical health. I’ve never had a breakdown, but you can really get side-swiped by stuff like depression. I’m an up-and-down person. That’s one thing that girlfriends would complain about. I’m inconsistent, not romantic enough.”

Owen Wilson’s personal life has proven to be pretty complicated over the years. One of Wilson’s first big public romances was with singer Sheryl Crow who in 2002 dedicated the song “Safe and Sound” to Wilson. In the liner notes she wrote that it was an account of thei relationship. He then famously dated Kate Hudson after the pair met on the set of the 2006 film You, Me and Dupree. Although the two broke up in 2007, they reconciled in March of 2008 but brooke up again in 2009. In December of 2009, Wilson began dating Federal Air Marshall Jade Duell, and at the age of 42, Wilson became a father for the first time when Duell gave birth to their son Robert Ford Wilson on January 14, 2011. Wilson and Duell broke up later in 2011, and Wilson shocked many when he announced that he was going to become a father for the second time in 2014 with his personal trainer Caroline Lindqvist. At the time of the announcement, Lindqvist revealed the pair were not in a relationship, but close friends who had decided to have a baby together. On January 30, 2014, Lindqvist and Wilson welcomed their son, Finn Wilson.

After more than 20 years in the industry, Owen Wilson now has 65 acting credits to his name and to go along with it, an estimated net worth of $45 million. The substantial net worth is thanks of course to his lead role in many hit films right from the beginning of his career such as Anaconda and Armageddon. For films such as Shanghai Noon, Zoolander and Behind Enemy Lines, Wilson made anywhere from $2-$4 million, and got huge pay days of $10 million or more for films such as Starsky & Hutch, Wedding Crashers, and Little Fockers.

For his entire life, Owen Wilson has been very close to his family, especially his brothers, and more specifically his youngest brother Luke. Over the years they have appeared in four films together, all starting with Bottle Rocket, and Owen revealed that right before they were supposed to meet with James L. Brooks about the movie, the brothers got in a scrap. “Luke and I had a punching fight. I had scratch marks down my face. I had to get on the plane. It’s really emotional fighting your brother. We were crying a little bit on the flight. We went to the meeting. It was such a heavy vibe from us, they didn’t even ask us what had happened to our faces.” 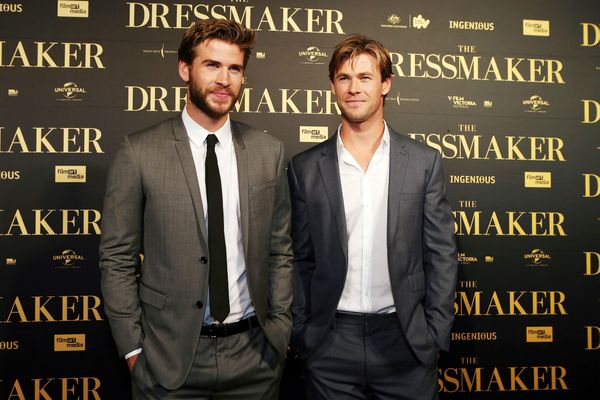