Things You Might Not Know About ‘The Golden Girls’

There are few sitcoms that have become as iconic as The Golden Girls. Beginning its run in September 1985, the series continued for seven seasons starring Beatrice Arthur, Betty White, Rue McClanahan and Estelle Getty before coming to an end in May 1992. The outstanding series not only gained millions of fans, but also won the Primetime Emmy Award for Outstanding Comedy Series twice and also took home three Golden Globes, and as recent as 2014 was placed on the “101 Best Written TV Series of All Time” by the Writers Guild of America. While the show has certainly been one of the most talked about even more than 20 years after it came to an end, there is always more to know! Here are 10 things you never knew about the popular series:

Casting the perfect group to create a successful show is stressful and it seems the stress led producers down the wrong path when trying to cast the character of Dorothy at first. Although the actress they were looking for was described as a “Bea Arthur type” they didn’t even ask the actress if she wanted to be part of the show and went ahead and auditioned others. It wasn’t until after failed auditions and refusals from actresses that producers finally realized they should ask Bea Arthur herself to be in it. Although she had initial reservations about taking part because she felt her own role as well as Rue McClanahan’s were too similar to their roles in Maude, once she learned that White and McClanahan had switched roles, she agreed to be in the series. 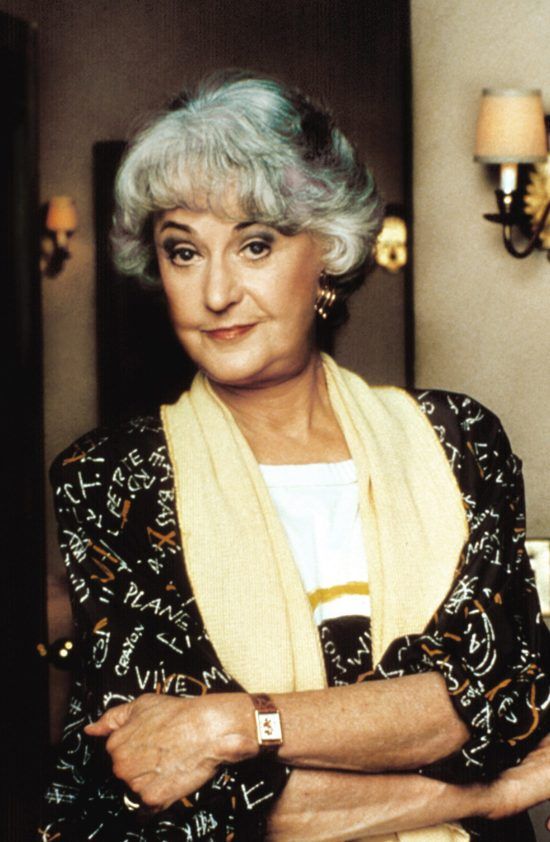 The idea for The Golden Girls all started with NBC’s Brandon Tartikoff. While visiting his elderly aunt one day, he was entertained by how she and her best friend and neighbor bickered and interacted with each other. Interested by the unique concept and an unexplored demographic, Susan Harris ran with the idea and instead of focusing on women in their 40s, she bumped it up to women in their 60s. Upon receiving Harris’ pilot script, NBC senior vice president Warren Littlefield immediately approved the series for production. 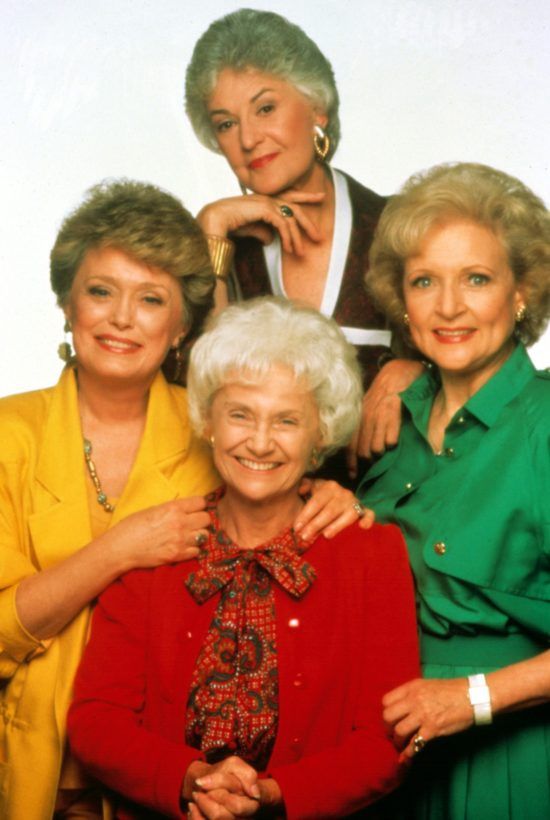 The Golden Girls definitely attracted a huge audience and numerous fans, but one of the biggest yet more surprising fans of all was The Queen. Given the ladies’ sexual jokes and racy dialogue, it was a huge surprise to many that Queen Elizabeth vocalized her love of the show and in 1988 the cast was asked to perform live for the Queen and some guests in London. Although they censored the dialogue, Bea Arthur revealed it seemed that their honored fan quite liked the racy lines and laughed at their jokes and witty replies. 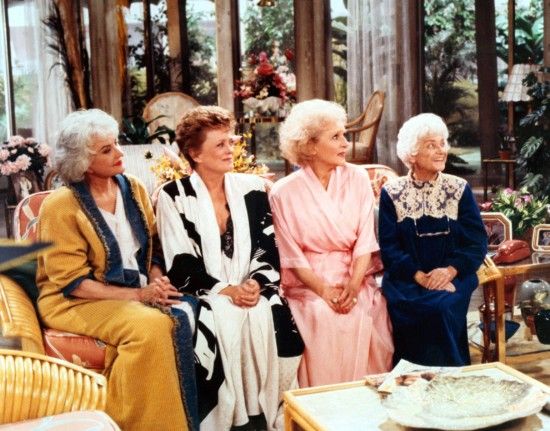 Fans know that the ladies lived at 6151 Richmond Street, Miami, but in real life the outside shots of the house from the third season on were shot at Disney’s Hollywood Studios. Prior to the third season, shot s were used from a residence in Brentwood, California. In 2003, Disney destroyed the model house to make room for its “Lights, Motors, Action!” attraction. Many fans also wondered why, despite four women living in the house, the kitchen table only had three chairs and that was because of the filming restrictions. If there were four, they would either have to squeeze in shoulder to shoulder or someone’s back would be facing the camera, so one always had to stand. Bea Arthur was always in the middle because of her height and because it gave her the best position for cameras to catch her facial expressions. 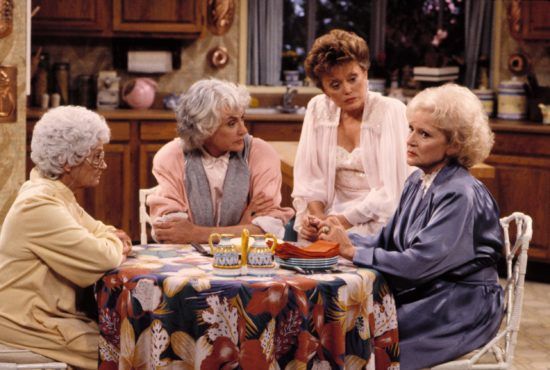 Estelle Getty was actually the first to be cast in the role of Sophia Petrillo and won the part despite not being nearly as old as her character was supposed to be. Since Getty began acting so late in life she often felt intimidated by her veteran co-stars, and constantly battled stage fright, admitting she froze up often when filming. Rumors swirled that there was tension on set because everyone had to film so many retakes because of Getty’s mistakes, but she was the one character who received the most fan mail. In the role of the mother of Bea Athur’s character Dorothy, Getty had to undergo a huge transformation from the makeup team before every taping to make her look old, and things got worse when she went and got a facelift after season one, making it even harder to make her look much older than the other women. 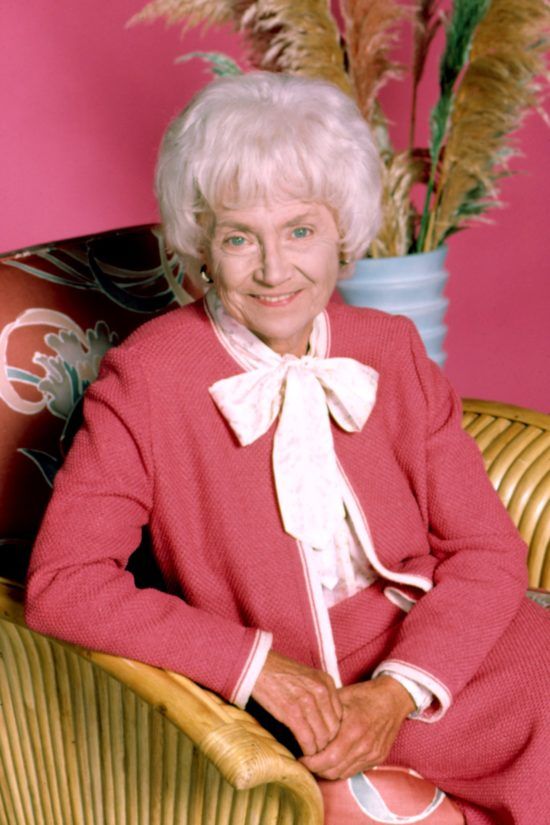 While many actors and actresses take mementos or keepsakes from sets, it is safe to say Rue McClanahan may have got the best keepsakes of all. McClanahan, who portrayed Blanche, had it put in her contract that she could keep all of the custom-made clothing for her character. She revealed that she ended up converting a kitchen in her Manhattan apartment into a closet and eventually had 13 closets filled with over 500 outfits that she wore on set. 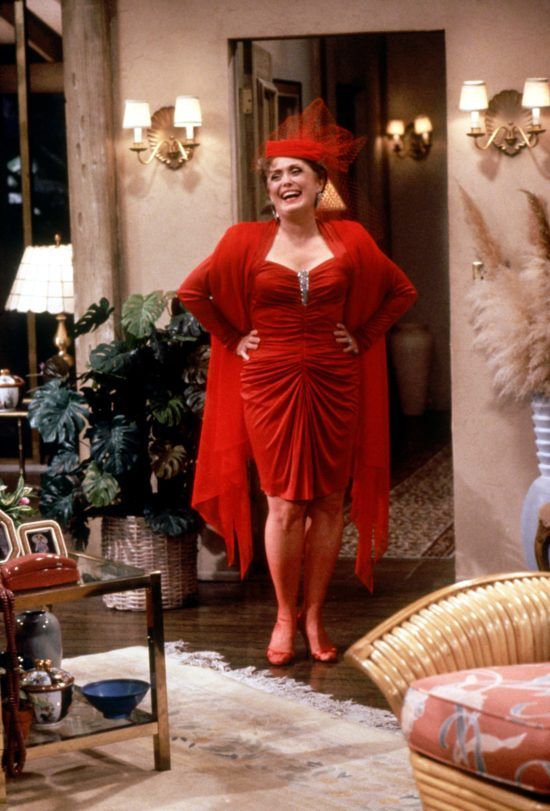 With food being involved in many of the conversations the women had around their kitchen table, it quickly became a tradition for them to share a cheesecake. Over 100 cheesecakes were eaten over the course of taping the series, but the most incredible thing about it is that Bea Arthur (Dorothy Zbornak) actually hated cheesecake off-camera. 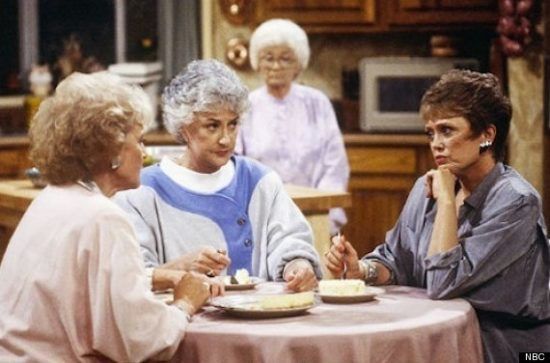 While they portrayed feisty and hilarious best friends on-screen, it seems things weren’t so friendly off-camera for some of the stars. It turns out both Betty White and Rue McClanahan got along very well when the cameras weren’t rolling, but both women had their issues with Bea Arthur. Long after the series came to an end, White said in an interview, “Bea had a reserve. She was not that fond of me. She found me a pain in the neck sometimes. It was my positive attitude – and that made Bea mad sometimes. Sometimes if I was happy, she’d be furious!” In a different interview McClanahan admitted that she also didn’t really get a long with Arthur. “Bea is a very, very eccentric woman. She wouldn’t go to lunch with me unless Betty would go with her.” 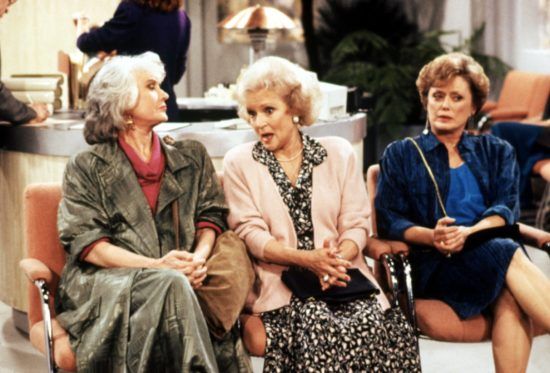 With so much love for Estelle Getty’s portrayal of Sophia, many fans didn’t realize that she got some of the most cutting of lines and comebacks because she had previously suffered a stroke that had affected the part of her brain that censored speech. As she got older, Getty’s health got worse and she was diagnosed with both Parkinson’s and Alzheimer’s, but in the mid-2000s it was discovered that both of those diagnoses were incorrect and she was actually suffering from Lewy Body Dementia. Unfortunately the medications she was given for her misdiagnosed diseases ended up making her actual health problems worse and only days before her 85th birthday in July 2008, Getty passed away. 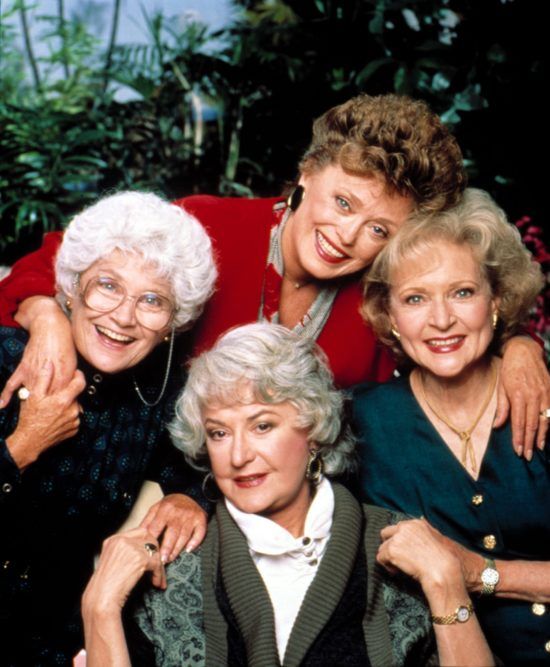 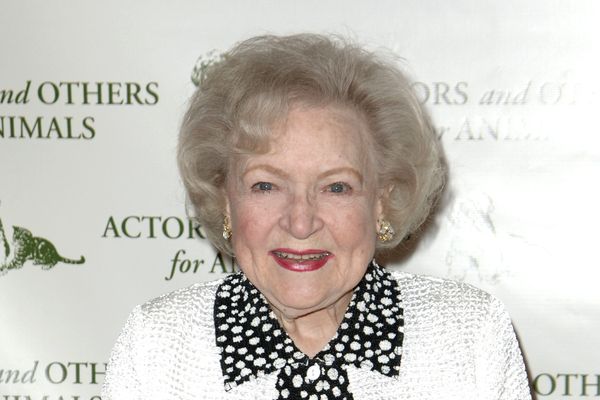