Top Chef is one of the most popular reality competitions on television, which features chefs competing with one another in various culinary challenges. Premiering in March 2006, it has been going for 14 seasons and was recently renewed for a fifteenth season. It has also spawned multiple spin-offs including Top Chef Masters, Top Chef: Just Desserts and Top Chef Junior. It doesn’t look like the show is going anywhere anytime soon, so here are 8 things you didn’t know about the Bravo series:

Filming an episode on average takes anywhere from two to three days. Elimination days usually take around 14 hours to film and judging can take that long as well, especially if the challenges are complicated.

While filming, contestants can’t have any contact with the outside world, which means they can’t have cell phones, laptops or internet access while they are on the show. Even cookbooks are prohibited. Once contestants arrive, producers go through every piece of luggage that they bring with them. One contestant even had her Apple watch taken away!

The judges and the contestants do not speak to each other during filming. “They are not allowed to even say hello to us if we are off camera,” head judge Tom Colicchio told Eater Denver. “And there is someone with them at all times to make sure that that happens.”

Unlike viewers at home, the judges don’t see any of the scenes leading up to the judging. “I have no idea what is going on right now while they are shopping. I don’t know what is going on tonight when they go home. We don’t get that information. We don’t want it,” Tom Colicchio said. This means that if a trip to the grocery store goes horribly wrong the judges won’t give that person any slack for it because they didn’t see it. They are simply judging on the food.

All of the host Padma Lakshmi’s dialogue has to be vetted by the show’s legal team, so she has to wear an earpiece so all of the legally approved info can be fed to her while she’s on-camera. As a result, when she’s reading the challenges, she sounds kind of robotic.

Every contestant has to make a photo friendly second plate for photography purposes. “On pretty much every single challenge on the show, the chef has to make two plates of everything. And before the judge gets to it, we sneak in and grab it for [photography purposes]. We have a camera set up in the area that we call the food-porn area, because we want the food to look as sexy as possible,” executive producer Shauna Minoprio told Daily News.

When the show first started, the judges would sometimes take up to eight hours to deliberate. “When we first started judging, it used to take us eight hours, but these days it’s about four or five hours depending on the challenge and depending on how complicated it is – that includes talking to the contestants and dealing with lighting switches. Our actual deliberation times vary – sometimes it takes as little as 20 to 30 minutes, but more often than not, it’s over an hour. We don’t take these decisions lightly because we realize they greatly affect the contestants’ lives,” Gail Simmons said. 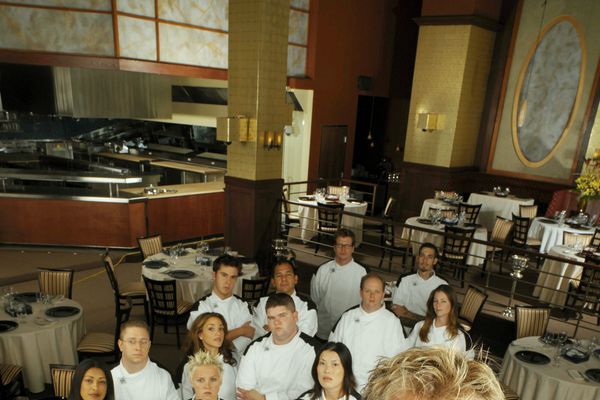