Mindy Kaling’s show The Mindy Project has quite the fan following. Unfortunately, it wasn’t enough to prevent the show from being canceled. But since Hulu picked it up and it’s now going on its sixth season, we can’t wait to see how things play out. For those of you Mindy fans out there, here are 10 things you didn’t know about The Mindy Project:

The Mindy Project was initially commissioned by NBC with the name It’s Messy, but it was released from NBC’s projects and the script was sent to Fox. Fox execs said yes, changed the name and the first episode was aired in September 2012.

Mindy Kaling’s late mother was an OBGYN, just like her character on the show.

Although the show is supposed to take place in New York City, it is actually filmed at Universal Studios in Los Angeles. “On the lot there’s a big New York street and that’s where we do a lot of our exteriors like outside of Mindy’s office and outside Mindy’s apartment. Before I came to the show I was so impressed by how much it looks like New York,” writer Tracey Wigfield said.

Mindy Kaling decorated the majority of the set. According to Jeremy Bronson, a writer on the show, 90% of Mindy’s on-set apartment was selected and paid for by her. She even decorated the space with her own photos.

6. Getting Wiggy with It

During season two of The Mindy Project, Mindy Kaling sported some really short hair; however, unlike Felicity, Mindy didn’t actually cut her hair – she wore wigs instead! “We do different wigs. For me, it’s a dream because every girl wants to have short hair, but then all the guys in our life are like, ‘We hate it!’” she told Access Hollywood.

Mindy Kaling is in charge of The Mindy Project. She is the creator and showrunner, as well as its star.

The writer-turned-actress makes sure her character is wearing the most up to date styles. “I send suggestions [to the costume designer],” Mindy said. “I obviously don’t have time to go to all the New York Fashion Week stuff but I watch all the runway shows. I’ll find something and send the images to Salvador Pérez, Jr., our designer.”

Before Ike Barinholtz was cast as nurse Morgan Tookers, he auditioned for the role of Danny, which went to Chris Messina.

The group Media Action Network for Asian-Americans had a problem with Dr. Mindy Lahiri’s taste in men. According to them, she only dates white men: “We are concerned that in the course of two seasons, her character, Dr. Lahiri, has had a ‘white-only’ dating policy involving about a dozen men.” Mindy responded with, “Do people really wonder on other shows if female leads are dating multicultural people? Like I owe it to every race and minority and beleaguered person. I have to become the United Nations of shows?” 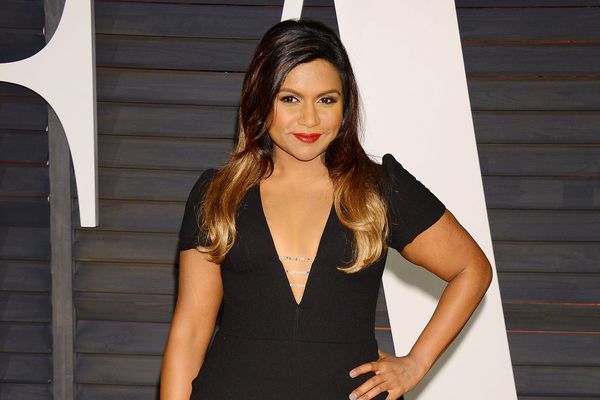