Yolanda Foster is actually a pretty remarkable woman. She has been dealt some pretty heavy blows (her Lyme disease diagnosis for one), but regardless of this, she goes through her life with such dignity and grace. Since her marriage to David Foster just ended, we figured everyone would want to know a few things about this Dutch-born reality TV star. Here are 10 things you didn’t know about Yolanda Foster:

Before she landed a spot on Real Housewives of Beverly Hills, she was already involved in a reality show in Holland called Nederlandse Hollywood Vrouwen (Translation: Dutch Hollywood Women).

Yolanda designed every inch of the house she shared with David Foster in Malibu. Including construction, the whole process took about two years.

Because of Lyme disease, Yolanda has been experiencing serious neurological problems. “I have lost the ability to read, write, or even watch TV, because I can’t process information or any stimulation for that matter,” she wrote on her blog. “It feels like someone came in and confiscated my brain and tied my hands behind my back to just watch and see life go by without me participating in it. Unfortunately I have lost the ability to do so in an intelligent matter at this time.”

She’s a big fan of the Master Cleanse, a diet that permits no food and instead includes freshly squeezed lemon juice, organic maple syrup, cayenne pepper and filtered water.

She grows her own vegetables in her garden.

When Yolanda was 7 years old, her father was killed in a car accident, so her mother raised her and her older brother Leo on her own on a farm in Holland.

4. Working at a Young Age

Growing up, her family was really poor (which was only exacerbated when her father died suddenly). Yolanda began working to help support the family when she was just 12 years old.

She got her big break when she was 16 years old. She did a hair show for a friend of hers in Amsterdam, a Dutch designer Frans Molenaar, who asked her to replace one of his runway models. Then Eileen Ford – owner of Ford Models – discovered Yolanda and she began modeling all around the world in cities like Paris, Milan, Sydney, Cape Town, Tokyo, New York, Los Angeles and Hamburg.

Yolanda stopped modeling when she married real estate developer Mohamed Hadid and became a full time mom as soon as she started having children. “I think that children, their character, and who they become later on is really shaped the first eight, nine years of their life. So for me, I stopped working and really was a full-time mother 24 hours a day, seven days a week, and I put in my time. And now at a later point of life, I can sit back and trust that I’ve given them the foundation they need to be independent young women,” she told Glamour magazine.

The Real Housewives of Beverly Hills star’s ex husband Mohamed Hadid is the one who set her up with her soon to be ex husband, David Foster. “Mohamed and I were friends, and we had this plan that we were going to live together. I was walking around his house, and I saw all these photographs of him and her and their children. I said, ‘That’s your ex-wife, and I’d like to meet her.’ So he introduced us,” David told Haute Living. 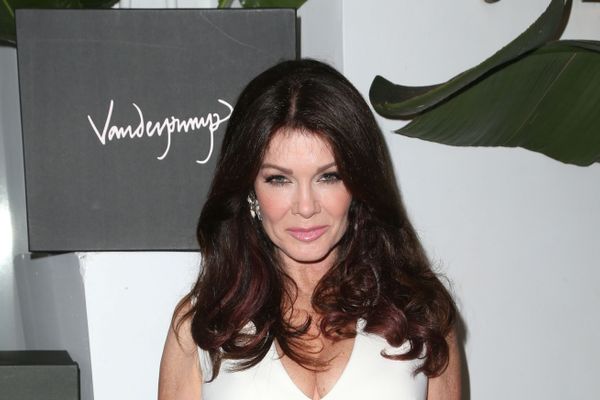