Bristol Palin is probably one of the most famous teen moms in America. She was just 17 when the world learned about her pregnancy with Tripp while her mother, Sarah Palin, was running for Vice President alongside John McCain. Now that she’s been cast in Teen Mom OG, people are dying to know more about the Alaska native. Check out these 12 things you should know about the mom of three:

In 2010, Bristol appeared in an episode of The Secret Life of an American Teenager. She portrayed a friend of Amy (Shailene Woodley’s character) who was dealing with an unexpected pregnancy. After that role, she said that she wouldn’t be doing anymore acting and that she would be focusing more on speaking engagements.

Palin announced in March 2015 that she was engaged to former marine, Dakota Meyer. The two had met in 2014 while filming Amazing America in Alaska with her mother Sarah Palin. A week before the two were scheduled to get married, Sarah announced that the wedding had been called off. According to Palin, she got “cold feet.”

Bristol and her siblings, Willow and Track, as well as her dad Todd got involved in a bloody brawl while attending a house party in Anchorage, Alaska, in September 2014. According to the Palins, the fight started after a woman pushed Bristol’s younger sister, Willow, and the owner of the house/party host physically attacked Bristol and called her offensive names. Other witnesses, however, allege that Bristol punched the party host in the face five or six times before he grabbed her fist and pushed her to the ground and that this was what started the brawl. Track and some friends then got involved to defend Bristol and so did Todd. Despite the magnitude of the fight, no one pressed charges.

After appearing with Kyle Massey on Dancing with the Stars, Palin was set to appear with him and his brother in a reality show on BIO, which featured her raising her son in L.A. After BIO ordered 10 half-hour episodes in 2011, however, a TV producer took the idea and sold it to Lifetime, which is where Palin’s reality show, Life’s a Tripp, aired. Since Kyle was not compensated, he filed a lawsuit, demanding more than $500,000 in damages. In 2013, a settlement was reached between both parties, but the details weren’t released.

The new Teen Mom OG star had been planning on waiting until marriage to have sex, but began a sexual relationship with her high school sweetheart, Levi Johnston, during high school. After having Tripp and breaking up with Levi, she vowed to be celibate until she was married. In 2015, however, she announced that she was pregnant with her second child after calling off her wedding to Dakota Meyer, claiming that the pregnancy “was actually planned.”

In high school, Bristol was interested in going to college for nursing but had to abandon her college plans when she got pregnant with Tripp. After that, she planned on enrolling in a two-year business program so that she could pursue a career in real estate. Following her stint on Dancing with the Stars, she moved to Arizona and was thinking of attending Arizona State College, but she ended up doing a reality show instead.

Palin debuted a new look at the White House Correspondents Dinner in May 2011. While many assumed that the 20-year-old had plastic surgery, she told Us Weekly that she had “corrective jaw surgery.” “Yes, it improved the way I look, but this surgery was necessary for medical reasons…so my jaw and teeth could properly realign…I don’t obsess over my face,” she said. Even though she isn’t one to fixate on her appearance, she was still really excited at the results of her surgery. “I am absolutely thrilled with the results,” she gushed. “I look older, more mature, and don’t have as much of a chubby little baby face!”

Following the birth of her son Tripp, Bristol became a Teen Pregnancy Prevention Ambassador for the Candie’s Foundation, a teen pregnancy prevention organization. In 2009, she made more than $260,500 advocating that teens abstain from sex for the organization. Her compensation was criticized since it was 12 percent of Candie’s annual budget.

In October 2010, she appeared in a music video for the Alaska band, Static Cycle. Her role in the video for “Inside This World of Mine” was as mother nature. It was shot in an ice museum in Chena, Alaska. Bristol rocked a mink hat and coat in the video and is responsible for melting the snow and setting everyone free.

Dakota Meyer filed for divorce from Palin in February 2018 citing “discord or conflict of personalities” as the reason for the demise of the relationship. According to the divorce papers, this discord “destroy[ed] the legitimate ends of the marriage relationship and prevent[ed] any reasonable expectation of reconciliation.” Bristol and Dakota have two young daughters together, Sailor Grace and Atlee Bay.

last game of the season!! #champs

In 2012, Bristol revealed that she’s against marriage equality when she criticized the president at the time, Barack Obama, for endorsing gay marriage after he realized that some of his daughters’ friends have same-sex parents. On her blog, she wrote, “While it’s great to listen to your kids’ ideas, there’s also a time when dads simply need to be dads. In this case, it would’ve been helpful for him to explain to Malia and Sasha that while her friends parents are no doubt lovely people, that’s not a reason to change thousands of years of thinking about marriage.  Or that – as great as her friends may be – we know that in general kids do better growing up in a mother/father home.  Ideally, fathers help shape their kids’ worldview.” Other celebrities including Lo Bosworth, Samantha Ronson, Kathy Griffin and Lea Michele took to Twitter to criticize her for being close-minded, especially considering that she was raising Tripp without his father, Levi. 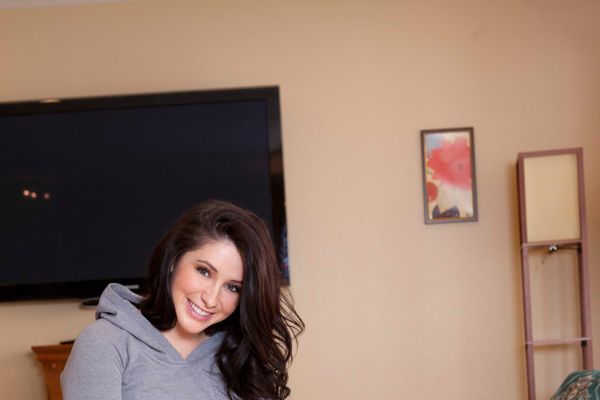